Yuriy Shchuklin, an expert in the logistics market, the founder of a number of freight forwarding companies, gave a forecast of the market's reaction to the departure of the state carrier Ukrzaliznytsia from the transportation of grain cargo. 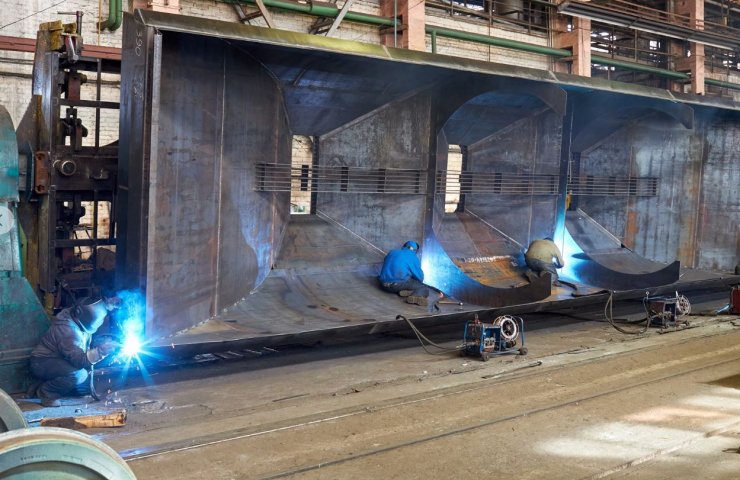 The departure of the state carrier Ukrzaliznytsia from the grain transportation market will stimulate its former customers, grain producers and elevator owners to acquire their own fleets of grain carriages in order to reduce the risks of pressure from an unjustified increase in the wagon component of the tariff on the cost of transportation.

This forecast was voiced by Yuri Shchuklin, a logistics market expert, founder and owner of a number of transport and forwarding companies.

The expert argues that the owners of private wagon fleets will not be able to occupy the current market share of Ukrzaliznytsia in the grain transportation market (which is now 14%), since the experience of previous seasons will stimulate the current clients of Ukrzaliznytsia to independently solve the problem of providing their goods with wagons .

- Many people have invested in private parks and want to get their money back quickly. But if they believe that with the departure of Ukrzaliznytsia as a player in the transportation market, there will be a shortage of wagons and a high level of prices for the wagon component of the tariff will return, as in 2018-2019 (more than 10 thousand hryvnias /trip), they will be disappointed. There will be no repetition of 2019: adequate cargo owners with stable production volumes, for six or more months of shipment, will not remain in the business model of investors in private fleets who rely on bubble prices and payback of wagons in less than 10 years, explains Yuri Shchuklin. - Agrarian producers of grain, owners of a cargo base and elevators - there is no reason to pay a tariff that contains in its structure the return of other people's loans, return on other people's investments, the profit of other people's companies, not to mention the maintenance of other people's patrons and their "friends". Why, if they can organize all this for themselves? The production, processing and storage of grain is much more complicated, technologically advanced and risky than the possession of a fleet of wagons on their sidings. Perhaps there are more "sectoral", corrupt "conditions" and payments, but their owners of private parks still include in their estimates twice. As soon as Ukrzaliznytsia's wagon fleet is decommissioned and leaves the market, grain clusters will acquire wagons to transport their product. And the success of Kernel and Nibulon is the best proof of the sustainability of the model, where the cargo owner controls all the risks associated with timely delivery and receives all the benefits from well-organized logistics.

Yuri Shchuklin predicts that private parks not affiliated with manufacturers or owners of infrastructure (as well as the remnants of the working fleet of Ukrzaliznytsia) of grain carriers will be used only during the peak export season 3-4 months a year and will mainly serve gray unsystematic speculative grain market:

- The cargo base of private fleets, which seek super-profits and very quick payback, and which bought car fleets for such purposes, will consist mainly of the gray and speculative market. That is, from companies without long-term plans and strategies, without ambitions and their capitalization, without a successful credit history, which work haphazardly and ad hoc. There will be enough of such cargo in Ukraine for the time being. But the market will evolve. Fleets of wagons that are not secured by long-term contracts and cargo for long periods will begin to strain their owners and creditors. And these fleets of young cars leaving the market may be of interest to systemic market players who have access to cheap money and strategies for decades (including private traction). I do not exclude that the future “general” competitor of “Ukrzaliznytsia” already possesses such a strategy, for which the MIU functionaries are freeing the market, the expert notes.

Recommended:
Novokramatorsk Machine-Building Plant built two roadheaders of a new model P110-03
Tomorrow Ukraine will sell the rights to the largest titanium ore deposit - Gosgeonedra
ArcelorMittal Kryvyi Rih received two more EffiShunter 1600 diesel locomotives from the Czech Republic
On this topic
Новые правила ограничения сроков эксплуатации грузовых вагонов стали результатом уступок
The efficiency of industrial parks in Ukraine is less than 7% and almost all of them are "zombie
Prospects for ship repair in Ukraine
How the reform of the electricity market in Ukraine can lead to a collapse and what to do about it
Ukrmetallurgprom Ukrzaliznytsya accused in abuse of monopoly position
Ukraine needs 16 billion dollars of investment in infrastructure and grain storage
Add a comment
Сomments (0)
News Analytics
Iran is satisfied with the reaction of the world community to 60% enrichment of18-04-2021, 13:24
Gas prices in Ukraine have reached a record value over the past two years -16-04-2021, 17:24
Ukrmetallurgprom asks the Antimonopoly Committee to allow Metinvest to bid for16-04-2021, 17:23
A fatal accident occurred on the territory of the Dnieper Metallurgical Plant16-04-2021, 13:01
Cars built for Euro 2012 will be repaired at the Kryukov Carriage Works16-04-2021, 12:46
World Steel Association predicts a good year for metallurgists15-04-2021, 18:19
World Steel Association defines green steel and its variations12-04-2021, 13:14
China unlikely to cut steel capacity in 2021 due to high steel prices07-04-2021, 12:11
Scrap metal market at the beginning of April02-04-2021, 11:10
Rising Chinese Prices Fueled Rising Global Steel Prices - MEPS25-03-2021, 18:54
Sign in with: