The Cabinet of Ministers approved an action plan for the implementation of the National Transport Strategy of Ukraine until 2030. Among other things, the document provides for the replacement of public transport with a more modern and environmentally friendly one. 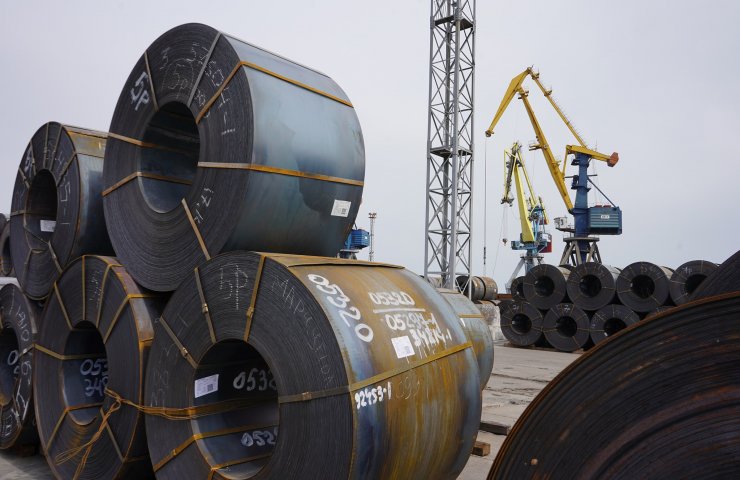 The Ukrainian Union of Industrialists and Entrepreneurs (USPP) is convinced that the next step in implementing the adopted National Transport Strategy of Ukraine until 2030 should be the adoption of programs to transparently support the localization of production.

The Business Union has repeatedly drawn the attention of the government and local administrations to the need to provide a reasonable priority in tenders to domestic companies and goods. This will allow upgrading urban and municipal transport, intercity infrastructure, loading the capacity of domestic engineering enterprises producing buses, trams, trolleybuses, metro trains and their components.

Now these indicators are disappointing - the share of imports in government purchases of engineering products in Ukraine is 46%. The same figure in the US - 4%, in the EU - 10%.

Expansion of the transport engineering program in Ukraine would give an increase in GDP by 2.3 and about 15,000 jobs in car building and more than 30,000 in related industries, according to the USPP.

Currently, transport engineering in Ukraine is showing a steady decline, having decreased by another 7% in February.

“Renovation requires both the railway infrastructure, where the depreciation of assets reaches 90%, and urban transport. The national strategy should stimulate the modernization of transport, while placing an order on domestic producers. These are jobs and an increase in the solvency of the domestic market, ”noted the President of the USPP Anatoly Kinakh.

USPP has ready-made developments in this direction and maintains communications with the government. However, they propose here a more systematic approach to the formation of a policy of localization and import substitution, including through the adoption of a relevant bill and the development of a state program.

Recommended:
Nikopol pipe plant "Centravis" is approved as a supplier of the Chinese corporation Sinopec
Liberty Steel made an official statement on the current financial situation in the company
India's steel mills rescue a choking country from impending disaster
On this topic
Ukraine loses tens of millions of euros by not supporting its own mechanical engineering - USPP
Entrepreneurs agree with Ukrzaliznytsya an action plan to continue modernization
Ukrainian Union of Industrialists and Entrepreneurs demands to adopt a shipbuilding strategy
The Bogdan Motors team appealed to the People's Deputies of Ukraine
The European Union has opposed the adoption of Ukraine's law on localization of production
AK "Bogdan motors" is ready to increase the localization of production of trolleybuses in Ukraine
Add a comment
Сomments (0)
News Analytics
Dneprotyazhmash manufactures technological equipment for DMK07-05-2021, 10:07
The National Bank of Ukraine will sell 46 tons of scrap metal from obsolete07-05-2021, 10:10
Dnieper Metallurgical Plant DCH Steel in April reduced steel production by 2.8%07-05-2021, 09:18
Revised draft law on support of the extractive industry of Ukraine sent to07-05-2021, 09:41
Global auto industry to lose more than 2 million cars due to chip shortage -06-05-2021, 21:26
The current state of the market is ideal for the sale of rolled steel - IREPAS04-05-2021, 18:41
Global hydrogen demand to grow 7-fold by 2070 - PwC21-04-2021, 12:31
World Steel Association predicts a good year for metallurgists15-04-2021, 18:19
World Steel Association defines green steel and its variations12-04-2021, 13:14
China unlikely to cut steel capacity in 2021 due to high steel prices07-04-2021, 12:11
Sign in with: