Officials expect the new investor to leave 35% of the design, procurement and construction operations to local companies. 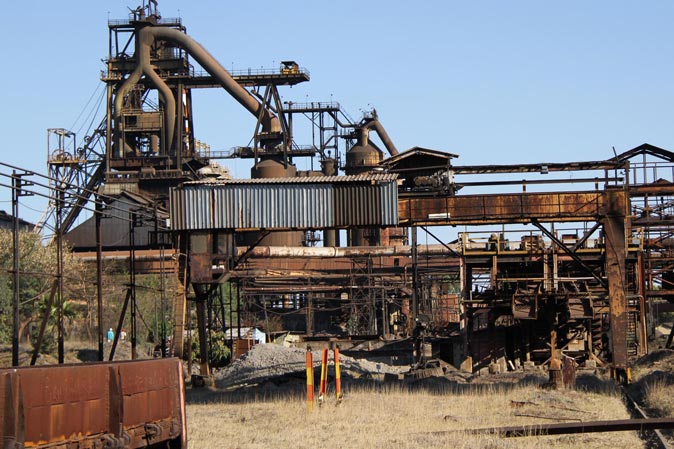 Zimbabwe's state-owned steel company Zimbabwe Iron and Steel Company (ZISCO) is inviting new investors to reopen a steel mill that has been the subject of interest from Indian and Chinese investors in the past, the company said in a press release.

In 2011, Essar Africa Holdings, a division of the Indian Essar Group, agreed to invest up to $ 4 billion in ZISCO, but the deal fell through. In 2017, a Chinese R&F agreement to invest $ 2 billion fell apart after the Harare authorities tried to renegotiate the terms of the deal.

Acting ZISCO Chairman Martin Manuhwa said on Tuesday that the company is again looking for new investors "who would be interested in using funds to revive" the company.

Interested investors must submit their wishes by April 30th. Then some of them will be invited to participate in the bidding process for funding.

The government-selected investor is expected to hand over at least 35% of the design, procurement and construction operations to local residents, Manukhwa said.

ZISCO owns an iron ore mining facility with a design capacity of 2.16 million tonnes of ore per year, as well as a wire company.

ZISCO is 89% owned by the state. In 2018, the Zimbabwean parliament approved a law allowing the government to take on ZISCO's approximately $ 500 million in debt to local and foreign creditors.

Zimbabwe's President Emmerson Mnangagwa has helped revitalize Zimbabwe's economy in an effort to deliver on his campaign promise of jobs by increasing mining output.

Prior to Zimbabwe's independence in 1980, ZISCO did not generate large foreign exchange earnings and stopped production of metal products since 2008. The plant's problems are largely attributable to poor management and a lack of funds to modernize outdated equipment.

Before the shutdown, ZISCO smelted one million tons of steel per year. The company employed more than 5,000 people and several thousand more in the value chain in the mechanical engineering and steel industries.

Recommended:
Oleg Gladkovsky's corporation "Bogdan Motors" is suing the People's Deputy of the Verkhovna Rada
Okean shipyard restores dry dock performance
ArcelorMittal Kryvyi Rih received two more EffiShunter 1600 diesel locomotives from the Czech Republic
On this topic
Yuzhmash told whether it is possible to launch reusable rockets from the Black Sea
Zimbabwe will undertake another attempt to revive steel industry
Stopped nuclear power plants and mines. What's going on in the energy sector of Ukraine?
Essar Steel will no longer sell steel in Europe
USA slapped sanctions on steel industry of Iran
Energomashspetsstal has shipped the rolls of Indian company Essar Steel
Add a comment
Сomments (0)
News Analytics
Dneprotyazhmash manufactures technological equipment for DMK07-05-2021, 10:07
The National Bank of Ukraine will sell 46 tons of scrap metal from obsolete07-05-2021, 10:10
Dnieper Metallurgical Plant DCH Steel in April reduced steel production by 2.8%07-05-2021, 09:18
Revised draft law on support of the extractive industry of Ukraine sent to07-05-2021, 09:41
Global auto industry to lose more than 2 million cars due to chip shortage -06-05-2021, 21:26
The current state of the market is ideal for the sale of rolled steel - IREPAS04-05-2021, 18:41
Global hydrogen demand to grow 7-fold by 2070 - PwC21-04-2021, 12:31
World Steel Association predicts a good year for metallurgists15-04-2021, 18:19
World Steel Association defines green steel and its variations12-04-2021, 13:14
China unlikely to cut steel capacity in 2021 due to high steel prices07-04-2021, 12:11
Sign in with: