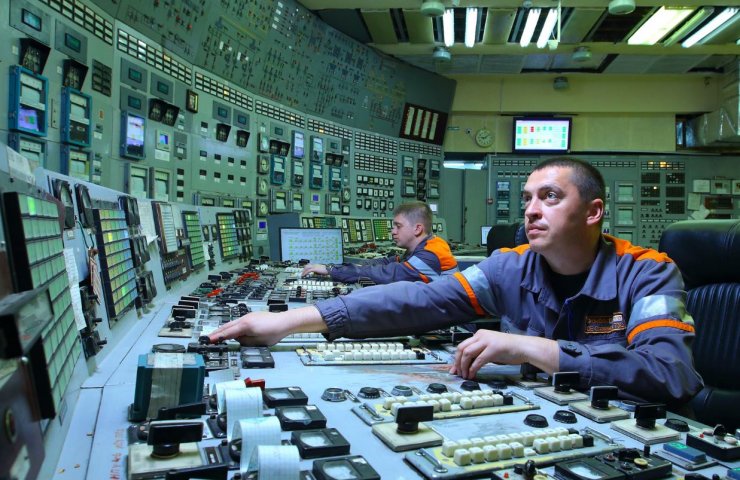 Donbasenergo informs that at 10:23 am on April 15, 2021, the 7th power unit of the Slavyanskaya TPP was connected to the unified power grid of Ukraine.

Repair work at the 7th power unit lasted less than three months. During this period, in particular, the high-pressure cylinder of the turbine was repaired, the high-pressure rotor was replaced with a reserve one, the nozzle apparatus and diaphragms No. 2-8 were replaced.

In addition, a number of low-pressure cylinder assemblies were repaired, and one torn rotor blade of the 43rd stage of the RND-2 was replaced.

As we have already reported, the reason for the emergency increase in the vibration of the turbine unit of power unit No. 7, which occurred on January 17 of this year at SlavTES, was the breakage of a fragment of the shroud of the locking package of rotor blades No. 11 of the regulating stage of the high-pressure cylinder due to erosive and abrasive wear of rotor blades in the zone of their interface with the shroud flange, which was influenced by the presence of a stress concentrator in this zone.

For information: as of 01.04.2021 60.86% of shares of PJSC Donbasenergo belong to the Private Joint Stock Company "ENERGOINVEST HOLDING", 25 % + 1 share - to the state represented by the State Property Fund of Ukraine.

Donbasenergo PJSC unites two power plants: Slavyanskaya and Starobeshevskaya TPPs (the latter has been located on the territory not controlled by Ukraine since 2014). Since March 2017, the performance indicators of assets located in the temporarily occupied territory in the Donetsk region are not included in the consolidated reporting of Donbasenergo due to the loss of control over them.

Recommended:
Ukraine will increase imports of diesel fuel from Lithuania, Hungary and Turkey - Ministry of Economy
Germany adopted a program of "green" restructuring of the national economy
US may end investigation into carbon steel imports from Russia and Ukraine
On this topic
Start-up and commissioning works at SlavTES will start on April 9
Chinese company DEIC will build a new power unit at the Slavyanskaya TPP
In Donbasenergo warned of a possible disconnection of water across Donetsk region
Donbasenergo alleges blackmail on the part of Donetskoblgaz and the possible collapse of the
PJSC "Donbasenergo" demands the immediate increase of electricity prices in Ukraine
In "Donbassenergo" declared "extremely critical situation" in the United energy system of Ukraine
Add a comment
Сomments (0)
News Analytics
Chip shortage will cost the global auto industry $ 110 billion in revenue in14-05-2021, 12:15
Zaporizhzhya Dneprospetsstal expands international partnership14-05-2021, 11:17
The coal industry relies on new technologies to survive in the decarbonization14-05-2021, 11:38
In January-April, Ukrainian metallurgists increased steel production by 7.2%14-05-2021, 10:03
Metinvest does not want to sell pig iron of Dnipro Metallurgical Plant to third14-05-2021, 09:03
The current state of the market is ideal for the sale of rolled steel - IREPAS04-05-2021, 18:41
Global hydrogen demand to grow 7-fold by 2070 - PwC21-04-2021, 12:31
World Steel Association predicts a good year for metallurgists15-04-2021, 18:19
World Steel Association defines green steel and its variations12-04-2021, 13:14
China unlikely to cut steel capacity in 2021 due to high steel prices07-04-2021, 12:11
Sign in with: