At the KNESS hydrogen site, for the first time in Ukraine, models of industrial production of green hydrogen for a wide range of applications will be practically worked out. In particular, a new production technology will be used, different from electrolysis, adapted for integration with solar power plants. 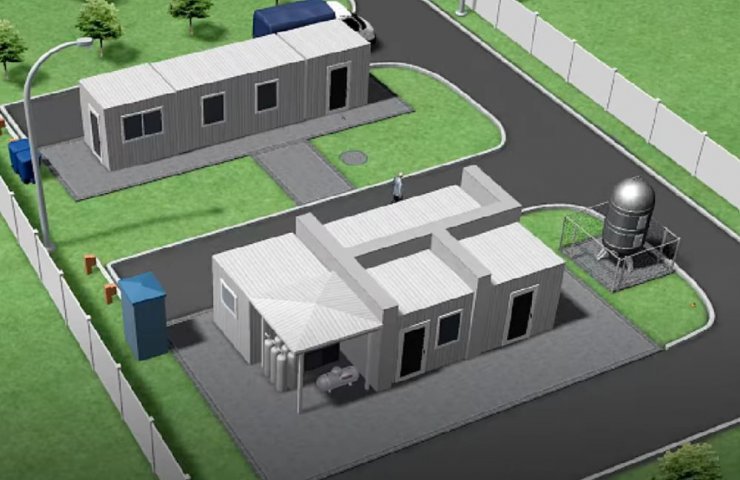 KNESS, an engineering company investing in renewable energy, has received permits for the construction of a research site for the production of "green" hydrogen in Vinnitsa, using a proprietary technology developed by the KNESS RnD Center. This was announced on July 12 by the press center of the company.

"Today the KNESS RnD Center received urban planning conditions and restrictions on the construction of a demonstration and research site for the production of green hydrogen (produced using renewable energy) in Vinnitsa," the company said.

According to KNESS, the project involves the transition from laboratory research to development on an industrial scale of the entire technological chain of production preparation, separation and storage of "green" hydrogen.

Also, as noted by Evgeniy Didichenko, a representative of the Vinnitsa company, a new production technology is being developed, different from electrolysis, adapted for integration with solar power plants.

“Hydrogen is a real economically feasible opportunity for seasonal energy storage, a necessary link in the transition to renewable energy sources, which was still lacking. The hydrogen site will make it possible to find out the objective cost of the hydrogen generation technology on an industrial scale, to work out a pilot plant, and to optimize it in real conditions, ”comments the project manager Andriy Bondar.

In the long term, it is a 100% carbon-neutral technology capable of decarbonizing the most energy-intensive industries and bringing Ukraine closer to the goal of the world's leading countries - 100% of energy from renewable sources, noted in the KNESS RnD Center.

Финансовая аналитика, прогнозы цен на сталь, железную руду, уголь и другие сырьевые товары. More news and analytics on Metallurgprom telegram channel - subscribe to get up-to-date market information and price forecasts faster than others.
Сomments
Add a comment
Сomments (0)
On this topic
The first domestic industrial energy storage system was developed and launched in Ukraine
Ukrainian hydrogen for Europe: an image of the future or a soap bubble?
Air Products and Tyssenkrupp will work together to sell "green" hydrogen
How the reform of the electricity market in Ukraine can lead to a collapse and what to do about it
In the "green energy" Ukraine invested $ 5 billion Prime Minister Goncharuk
IRENA calls for accelerating the transition to renewable energy sources
Recommended:
Naftogaz launches new arbitration against Gazprom
Ferroalloy enterprises of Ukraine in total reduced output by 27.6%
UK unions cancel all planned strikes after Queen's death
News Analytics
British Steel owner asks government for financial support05-10-2022, 13:05
The price of gold crossed the mark of 1700 dollars05-10-2022, 13:28
US coal prices top $20004-10-2022, 10:16
Tata Steel merger plan to secure long-term profits03-10-2022, 10:46
US hydrogen prices to drop to zero dollars per kg in 5 to 6 years: Platts02-10-2022, 21:53
China production cuts in winter will give limited boost to steel markets -15-09-2022, 10:09
Steel prices may rise as manufacturers stop production11-09-2022, 14:06
IREPAS: The global long products market is in a "dramatic situation"10-09-2022, 20:49
Steel prices are unlikely to rise significantly in the near future - analysts02-09-2022, 22:58
Steel prices may move up on new data from China31-08-2022, 12:19
Sign in with: