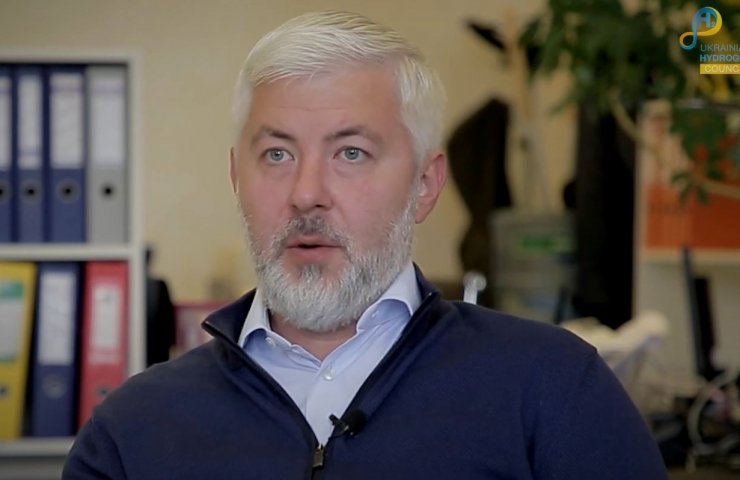 Alexander Repkin, President of the Ukrainian Hydrogen Council, said that the development of the hydrogen economy is included in the National Economic Strategy of Ukraine for the period up to 2030.

“Now the EU countries are at the beginning of their work in this direction. We are standing on the same step. I am sure that thanks to the working groups in the Ministry of Energy, the Ministry of Foreign Affairs, the Committee of the Verkhovna Rada of Ukraine on Energy and Housing and Utilities and our cooperation with the inter-factional association in the Verkhovna Rada of Ukraine, we can not catch up, but march alongside the EU. The Europeans, in turn, are actively sharing information and initiatives in this area, ”A. Repkin said during an interview about the prospects for hydrogen energy and the steps that Ukraine is actively taking on this path.

As you know, Ukraine has been identified as a priority partner of the EU in the production of hydrogen. In addition, according to the Green Hydrogen Initiative 2x40 gigawatt, the creation of 10 GW of new capacities for the production of green hydrogen has been allocated to Ukraine.

The Ministry of Energy, together with the State Energy Efficiency and partners, has already explored the potential of hydrogen energy in Ukraine and work is underway to develop a development strategy for this area until 2050.

"In the near future we will strengthen our work with the EIB, the World Bank and other institutions that provide technical assistance to Ukraine, because this is one of the priority tasks of Ukraine," A. Repkin emphasized.

Recommended:
Purchase prices for scrap metal in Ukraine increased by almost 10% over the week
General Motors has suspended car production in the United States due to a shortage of microcircuits
Vice President of the European Commission visited the Irshansk ore mining and processing plant in Ukraine
On this topic
State Energy Efficiency of Ukraine told what needs to be done to introduce the hydrogen market
State Energy Efficiency together with UNECE and stakeholders discussed the possibilities of
Russia did not mind replacing natural gas with hydrogen in Ukrainian transit in 2035
The Ministry of Energy of Ukraine outlined the prospects for the development of hydrogen energy
Ukraine is a priority partner in the implementation of the European hydrogen strategy
Stopped nuclear power plants and mines. What's going on in the energy sector of Ukraine?
Partner news
Сomments
Add a comment
Сomments (0)
News Analytics
London to triple financial support for opposition in Belarus - Boris Johnson03-08-2021, 20:04
Ukraine increased steel production in seven months of 2021 by 7.4%03-08-2021, 19:04
A record 700,000 containers are expected on the China-Europe-China route this03-08-2021, 14:15
China Regulatory Authority Launches Investigation Of Collusion Of Automotive03-08-2021, 10:17
Acceptance of blanks for the third unit of the Akkuyu NPP took place at03-08-2021, 10:41
Global gold supply to grow by 3.6% in 202131-07-2021, 21:12
Steel raw materials prices decline in all regional markets27-07-2021, 11:57
On the regional markets of metallurgical products, prices are balancing in a22-07-2021, 16:22
Demand for armaments will ensure a stable growth of armored steel sales by 4%20-07-2021, 10:10
Protectionist Measures Support European Steel Prices Despite Summer Lull19-07-2021, 11:02