Metinvest promised to consider Mariupol's proposal to build a university

Rinat Akhmetov's company said that similar requests are received from different cities of Ukraine, including Mariupol, where it was originally planned to build Metinvest Polytechnic. 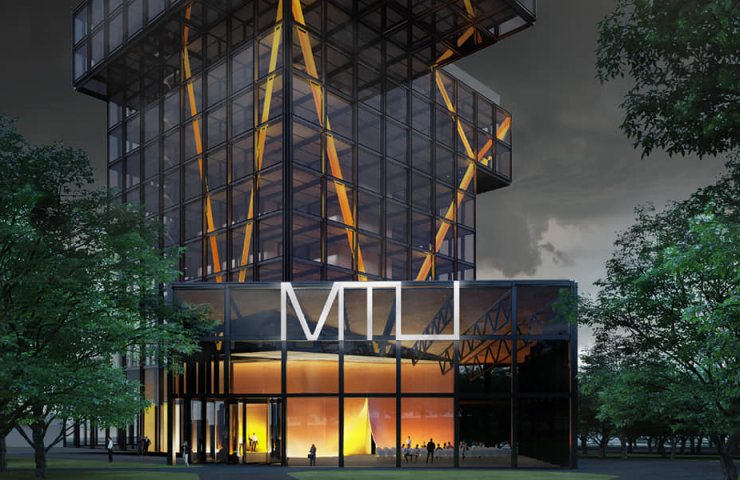 Metinvest Group received a proposal, signed by deputies of all factions of the Mariupol City Council, on the allocation of a plot in the area of ​​Peace and Freedom Square for the construction of Metinvest Polytechnic. About this reported to the company's press office on Thursday.

Previously, this site was an "amusement park", but now an abandoned wasteland.

Initially, the building of the first non-state technical university in Ukraine was planned to be built on the site of an abandoned summer cinema, which is privately owned by the company and in the area of ​​the City Garden of Mariupol.

The decision to change the location of the university construction was made by the management of Metinvest Group on April 14, under pressure from activists who organized picketing of the construction site.

“The company respects the opinion of the community of Mariupol and is sympathetic to the desire of the townspeople to preserve the current look of the old part of the city. The key principles of the company are sustainable development, constructive interaction and mutually beneficial partnership with the community, ”explained the decision in Metinvest.

Metinvest expressed gratitude to the city authorities for the proposal, adding that, in general, this site in the city center is attractive for a large educational project.

“In the near future, all the necessary studies of the territory will be carried out in accordance with the legislation of Ukraine. As soon as the examinations are passed and the conclusions are received, the company will be able to make a final decision by evaluating all the proposed locations, ”Metinvest said.

The company stressed the importance of removing political manipulations around the new higher educational institution, hoping that Metinvest Polytechnica will become a factor uniting for society and one of the main centers of attraction for the selected region.

Recommended:
Employees of the enterprise "ArcelorMittal Kryvyi Rih" took part in a protest action
VostGOK and Energoatom reach an agreement to extend the operation of uranium mines
ThyssenKrupp plans to turn the Port of Rotterdam into an international hydrogen hub
On this topic
The first non-state mining and metallurgical university was created in Ukraine
A rally of workers of the stopped shipyard was held in Mariupol
Gosgeonedra drew attention to the protests of Mariupol residents against zirconium mining
Trade unions demand from Zelensky to pay attention to the situation with the Zaporizhzhya
France and Ukraine to launch the project to upgrade drinking water supply system in the city of
Minamaneho has no authority to comment on the decision to change the leadership of Naftogaz
Add a comment
Сomments (0)
News Analytics
Объемы заготовки металлолома в Украине увеличились на 30,3%06-05-2021, 19:19
Gold rises above $ 1,800 an ounce for the first time since February06-05-2021, 18:41
The European Union approved the use of mealworms06-05-2021, 14:40
The mining and metallurgical complex of Ukraine requires more than $ 10 billion06-05-2021, 13:57
Rinat Akhmetov's fortune during the pandemic grew 2.7 times from 2.8 to 7.606-05-2021, 10:21
The current state of the market is ideal for the sale of rolled steel - IREPAS04-05-2021, 18:41
Global hydrogen demand to grow 7-fold by 2070 - PwC21-04-2021, 12:31
World Steel Association predicts a good year for metallurgists15-04-2021, 18:19
World Steel Association defines green steel and its variations12-04-2021, 13:14
China unlikely to cut steel capacity in 2021 due to high steel prices07-04-2021, 12:11
Sign in with: