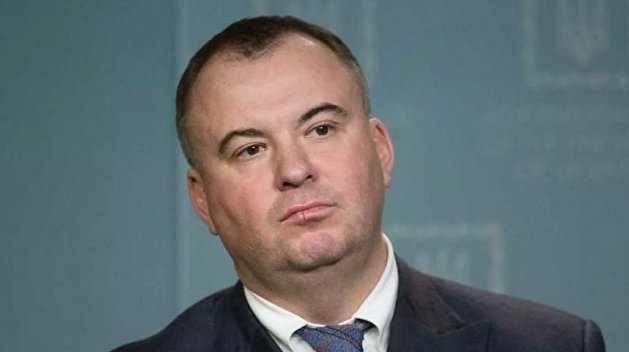 President of the Bogdan Corporation Oleg Gladkovskyy will appeal to the European Court of Human Rights because of the systemic political persecution of his family and companies that were or are part of the corporation, reported in the press service of the Bogdan corporation.

According to Gladkovsky, the reason for the appeal was “legal lawlessness, the signs of which are constantly present in the actions of state structures working in a biased manner and pursuing, first of all, the media result.”

In his claim, Gladkovsky will refer to Article 18 of the European Convention on Human Rights, which prohibits political persecution.

The President of the Bogdan Corporation believes that over the years of persecution, the manual control of law enforcement agencies and courts by the power vertical in Ukraine is clearly visible.

Previously it was reported that Oleg Gladkovsky's Bogdan Motors corporation is suing the People's Deputy of the Verkhovna Rada - Chairman of the Verkhovna Rada of Ukraine Committee on Finance, tax and customs policy of Daniil Getmantsev on the fact of libel and dissemination of false information.

On Wednesday, the State Bureau of Investigation conducted searches at the PJSC "Plant" Kuznya na Rybalsky "and in the subdivisions of PJSC" AK "Bogdan Motors" in Kiev and other regions in the framework of criminal proceedings on the facts of the purchase by the Ministry of Defense of Ukraine of military equipment, equipment and services of inadequate quality.

According to the State Bureau of Investigation, in the course of the pre-trial investigation, the circumstances of the abuse of power by the officials of the Ministry of Defense of Ukraine in connection with the overestimation of the cost of goods and services and supplies to the units of the Armed Forces of Ukraine during a special period of low-quality products that do not meet the requirements of state standards are being studied.

“Automobile company“ Bogdan Motors ”unites the production assets of the corporation“ Bogdan ”(a bus and trolleybus plant in Lutsk with a production capacity of 6 thousand units of equipment per year and a passenger car plant in Cherkassy).

The president of the corporation is the former deputy secretary of the National Security and Defense Council of Ukraine Oleg Gladkovsky.

Currently, the bankruptcy case of JSC "AK" Bogdan Motors "is being considered at the request of Financial Company" Finwork "LLC. In addition, the Economic Court of Dnipropetrovsk region approved the register of creditors' claims of JSC “AK“ Bogdan Motors ”in the amount of UAH 1.64 billion, of which UAH 748 million were secured by the pledge of the debtor's property.

Финансовая аналитика, прогнозы цен на сталь, железную руду, уголь и другие сырьевые товары. More news and analytics on Metallurgprom telegram channel - subscribe to get up-to-date market information and price forecasts faster than others.
Сomments
Add a comment
Сomments (0)
On this topic
China imposed sanctions against American non-governmental human rights organizations
Saudi Arabia plans to sequester budget by 20% to win a price war in the oil market
Ministry of energy of Ukraine has clarified the status of the Memorandum with investors about solar
The court blocked operations Ferrexpo Poltava Mining
District court of Kyiv imposed a new restriction for 50.3% of Ferrexpo Poltava Mining
Ferrari delays the restart of the plants in Italy until may 3
Recommended:
The owner of the Dnipro iron and steel works commented on reports of absentee arrest in the Russian Federation
Metinvest intends to receive compensation from Russia for the destroyed plants in Mariupol
EU extends anti-dumping duties on cold rolled steel from China and Russia
News Analytics
China's iron ore output to rise in 2023 as new projects are launched30-11-2022, 18:10
"Centravis" agreed to supply a new batch of seamless pipes to a30-11-2022, 16:51
Metinvest enterprises in Ukraine resumed work after massive shelling of29-11-2022, 11:59
The European Council added the violation of restrictive measures (sanctions) to28-11-2022, 14:22
The abolition of export duty in India may reduce the price of Turkish steel28-11-2022, 14:07
Commodity prices will fall, metals quotes will rise slightly - Focus Economics28-11-2022, 13:28
Platinum market to face shortage next year - WPIC22-11-2022, 18:25
Global steel demand falls and will fall by 2.3% in 2022: WorldSteel19-10-2022, 23:12
Iron ore prices fall to 11-month low15-10-2022, 10:36
China production cuts in winter will give limited boost to steel markets -15-09-2022, 10:09
Sign in with: