In Sumy region, law enforcement officers accused the general director of a machine-building enterprise of corruption actions with losses of 20 million hryvnia. 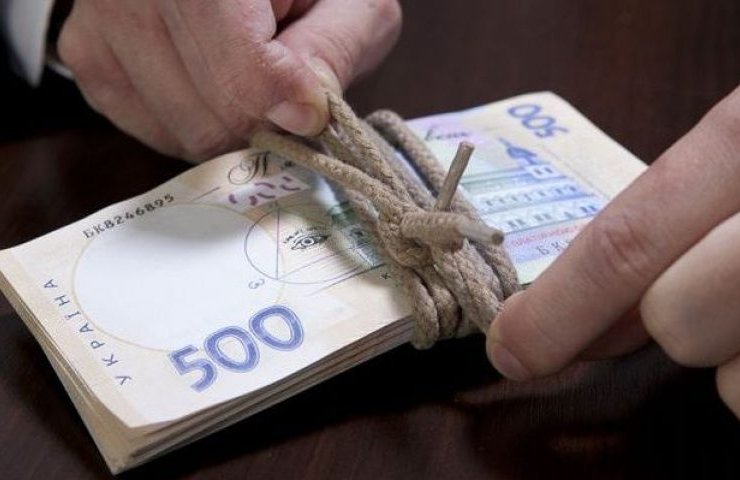 The Investigation Department of the Main Directorate of the National Police for Operational Support of the Directorate of the Security Service of Ukraine in the Sumy region, under the procedural leadership of the Sumy Regional Prosecutor's Office, reported a suspicion to the former General Director of a machine-building joint-stock company on the fact of failure to comply with a court decision and abuse of authority, which entailed grave consequences. This is reported by the Communication Department of the Police of the Sumy region.

According to the investigation, the general director, abusing his powers, by prior conspiracy with a private contractor, allowed an illegal alienation at a reduced price in favor of an approximate person of the non-residential premises of the hotel owned by the company.

Despite the presence of a significant amount of debt to individuals and legal entities, confirmed by court decisions, out of the funds provided for under the concluded agreement for the hotel in the amount of 19.5 million hryvnia, only 52 thousand were paid as collection of arrears in the payment of wages to one employee of the company ...

According to the police, as a result of such "criminal actions" other debt collectors suffered material damage in the total amount of more than 20 million hryvnia. The attacker was informed about suspicion of committing criminal offenses under Part 2 of Art. 364-1 and part 3 of Art. 382 of the Criminal Code of Ukraine.

It is also reported about the suspicion of a private contractor, who, upon an application for the compulsory execution of a court decision to collect the debt of only one employee of the company, ignoring other claimants, changed the data on encumbrances in the Unified State Register of Rights to Real Estate. Thus, the arrest was removed from the non-residential premises of the hotel, which became the basis for its implementation.

Финансовая аналитика, прогнозы цен на сталь, железную руду, уголь и другие сырьевые товары. More news and analytics on Metallurgprom telegram channel - subscribe to get up-to-date market information and price forecasts faster than others.
Сomments
Add a comment
Сomments (0)
On this topic
Aleksandr Yaroslavskyy's DCH group will open the first in Kharkov legal casino
Vodafone, DTEK and Ericsson announce the start of the Smart Factory project based on 5G
Yuzhmash signed a memorandum of cooperation with the Saudi company National Building &
Ukrainian industrialists to talk about the benefits of Industry 4.0 at Trans4mation week online
Ferrexpo has appointed a new member of the Board of Directors
The European Commission intends to deepen economic integration with Ukraine
Recommended:
Analysts confident of significant growth in global demand for galvanized steel
Ferrexpo commented on the arrest of its director in Courchevel
Carriage building plant in Kremenchug stopped production due to debts
News Analytics
European steel price rise that began in January will be short-lived - MEPS26-01-2023, 14:44
Steel production in China rose in the first decade of January26-01-2023, 12:30
UK is ready to give 300 million pounds to save British Steel20-01-2023, 21:31
Carriage building plant in Kremenchug stopped production due to debts20-01-2023, 21:11
Europe's passenger car market records its worst year since the turn of the20-01-2023, 21:03
S&P: Russia will continue to dominate the steel export market in the Black05-01-2023, 11:22
Fitch Analysts Predict Big Drop in Global Steel Consumption This Year14-12-2022, 13:59
Analysts predict 5% annual growth in the iron casting market through 203006-12-2022, 12:44
Commodity prices will fall, metals quotes will rise slightly - Focus Economics28-11-2022, 13:28
Platinum market to face shortage next year - WPIC22-11-2022, 18:25
Sign in with: