In Kharkiv, investigators reported suspicion to the director of the enterprise in violation of special rules that led to air pollution. 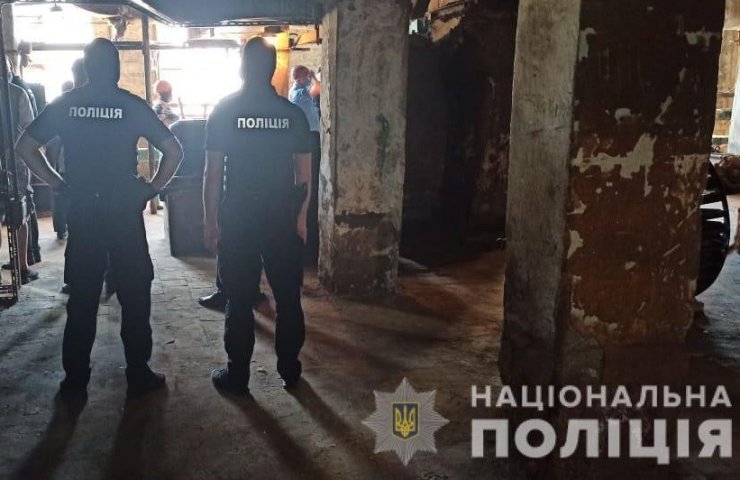 On March 24, the director of LLC "Kharkov coke plant" Novomet "was informed about the suspicion of a crime within the framework of the pre-trial investigation of criminal proceedings, opened under Part 1 of Art. 241 (air pollution) of the Criminal Code of Ukraine.

Like reported in the press service of the National Police of Ukraine in the Kharkiv region, the director of koksokhim faces punishment in the form of restriction of freedom for up to 3 years with the deprivation of the right to hold certain positions or engage in certain activities for the same term or not.

“Measures are being taken to establish and prosecute all officials involved in air pollution with substances harmful to life, human health and the environment, industrial waste due to violation of special rules,” the statement said.

During the investigation, law enforcement officers found that the management of a limited liability company engaged in the production of coke and coke products organized a production cycle with gross violations of environmental standards. According to them, for more than six months the plant carried out excess emissions of pollutants into the air without a permit.

Officials of the enterprise have already been brought to administrative responsibility for non-compliance with the requirements for the protection of atmospheric air. However, they continued to ignore the instructions of the state regulatory authorities regarding the mandatory receipt of a permit for the emission of pollutants, the police noted.

Recall that residents of nearby houses and activists of the National Corps organized a picket in January near the checkpoints of the coke plant in Kharkiv. The protesters demanded to suspend the activities of the plant and install filters.

Kharkiv Coke Plant (Kharkiv KZ) is the only producer of foundry coke in Ukraine. Coal produced in Ukraine is mainly used in the production.

Recommended:
Dneprospetsstal reported on the successful completion of the first stage of immunization against COVID-19
Two ships flying the Polish flag may be subject to sanctions against Nord Stream - 2
Electrotyazhmash will take part in the program of renewal of power plants in Iraq for American money
On this topic
Protests against the work of a by-product coke plant continue in Kharkiv
Krukovka Carriage Works disclosed the findings of the company's repeated internal audit
The Prosecutor's office came with a search warrant at the Kharkov "Electrotyazhmash"
Police detained the head of a coal mine in the Lviv region for "kickbacks"
A former official of Naftogaz of Ukraine accused of embezzlement of 284 million hryvnia
The highest anti-corruption court issued its first sentence
Add a comment
Сomments (0)
News Analytics
Electrotyazhmash was allowed to overhaul the rolling stock of Ukrzaliznytsia21-04-2021, 16:17
Dniprostal-Energo initiates an auction for the purchase of electricity on the21-04-2021, 16:08
Zaporizhstal donated a new oxygen station to the Zaporizhzhya Regional21-04-2021, 15:11
Brazil is interested in the production capabilities of Yuzhmash21-04-2021, 14:35
Energoatom ordered a condenser from Turboatom worth 0.5 billion hryvnia for21-04-2021, 14:28
Global hydrogen demand to grow 7-fold by 2070 - PwC21-04-2021, 12:31
World Steel Association predicts a good year for metallurgists15-04-2021, 18:19
World Steel Association defines green steel and its variations12-04-2021, 13:14
China unlikely to cut steel capacity in 2021 due to high steel prices07-04-2021, 12:11
Scrap metal market at the beginning of April02-04-2021, 11:10
Sign in with: