The export of ferrous metal scrap from Ukraine in January-May of this year increased almost tenfold. 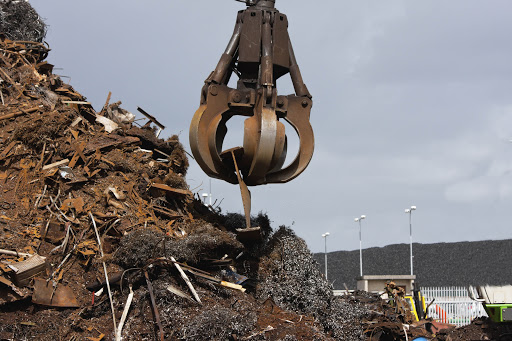 According to the industry association UAVtormet, this trend is due to the high purchase prices of metallurgical enterprises, which were observed on the Ukrainian and world markets during March-April of this year, as well as activation by exporters.

Scrap metal supplies to Ukrainian metallurgical plants in January-May 2021 increased by 23.6% year-on-year to 1,354.9 thousand tons. Technological stocks of scrap metal at the enterprises are estimated at no less than 140 - 145 thousand tons.

Exports of scrap metal in January-May 2021 amounted to 146.3 thousand tons, demonstrating an almost tenfold increase in supplies compared to the same period last year, when only 16.5 thousand tons were exported.

Previously reported that the Mariupol metallurgical plant Azovstal continues to dismantle blast furnaces No. 5 and No. 6, which were shut down in early June 2019 as part of Metinvest's technological strategy. More than 17.5 thousand tons of scrap metal have already been removed from the facilities.

Финансовая аналитика, прогнозы цен на сталь, железную руду, уголь и другие сырьевые товары. More news and analytics on Metallurgprom telegram channel - subscribe to get up-to-date market information and price forecasts faster than others.
Сomments
Add a comment
Сomments (0)
On this topic
Scrap metal collection in Ukraine in the first half of the year increased by almost one and a half
Scrap metal procurement in Ukraine increased by 30.3%
Scrap metal procurement in Ukraine tripled in the first quarter of 2021
Scrap metal collection in Ukraine increased by one and a half times due to high prices
Six times more scrap metal was exported from Ukraine in January than in December - UAVtormet
Foreign exchange earnings from the export of goods from the Donetsk region increased by 1.8 times
Recommended:
Turkey in January-July increased imports of pig iron by 46.7%, tripling purchases in Russia
Coal production in China increased by 11% in January-August
The destruction of the dam of the Kyiv hydroelectric complex will not be a disaster - Ukrhydroenergo
News Analytics
The production of passenger cars in Russia decreased by 2.8 times in eight29-09-2022, 11:19
Donetsk and Torez electrotechnical plants will start producing electrical29-09-2022, 11:37
Ukrainian coking plants reduced gross coke production by 55.2%29-09-2022, 11:28
China ramps up investment in transport to bolster economy29-09-2022, 11:33
The heads of mining companies named the main risks for business29-09-2022, 10:03
China production cuts in winter will give limited boost to steel markets -15-09-2022, 10:09
Steel prices may rise as manufacturers stop production11-09-2022, 14:06
IREPAS: The global long products market is in a "dramatic situation"10-09-2022, 20:49
Steel prices are unlikely to rise significantly in the near future - analysts02-09-2022, 22:58
Steel prices may move up on new data from China31-08-2022, 12:19
Sign in with: