The new cold-rolling shop will be built at the Ilyich metallurgical plant and will be one of the first steps of the Dutch mining and metallurgical company to move its steel facilities out of the center of Mariupol. 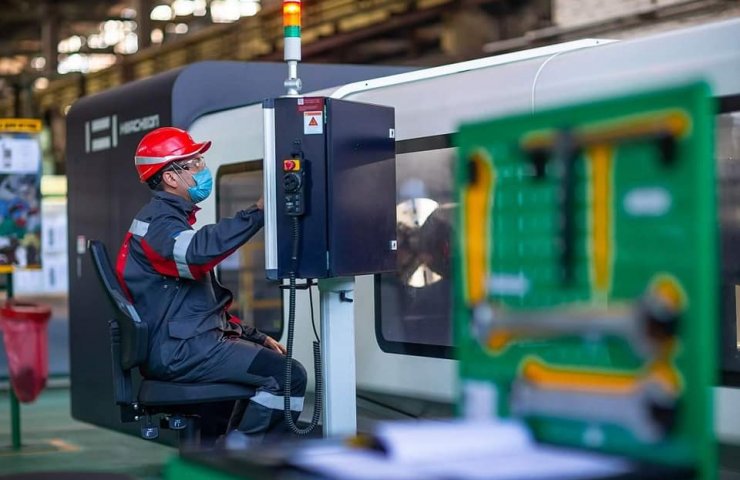 Metinvest Group plans to move its metallurgical facilities outside the city center of Mariupol and the first step towards the implementation of this program will be the construction of a new cold rolling mill on the territory of the MMK named after M. Ilyich. Yuriy Ryzhenkov, General Director of Metinvest Group, said on the air of Ukraine 24 TV channel, the corresponding contract worth $ 1 billion will be signed this week.

“We always say that an enterprise in the city center is difficult in terms of the technogenic load on the city. We are thinking about moving production away from the city center, creating it in a new location, ”he said. “This is no longer a modernization of something old, but actually a new built clean, environmentally friendly production that will serve for many years.”

The shareholders of Metinvest Group are Rinat Akhmetov's SCM (71.24%) and Vadim Novinsky's Smart Holding (23.76%), which take part in the management of Metinvest on a partnership basis. The company is headquartered in The Hague, The Netherlands.

Recommended:
ArcelorMittal Kryvyi Rih for the first time dispatched a record batch of metal products from Nikolaev by sea
Ferrexpo board of directors decided to abandon pre-export lending
Ukrainian Association of Secondary Metals Opposes the Ban on the Export of Scrap Metal
On this topic
Yuzhmash told whether it is possible to launch reusable rockets from the Black Sea
Rinat Akhmetov has said that it expects the Ukrainian authorities a level playing field and fair
Metinvest begins construction of an air separation unit at the Ilyich Steel Plant
Rinat Akhmetov told about 100 billion directed to the economy of Ukraine
Rinat Akhmetov bought the most expensive villa in the world (Photo)
Rinat Akhmetov predict the "most dramatic" downturn in the history of Ukraine
Partner news
Сomments
Add a comment
Сomments (0)
News Analytics
Workers of Novokramatorsk Machine-Building Plant vaccinated with American27-07-2021, 15:01
Kharkov plant "Turboatom" can be renamed to "Ukrainian power machines"27-07-2021, 15:33
At least one person died and four went missing in an explosion at a chemical27-07-2021, 15:25
A powerful explosion thundered at the Bayer chemical plant in the German city27-07-2021, 12:56
Steel raw materials prices decline in all regional markets27-07-2021, 11:57
Steel raw materials prices decline in all regional markets27-07-2021, 11:57
On the regional markets of metallurgical products, prices are balancing in a22-07-2021, 16:22
Demand for armaments will ensure a stable growth of armored steel sales by 4%20-07-2021, 10:10
Protectionist Measures Support European Steel Prices Despite Summer Lull19-07-2021, 11:02
Positive price growth is observed in the markets for metallurgical products16-07-2021, 14:12