Presidential "Big Construction" can reach the railways of Ukraine

The Ministry of Infrastructure of Ukraine is preparing policy documents to expand the Big Construction program to the railway sector. 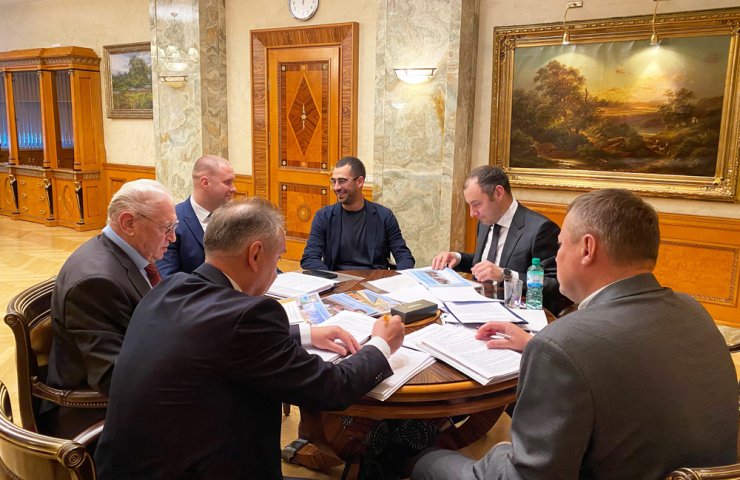 "Big construction", initiated by the President of Ukraine Volodymyr Zelenskyy as a road project, in the near future may start in the country's railway sector. This was discussed at a meeting with the Minister of Infrastructure Alexander Kubrakov, which took place on June 7, 2021, the press service of the Kryukov Carriage Works (KVSZ) reports.

The KVZS said that the idea of ​​a "Large construction project in the railway sector" is very close to the minister, he perfectly understands the economic benefits of its implementation. He understands that the efficiency there will be higher than in road construction. Because, first of all, the railway sector is larger than the automobile one. Secondly, there are also more problems here.

The Minister of Infrastructure stressed: "We will prepare a resolution of the Cabinet of Ministers, program documents."

According to the press service of KVSZ, "Large construction in the railway sector" is a project to renew the fleet of freight, passenger cars and traction equipment.

“It is worth starting with writing off old wagons and planning purchases by year. It is necessary to issue a resolution of the Cabinet of Ministers on this matter. The car-building enterprises, which are dying today, will begin to "breathe". In 2011 there were 18 of them, last year - 5, this year - only 2. And then they do not work at full capacity, "- said the company.

According to the economists of KVSZ, the implementation of the program will give GDP growth by 2.3%, taking into account the multiplier effect - by 8%. Revenues to the budgets of all levels - more than 31 billion hryvnia per year. In addition, 30 thousand jobs will be created in related industries and 15 thousand in the car building.

Финансовая аналитика, прогнозы цен на сталь, железную руду, уголь и другие сырьевые товары. More news and analytics on Metallurgprom telegram channel - subscribe to get up-to-date market information and price forecasts faster than others.
Сomments
Add a comment
Сomments (0)
On this topic
At a metallurgical plant in Dnipro, for the first time in Ukraine, they began to
Dniprovsky Metallurgical Plant switches to alternative heating
Nikola founder was suspected of buying a hydrogen truck project from a Croatian designer
Ukrainian company has developed special wheels for Indian railways
Elon Musk contracted coronavirus, but doubts the reliability of the tests
Reuters: Ukraine is not negotiating on debt restructuring
Recommended:
EU Green Deal should encourage investment in mild steel projects: Eurofer
The United States refused to comply with the decision of the WTO on tariffs on steel and aluminum
The former president of Motor Sich was accused of aiding terrorists
News Analytics
Eurofer expects EU steel demand to fall 4.6% in 2022 and 1.6% in 202305-02-2023, 13:31
EU Green Deal should encourage investment in mild steel projects: Eurofer02-02-2023, 16:32
Belarusian steel plant to operate at full capacity from February02-02-2023, 16:56
British Steel considers cutting up to 1,200 jobs at Scunthorpe02-02-2023, 11:50
Electric vehicles will play a key role in US aluminum production growth - Norsk01-02-2023, 12:17
European stainless steel producers ready to raise prices31-01-2023, 16:16
S&P: Russia will continue to dominate the steel export market in the Black05-01-2023, 11:22
Fitch Analysts Predict Big Drop in Global Steel Consumption This Year14-12-2022, 13:59
Analysts predict 5% annual growth in the iron casting market through 203006-12-2022, 12:44
Commodity prices will fall, metals quotes will rise slightly - Focus Economics28-11-2022, 13:28
Sign in with: