Hybrid power generation systems to start operating in Ukraine in 2023

The payback period for the project to combine hydro and solar energy will be 5-6 years, investments are estimated at $ 211 million. 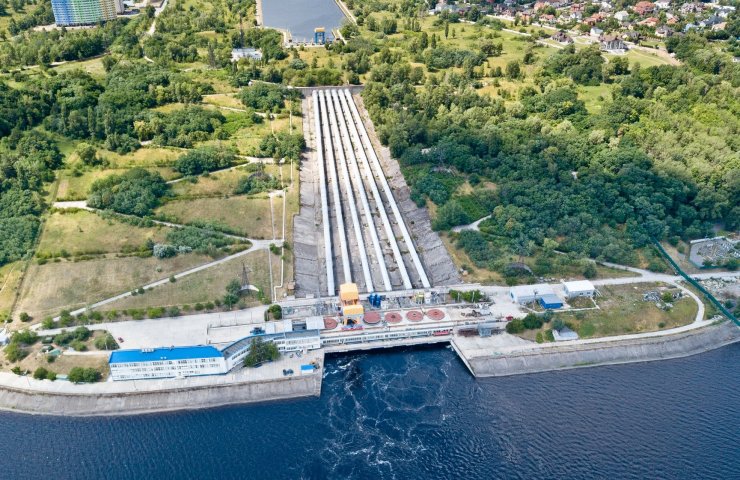 Ukrhydroenergo plans to complete the installation of hybrid power generation systems in 2023. Told about this in interview CEO of Ukrhydroenergo Igor Sirota.

“With the help of so-called hybrid energy systems, a sustainable energy supply is achieved. Solar energy can be produced during the day, and hydropower systems generate it for use during periods of peak demand. This concept is becoming more and more popular in the world. Until now, there have been no projects of this scale in Ukraine. We will be the first, ”said I. Sirota.

Batteries will be combined with hydroelectric units to form hybrid units. Limited solar production will be added at each site for increased flexibility.

In general, it is planned to install energy storage systems with a capacity of 197 MW to provide ancillary services for frequency regulation due to the general operating mode of storage systems and HPP /PSPP, as well as 63.9 MW of solar photovoltaic plants as a source of power supply for own needs of HPPs and PSPPs and for charging storage systems.

Each of the hydroelectric power plants selected for the installation of batteries and solar panels includes a different composition of the storage system and different solar panels, which are determined by the number and capacity of hydroelectric units, as well as the level of consumption of auxiliary equipment of the station.

The connection of storage batteries and photovoltaic panels will be carried out at the existing substations of the HPP /PSPP at the generator voltage level or at the high voltage level using step-up transformers. The construction of new power lines is not envisaged.

“According to the economic assessment of the USAID project, the payback period will be 5-6 years, but it will directly depend on the situation on the electricity market - on the state of payments for services provided, as well as on amendments to the Market Rules. I also want to emphasize that the Project for the installation of hybrid systems for the production of electricity in Ukrhydroenergo will be implemented without the use of a “green” tariff, ”said I. Sirota.

Recall that in early June, between the delegations of Ukraine and the World Bank were negotiations were held to attract $ 211 million in loans on favorable terms to implement a project to improve the sustainability of the Ukrainian energy system for integration into the European energy grid.

Among other things, the project will contribute to the implementation of the strategic goals and international obligations of Ukraine in the field of reducing greenhouse gas emissions through the establishment of clean energy sources, replacement of coal-fired thermal power plants in the energy balance, and will also give an impetus to the development of electric transport.