The Deputy Minister of Energy of Ukraine believes that LNG supplies from Turkey will help strengthen the country's energy security. 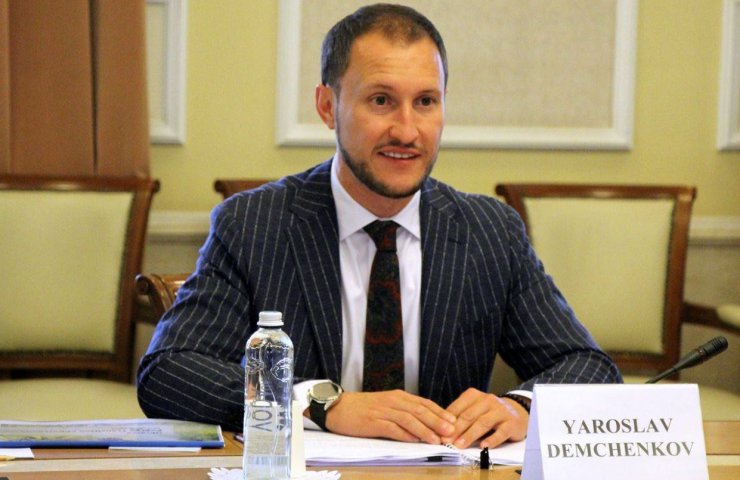 Ukraine is deeply interested in cooperation with Turkey on the supply of liquefied natural gas (LNG). This was announced on Thursday, June 24, by Deputy Energy Minister for European Integration Yaroslav Demchenkov during the fifth meeting of the Ukrainian-Turkish Working Group on Energy. The Turkish side during the online meeting was headed by the Deputy Minister of Energy and Natural Resources of Turkey Alparslan Bayraktar.

“The government of our country is deeply interested in activating joint projects between Ukraine and the Republic of Turkey in the field of energy. I would like to note the significant potential of bilateral partnership in the energy sector, in particular, in the oil and gas and nuclear industries, electricity, as well as in the context of the construction of generating capacities and alternative energy sources, "- said Yaroslav Demchenkov.

The Deputy Minister noted that Turkey is actively increasing the capacity of LNG terminals and expanding the use of reduced gas to diversify supplies and gasify the country. For Ukraine, supplies from Turkey will help strengthen energy security.

“At the moment we are not an active player in the liquefied natural gas market, but the geopolitical situation and the prospect of a decrease in transit volumes force us to look for new areas of trade and cooperation to ensure the utilization of our own gas transportation system. That is why cooperation with the Republic of Turkey in terms of LNG supplies is a priority for us, ”the Deputy Minister emphasized.

The parties agreed to promote cooperation between companies in the energy sector to diversify natural gas supplies to Ukraine, which includes the development of infrastructure for liquefied gas terminals. Also, Ukraine and Turkey agreed to cooperate on the transportation of natural gas through the Trans-Balkan pipeline in both directions between Ukraine and Turkey.

During the meeting, potential areas for information exchange and cooperation between Ukraine and Turkey on nuclear and hydropower, as well as renewable energy sources were identified.

The parties also noted the importance of establishing systemic communication between the regulators of the countries and discussed the priority areas of bilateral cooperation in the field of regulation.

Финансовая аналитика, прогнозы цен на сталь, железную руду, уголь и другие сырьевые товары. More news and analytics on Metallurgprom telegram channel - subscribe to get up-to-date market information and price forecasts faster than others.
Сomments
Add a comment
Сomments (0)
On this topic
Share of low-carbon energy in Ukraine reaches 70% - Deputy Minister
Ukraine invites Italian business to cooperate in the energy sector
Ukrainian industrial associations have announced the threat of a secret agreement with Turkey
European Commission: Ukraine should continue investing in renewable energy
Ukraine is a priority partner in the implementation of the European hydrogen strategy
Natural gas prices in Europe soar to two-year highs
Recommended:
The United States imposed a ban on the import and sale of equipment from Huawei, ZTE and a number of other Chinese companies
ArcelorMittal invests $25 million in nuclear technology development
Ukraine reduced the export of semi-finished products from carbon steel by 70.3%
News Analytics
China's iron ore output to rise in 2023 as new projects are launched30-11-2022, 18:10
"Centravis" agreed to supply a new batch of seamless pipes to a30-11-2022, 16:51
Metinvest enterprises in Ukraine resumed work after massive shelling of29-11-2022, 11:59
The European Council added the violation of restrictive measures (sanctions) to28-11-2022, 14:22
The abolition of export duty in India may reduce the price of Turkish steel28-11-2022, 14:07
Commodity prices will fall, metals quotes will rise slightly - Focus Economics28-11-2022, 13:28
Platinum market to face shortage next year - WPIC22-11-2022, 18:25
Global steel demand falls and will fall by 2.3% in 2022: WorldSteel19-10-2022, 23:12
Iron ore prices fall to 11-month low15-10-2022, 10:36
China production cuts in winter will give limited boost to steel markets -15-09-2022, 10:09
Sign in with: