"Ukroboronprom" introduces to "Antonov" Supervisory Board

The Supervisory Board will monitor the management of the enterprise and contribute to the emergence of a monitoring system for strategic decisions and major transactions, in particular, key foreign economic contracts of Antonov State Enterprise and international cooperation programs. 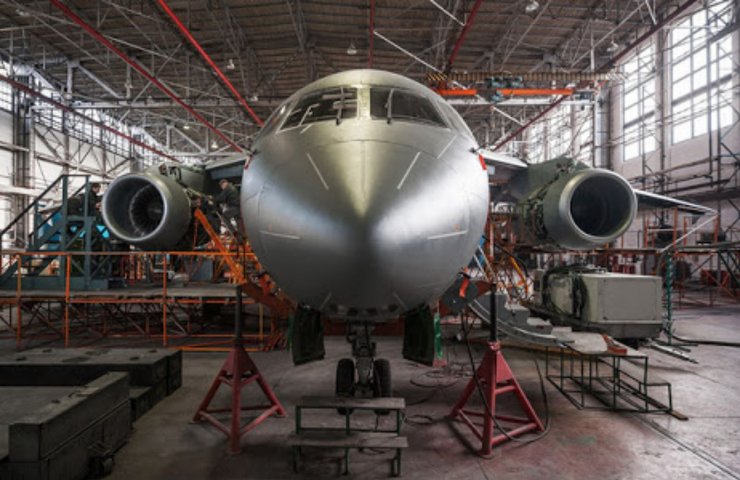 The State Concern Ukroboronprom, which manages state defense enterprises, is changing the corporate governance system of Antonov State Enterprise, which is part of the concern. In particular, according to the press service of Ukroboronprom, a Supervisory Board is being created at the aviation giant as the supreme governing body with the function of independent control.

The decision to create the Supervisory Board was made following the results of the forensic audit of Antonov State Enterprise, which was conducted by the international company Ernst & Young during September-October with the support of the French government.

Forensic audit is a type of in-depth financial audit or investigation, which is carried out in order to identify hidden abuses: fraud, corruption, conflict of interest, theft, violation of legislation, internal policies and procedures, and the like.

“Conducting a forensic audit at the Antonov State Enterprise was a consistent step by the Ukroboronprom Group of Companies to clean up and stabilize the operation of the enterprise after the change in its leadership in June this year,” the concern noted.

Let us remind you that in the spring, Ukroboronprom State Corporation, on behalf of the Prime Minister of Ukraine and based on materials from the Security Service of Ukraine, conducted an inspection at Antonov State Enterprise, which was accompanied by internal sabotage by the leadership. The audit revealed numerous facts testifying to the ineffective management of the state enterprise; inappropriate use of state property; abuses and violations by the management, which could lead to significant losses to the state and cause significant damage to the reputation of the largest aviation enterprise in Ukraine.

According to the results of the audit, the SC "Ukroboronprom" replaced the president of the SE "Antonov", and transferred materials containing signs of criminal offenses to law enforcement agencies. Also, the SC "Ukroboronprom" made a decision on a deeper study of the processes taking place at the SE "Antonov" and its subsidiaries. For this, a forensic audit was carried out. For its implementation, the French Embassy held an internal tender and independently determined the winner. It was Ernst & Young.

According to the results of the forensic audit, Ernst & Young experts recommended that Ukroboronprom introduce a new corporate governance model at Antonov State Enterprise, within which a Supervisory Board should be created, and a new risk management system should be deployed. The guidelines of the Organization for Economic Cooperation and Development on corporate governance at state-owned enterprises were also taken into account, in particular Section 7 "Duties of the Supervisory Boards of state-owned enterprises."

"The Supervisory Board of SE Antonov will ensure that the management of the enterprise acts in the interests of the company in making decisions and adheres to internal policies. The task of the Supervisory Board will be to oversee the implementation of the new risk management system; deployment of the compliance function and implementation of anti-corruption measures at all levels of the state-owned enterprise; the creation of an independent internal audit unit, which is now subordinate to the president of Antonov State Enterprise, which contradicts the best international corporate governance practices, "Ukroboronprom said in a statement.

Recommended:
Energomashspetsstal received blanks for the third power unit of the Akkuyu NPP
Belgium will provide a loan to Liberty Steel only for it to sell its plant and leave the country
Liberty Steel has moved millions of UK taxpayers to other countries - Financial Times
On this topic
Krukovka Carriage Works disclosed the findings of the company's repeated internal audit
"Ukroboronprom" announced the curtailment of the reform of the country's military-industrial complex
Ukroboronprom signed a framework agreement for fuel supplies without tenders
The Ministry of Energy of Ukraine announced the inadmissibility of the privatization of Energoatom
Since the beginning of 2020, the staff of Ukroboronprom has been updated by more than 30%
In Ukraine created the working group on the revival of domestic aviation industry
Add a comment
Сomments (0)
News Analytics
German metallurgists have created steel that reduces the unpleasant noise of15-06-2021, 19:05
Gas cleaning equipment of Azovstal is transferred to a dry system using15-06-2021, 18:06
EU and US agree to lift bilateral import duties on steel and aluminum15-06-2021, 12:27
Ukrzaliznytsia will buy 100 passenger cars without a tender for the15-06-2021, 12:43
The European Union issues the first patent for steelmaking using hydrogen and15-06-2021, 11:28
Vaccinations fuel demand for platinum - World Platinum Investment Council08-06-2021, 12:55
Sharp price growth continues in the rolled metal market - Ukrpromvneshexpertiza08-06-2021, 11:04
Analysts note overheating of the global scrap metal market01-06-2021, 13:28
Hydrogen-fueled steelmaking could be competitive after 2050 - McKinsey19-05-2021, 14:22
Steel raw material prices are skyrocketing across the board18-05-2021, 12:34
Sign in with: