The EU's readiness for cooperation opens up an opportunity for Ukraine to promote the decarbonization of the economy and resolve the issue of balancing and reliable operation of the energy system. 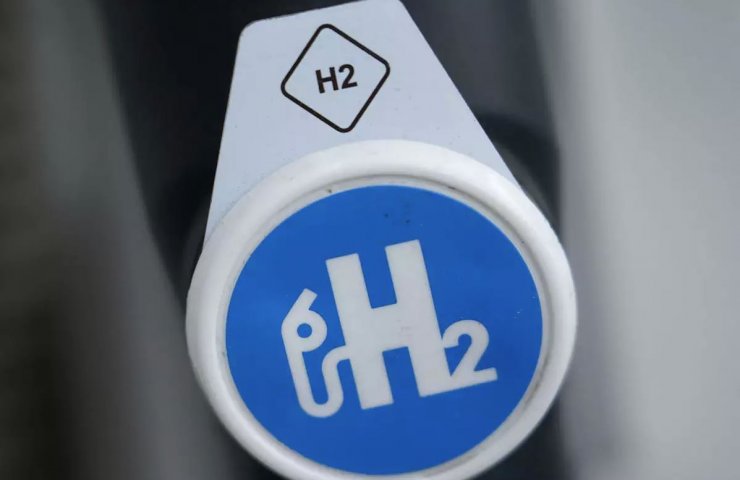 Secretary General of Hydrogen Europe, Yorgo Chazimarkakis, confirmed that Ukraine is seen as a key EU partner in the development of hydrogen technologies. According to him, cooperation will be promising due to the use of hydrogen in various industries, energy, transport and will contribute to economic growth.

According to the State Energy Efficiency Agency, Ukraine has significant potential for hydrogen production. Taking into account the goals of the Energy Strategy of Ukraine for the period up to 2035 to establish the capacities of WPPs and SPPs, the average annual production of "green" hydrogen may amount to 5.5 million cubic meters.

Thanks to this potential, as well as the existing infrastructure connected to the EU, Ukraine has been identified as a priority partner of the EU in the production and use of "green" hydrogen.

“To develop this sector, together with the Ministry of Energy and partners, we are working on the development of a roadmap. A corresponding dialogue has already begun with the United Nations Economic Commission for Europe. In parallel, the issue of potential pilot projects in this area is being worked out, ”said Konstantin Gura, acting Chairman of the State Energy Efficiency Agency, during a discussion with representatives of the Association "Hydrogen Europe" and other stakeholders on the topic: "Hydrogen as a new business area in Ukraine".

The European Union intends to establish rules for hydrogen trade with Ukraine as part of plans to use low-carbon fuels to reduce emissions, declared the EU Commissioner for Energy.

Recommended:
Tesla to build exclusive electric cars in Berlin for $ 25,000
UK government doubles steel purchases from British producers
Trump declares US mining emergency - Wilbur Ross
On this topic
Ukraine is a priority partner in the implementation of the European hydrogen strategy
Yuzhmash told whether it is possible to launch reusable rockets from the Black Sea
DTEK joined the European initiative on transition to hydrogen fuel
How the reform of the electricity market in Ukraine can lead to a collapse and what to do about it
The UK will prohibit the sale of gasoline and hybrid cars with 2035
Ukrainians have developed a technology that significantly reduces carbon dioxide emissions in
Add a comment
Сomments (0)
News Analytics
Innovative matrix headlights on the Audi E-Tron19-10-2020, 22:43
Tensions rise between China and Australia over commodity trade14-10-2020, 18:15
The European Union confirms its intention to introduce a border tax on carbon13-10-2020, 13:20
ArcelorMittal Europe to start producing green steel from 202013-10-2020, 12:44
Kremenchug refinery launched an isomerization unit13-10-2020, 12:43
Dolomite powder market to reach USD 33.44 billion by 202705-10-2020, 12:33
Iron ore prices to surpass six-year high soon16-09-2020, 10:32
World Oil Demand Peak May Be Over - BP15-09-2020, 09:05
China expands car market capacity by increasing demand for steel and metals11-09-2020, 10:56
Prices continue to rise in the long and flat steel markets08-09-2020, 14:25
Sign in with: