Germany is on vacation, and the strike threatens to seriously disrupt the plans of thousands of Germans. The railroad workers are criticized for their decision too late: the strike became known only a few hours before it began. 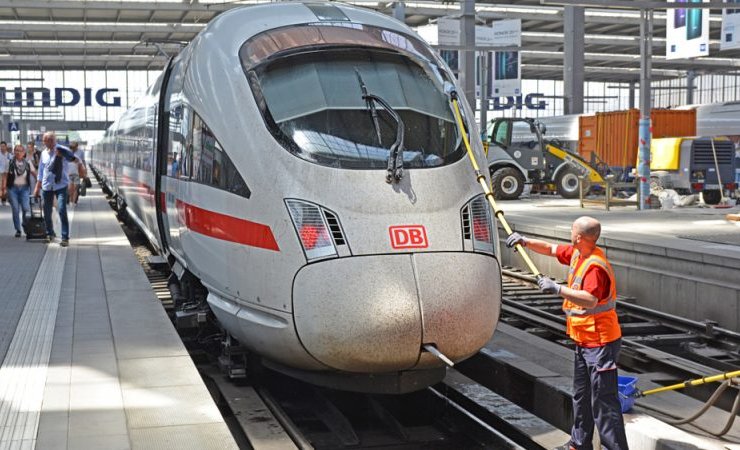 Railway workers are on strike in Germany. The two-day action was supported by 95% of the Deutsche Bahn train drivers union. Already in the evening on Tuesday, the work of freight transport will be limited, on Wednesday night - passenger transport.

In June, the management of the state concern refused to pay employees in connection with the pandemic one-time bonuses in the amount of 600 euros, as well as increase salaries by 3.2% by 2022.

“The machinists and conductors do not need this strike, but the leadership itself provoked it. They either do not offer solutions, or they make completely inappropriate suggestions. Thus, they put us in a stalemate and they are trying to make us greedy and not doing our job, ”says Klaus Weselsky, head of the German railroad machinists' union, GDL.

The management notes that they are ready to improve working conditions, but a little later - by March 2023.

“We disagree on the timing. But we are talking about typical issues, salary issues that should be discussed at the negotiating table, where solutions are sought, compromises are found. And this is precisely what the union still does not want, ”says Deutsche Bahn HR Director Martin Seiler.

Germany is on vacation, and the strike threatens to seriously disrupt the plans of thousands of Germans. The railroad workers are criticized for their decision too late: the strike became known only a few hours before it began.

“I am sorry that the decision to strike has been made. I don't have a car, I have to use public transport, ”says a local resident. You just want to get home, and then all these delays, waiting. ”

The German Ministry of Transport calls on railway workers to solidarity after a difficult period of pandemic downtime: last year, the company's losses amounted to 5.7 billion euros.

Финансовая аналитика, прогнозы цен на сталь, железную руду, уголь и другие сырьевые товары. More news and analytics on Metallurgprom telegram channel - subscribe to get up-to-date market information and price forecasts faster than others.
Сomments
Add a comment
Сomments (0)
On this topic
Deutsche Bahn decided not to aggravate the situation with trade unions and will pay employees 1,000
Deutsche Bahn with Siemens help to switch to hydrogen trains from 2024
German high-speed trains will ride on Ukrainian wheels
Deutsche Bahn trains will start operating at 265 km /h from August
Elon Musk contracted coronavirus, but doubts the reliability of the tests
Thyssenkrupp expects the Chinese to sell their industrial assets
Recommended:
For 8 months of 2022, steel production in Ukraine fell by 64.5%, to 5.2 million tons
US chip makers caught in crossfire of sanctions
In August, the truck market in Ukraine decreased by 62%
News Analytics
Moody's changed the outlook for the global mining industry to26-09-2022, 19:04
Russia may increase taxation of oil, gas, coal and fertilizers26-09-2022, 15:58
UK steel production hits record low this year26-09-2022, 15:07
Ukrainian court invalidated sale of Ferrexpo Plc shares in 200222-09-2022, 12:45
EU Commission not doing enough to save aluminum industry - associations21-09-2022, 11:07
China production cuts in winter will give limited boost to steel markets -15-09-2022, 10:09
Steel prices may rise as manufacturers stop production11-09-2022, 14:06
IREPAS: The global long products market is in a "dramatic situation"10-09-2022, 20:49
Steel prices are unlikely to rise significantly in the near future - analysts02-09-2022, 22:58
Steel prices may move up on new data from China31-08-2022, 12:19
Sign in with: