In Ukraine, the potential losses were estimated at a billion euros after the introduction of a carbon tax in the EU

The losses of Ukrainian metallurgical companies from the introduction of the EU carbon tax may exceed a billion euros per year, according to Ukrpromvneshexpertiza. 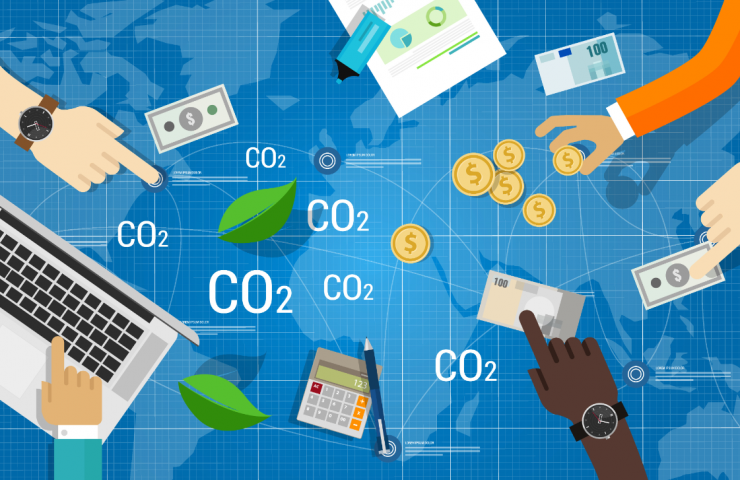 Losses of Ukrainian metallurgical enterprises from the introduction of the so-called carbon tax or Carbon border adjustment mechanism (CBAM) in the EU may exceed a billion euros per year. Such data was announced by the deputy director of Ukrpromvneshexpertiza (UPE) Serhiy Povazhnyuk.

In July, the European Commission, as part of a general program to reduce carbon dioxide emissions by 55% until 2030, announced its intention to introduce a carbon tax (CBAM), which will apply to the supply of ferrous metals, aluminum, cement, fertilizers and electricity to the EU from other countries.

The mechanism provides for a transition period from 2023 to 2025, and from 2026 carbon tariffs will come into force. In the first stage, they will be levied from manufacturers of products with high levels of carbon dioxide emissions.

“Since our metallurgists have higher CO2 emissions per ton of finished products (than in the EU), they will pay (carbon tax when exporting to the EU). Additional costs will range from 50 to 240 euros per ton of steel, depending on the production technology and the level of technological conversion. That is, losses on metallurgical products alone can reach one billion euros, ”S. Povazhnyuk assessed the impact of the European initiative.

In addition, the introduction of CBAM will lead to a reduction in the volume of exports of Ukrainian metallurgical products to the EU and a decrease in its marginality. The industry's annual losses, according to their estimates, could range from 250 to 380 million euros.

“A situation may arise when ore mining will be more profitable than metal production, simply because the total (greenhouse gas) emissions there will be lower,” says S. Povazhnyuk.