The project provides for the joint design and construction of warships in Ukraine and the UK, as well as the construction of the infrastructure of the Ukrainian Navy for a total of £ 1.7 billion. 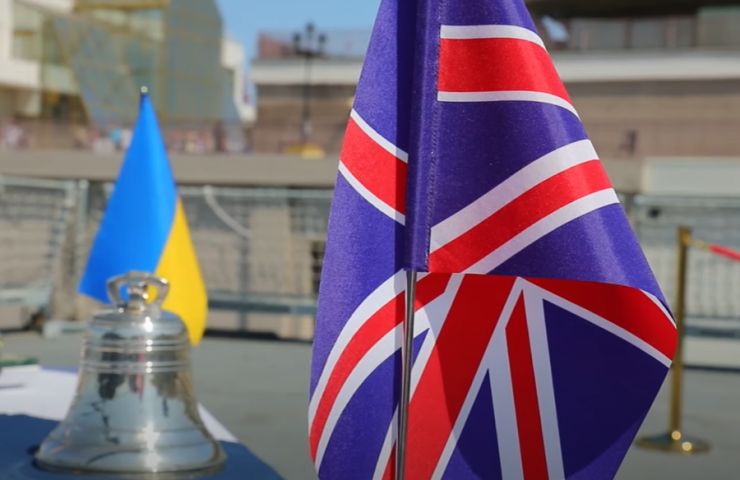 As reported in the press service of the Ukrainian government, as a result of the negotiations, it was agreed that Ukraine and the UK are moving to the practical plane of the implementation of the Memorandum on the implementation of maritime partnership projects between the consortium of industry of the United Kingdom and the Ukrainian Navy, signed on June 21 this year in Odessa.

The document, in particular, provides for the joint design and construction of warships in Ukraine and Great Britain, as well as the construction of the infrastructure of the Ukrainian Navy for a total of £ 1.7 billion.

The implementation of projects will begin after the conclusion of the Framework Agreement between the governments of the two states for up to 8 years. During the meeting, the main quantitative and qualitative indicators and stages of implementation of the agreements were discussed.

According to the press service of the Ministry of Defense of Ukraine, the agreements reached are another step in the development of bilateral cooperation between Ukraine and the United Kingdom to develop the capabilities of the Ukrainian fleet in the Black and Azov Seas.

Recommended:
Energoatom will consider the possibility of producing small nuclear reactors NuScale in Ukraine
Every million tons of coal mined in Ukraine is paid for by the life of at least one miner - trade unions
The European Commission has filed a lawsuit against Poland at the Court of Justice of the European Union
On this topic
Ukraine and Great Britain agreed on the joint construction of warships
Ukraine asks the UK to share its experience in transforming coal regions
Ukraine to get £ 1.25bn loan from UK to build warships
UK to lose over £ 18bn due to Huawei sanctions
Germany will pay 6 billion euros with the Dutch shipyard for the construction of warships
The owner of the Turkish Erdemir is ready to invest a billion pounds in the future of British Steel
Partner news
Сomments
Add a comment
Сomments (0)
News Analytics
Free access to data on special permits for the use of subsoil was opened in28-09-2021, 18:27
Zaporozhye iron ore plant modernized crushing and sorting plant28-09-2021, 16:48
The development of industrial parks will allow to completely restart the28-09-2021, 16:19
Ukrainian Foreign Ministry summoned the Hungarian Ambassador over an agreement28-09-2021, 12:43
ArcelorMittal to Build a Billion Euro Waste Blast Furnace in Belgium28-09-2021, 12:16
Oil prices to surpass $ 90 by year end due to shortages - Goldman Sachs27-09-2021, 10:58
Moody's changes its outlook for the mining and metals industry from "positive"14-09-2021, 18:39
European steel prices decline from summer highs and remain stable high04-09-2021, 10:38
Rise in European steel prices to dizzying levels finally fizzled out - Bloomberg27-08-2021, 13:18
Gold continues to be the most efficient portfolio asset - WGC26-08-2021, 12:38
Sign in with: