For the first time in history, export financing from Switzerland is attracted at the state level, which will be directed to the development of railway transport in Ukraine, in particular, the renewal of the train fleet. 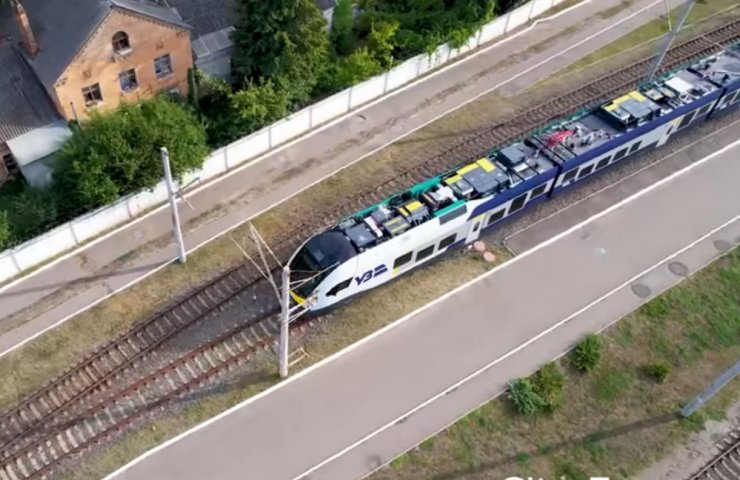 The Ministry of Infrastructure of Ukraine, Ukrzaliznytsia JSC, Swiss engineering companies Stadler CIS AG, Stadler Rail AG and the Swiss Agency for Export Risk Insurance SERV signed a Memorandum of Understanding, which provides for export financing from Switzerland in the amount of 500 million euros for the purchase of Ukraine trains Stadler.

Cooperation involves not only the purchase of trains, but also the localization of Stadler production through the construction of a new plant in Ukraine.

According to the President of Ukraine Volodymyr Zelensky, who was present at the signing ceremony, the City Express project is being launched as part of the Big Construction National Program for the development of suburban railway communication.

As noted by the Minister of Infrastructure Alexander Kubrakov, within the framework of cooperation with Stadler, it is planned to purchase 30 commuter electric trains produced by this company for Kiev, another 30 will be distributed between Kharkov and the Dnieper.

In addition, the memorandum says about 20 new regional electric trains and 10 long-distance electric trains produced by Stadler to renew the rolling stock of Ukrzaliznytsia.

Earlier today at Ukrzaliznytsia told that they plan to purchase Swiss trains by the end of 2022. Among the sources of financing for the purchase, both state budget funds and loans offered by manufacturers are considered.

The maximum speed of the Stadler FLIRT electric train is 160 km /h. It has 262 seats for 1st and 2nd classes. The train is adapted for people with limited mobility and people with disabilities. The rolling stock is equipped with a ramp, places for people in wheelchairs, all information is duplicated in Braille. The Stadler FLIRT train is adapted to operate in Finland, Norway, Estonia, Belarus and Ukraine.

Recommended:
Kazakhstan's economy has reached pre-pandemic level - Prime Minister of the country
The German government allocated 290 million euros from the budget for the creation of hydrogen centers
State Environmental Inspection filed claims against ArcelorMittal Kryvyi Rih in the amount of UAH 456.7 million
On this topic
Ukrzaliznytsia plans to purchase Swiss trains Stadler FLIRT by the end of 2022
This year Ukrzaliznytsia has restored 20 sections of electric trains
Denmark buys 100 electric trains from French Alstom for $ 3.2 billion
Interpipe and DTEK signed agreements with the UAE State Investment Fund
The presidents of Ukraine and Switzerland visited the KP "Water of Donbass"
Ukrzaliznytsya plans to overhaul the Czech trains in the country
Partner news
Сomments
Add a comment
Сomments (0)
News Analytics
State Environmental Inspection filed claims against ArcelorMittal Kryvyi Rih in17-09-2021, 10:28
US Steel will build an electrometallurgical plant with a capacity of 3 million17-09-2021, 10:48
Airbus begins designing a hydrogen-powered aircraft17-09-2021, 10:06
There are already 779 enterprises in Ukraine that officially carry out17-09-2021, 09:16
Low-cost carrier Ryanair plans aggressive expansion in Ukraine16-09-2021, 21:34
Moody's changes its outlook for the mining and metals industry from "positive"14-09-2021, 18:39
European steel prices decline from summer highs and remain stable high04-09-2021, 10:38
Rise in European steel prices to dizzying levels finally fizzled out - Bloomberg27-08-2021, 13:18
Gold continues to be the most efficient portfolio asset - WGC26-08-2021, 12:38
Falling iron ore prices caught Wall Street by surprise - WSJ23-08-2021, 13:57
Sign in with: