Ferroalloy plants of Ukraine currently do not supply ferrosilicomanganese to the countries of the Customs Union, the Association of Ferroalloy Producers UkrFA reported. 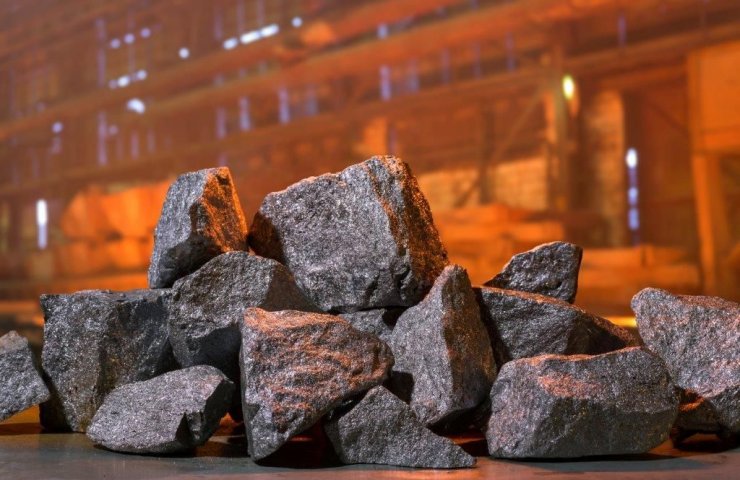 The main ferroalloy enterprises of Ukraine currently do not supply ferrosilicomanganese to the countries of the Customs Union and will not take part in the one held by the Eurasian Economic Commission (EEC) re-investigation regarding the import of this type of ferroalloys.

“Ferroalloy plants of Ukraine currently do not supply ferrosilicomanganese to the countries of the Customs Union, including Russia. Ukrainian plants will not take part in the re-investigation, "Serhiy Kudryavtsev, executive director of the Ukrainian Association of Ferroalloy Producers UkrFA, told Interfax-Ukraine on Wednesday.

As reported, the EEC is re-investigating the import of ferrosilicomanganese produced in Ukraine, extending for this period - until June 24, 2022 inclusive - the existing anti-dumping duty in the amount of 26.35% of the customs value.

The current measure was supposed to be applied until October 27, 2021, however, the EEC Internal Market Protection Department received an application for a repeated anti-dumping investigation, which was opened on June 25 of this year and should be completed within 12 months from the date of its start.

In addition, it was reported that by the decision of the EEC Board dated June 2, 2016 No. 58, an anti-dumping duty was established against ferrosilicomanganese from Ukraine at the rate of 26.35% of the customs value. The initiator of the investigation was OJSC Chelyabinsk Electrometallurgical Plant (ChEMK, RF), which produces ferroalloys. The Ukrainian side cooperated in good faith with the EEC in the framework of the investigation. The submitted documents confirmed the absence of damage to the EAEU producers.

Финансовая аналитика, прогнозы цен на сталь, железную руду, уголь и другие сырьевые товары. More news and analytics on Metallurgprom telegram channel - subscribe to get up-to-date market information and price forecasts faster than others.
Сomments
Add a comment
Сomments (0)
On this topic
"Naftogaz" has filed a lawsuit against the government of Ukraine for the issuance of a
Ferrexpo has appointed a new member of the Board of Directors
EU extends economic sanctions against Russia for six months
"Plant 410 Civil Aviation" will not pay for defective parts - court decision
Turkey will buy engines for heavy attack helicopters in Ukraine
Denmark Ukraine will provide interest-free loans for renewable energy projects
Recommended:
Ford will sharply increase car prices due to a doubling in the price of raw materials for batteries
ArcelorMittal raises European steel prices on rising energy prices
The destruction of the dam of the Kyiv hydroelectric complex will not be a disaster - Ukrhydroenergo
News Analytics
Ukrainian court invalidated sale of Ferrexpo Plc shares in 200222-09-2022, 12:45
EU Commission not doing enough to save aluminum industry - associations21-09-2022, 11:07
Steel market in Europe expects big production cuts due to weak demand20-09-2022, 11:13
Ford warns investors to cut car deliveries due to parts shortages20-09-2022, 10:43
The price of lithium resumes insane growth after Elon Musk's remarks20-09-2022, 10:54
China production cuts in winter will give limited boost to steel markets -15-09-2022, 10:09
Steel prices may rise as manufacturers stop production11-09-2022, 14:06
IREPAS: The global long products market is in a "dramatic situation"10-09-2022, 20:49
Steel prices are unlikely to rise significantly in the near future - analysts02-09-2022, 22:58
Steel prices may move up on new data from China31-08-2022, 12:19
Sign in with: