Ilyashev & Partners defended the Ukroboronprom enterprise in a litigation regarding the supply of low-quality components. 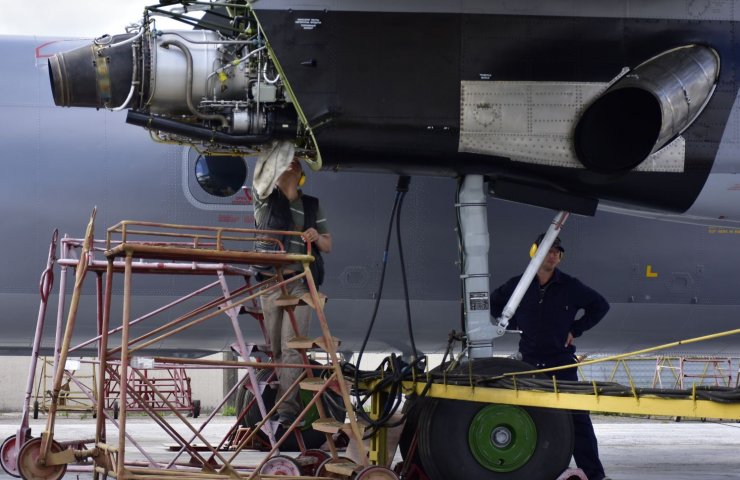 Ilyashev & Partners Law Firm reported about the successful completion of the process in the interests of the state strategic enterprise" Plant 410 Civil Aviation " , which is part of the State Concern "Ukroboronprom", in a litigation with LLC "Aviastroyprogress" regarding the supply of defective parts for the repair and modernization of An-32 aircraft.

“According to the decision of the Northern Commercial Court of Appeal, issued on February 25, 2021, SE“ Plant 410 Civil Aviation ”will not pay for defective parts. The judicial act came into legal force from the moment it was passed, ”the law firm said in a statement.

According to lawyers, a private company, referring to the terms of an agreement with a state-owned enterprise, in court demanded 12.7 million hryvnia from State Enterprise Plant 410 of Civil Aviation for goods that did not pass proper incoming quality control. Despite the fact that the defective aircraft parts were seized by the investigators of the State Bureau of Investigation as evidence in a criminal case concerning the illegal actions of a private company, the Economic Court of the city of Kiev ruled in favor of the supplier in connection with the allegedly carrying out by the state-owned enterprise a complete procedure for controlling the goods and, accordingly, the deadline payment.

The lawyers of Ilyashev & Partners, who joined the case at the stage of appeal, carried out a systematic analysis of the norms of the Civil, Commercial and Air Codes of Ukraine, Aviation Regulations of Ukraine and proved the incorrect interpretation of the actual circumstances of the case by the court of first instance.

State Enterprise "Plant 410 Civil Aviation" specializes in diagnostics, repair, maintenance, refurbishment and modernization of aircraft "An" in the interests of foreign and domestic customers. Founded in 1948. It is included in the list of enterprises of strategic importance for the economy and security of Ukraine.

Recommended:
South Korea has come up with a technology that allows you to extract hydrogen from ammonia without emissions
Ukrainian startup of the former head of the State Space Agency will be engaged in "catching" satellites and their disposal
US and Germany Discuss Reducing Excess Steel Capacities
On this topic
Ukroboronprom opens the register of the concern's real estate, which can be rented
"Ukroboronprom" introduces to "Antonov" Supervisory Board
Trade unions demand from Zelensky to pay attention to the situation with the Zaporizhzhya
Yuzhmash told whether it is possible to launch reusable rockets from the Black Sea
In Ukraine created the working group on the revival of domestic aviation industry
District court of Kyiv imposed a new restriction for 50.3% of Ferrexpo Poltava Mining
Add a comment
Сomments (0)
News Analytics
Iran is satisfied with the reaction of the world community to 60% enrichment of18-04-2021, 13:24
Gas prices in Ukraine have reached a record value over the past two years -16-04-2021, 17:24
Ukrmetallurgprom asks the Antimonopoly Committee to allow Metinvest to bid for16-04-2021, 17:23
A fatal accident occurred on the territory of the Dnieper Metallurgical Plant16-04-2021, 13:01
Cars built for Euro 2012 will be repaired at the Kryukov Carriage Works16-04-2021, 12:46
World Steel Association predicts a good year for metallurgists15-04-2021, 18:19
World Steel Association defines green steel and its variations12-04-2021, 13:14
China unlikely to cut steel capacity in 2021 due to high steel prices07-04-2021, 12:11
Scrap metal market at the beginning of April02-04-2021, 11:10
Rising Chinese Prices Fueled Rising Global Steel Prices - MEPS25-03-2021, 18:54
Sign in with: