Cracks in metal cause high-speed rail to stop in UK

British Railways are in a fever after finding cracks in the steel hull joints of Hitachi high-speed trains. 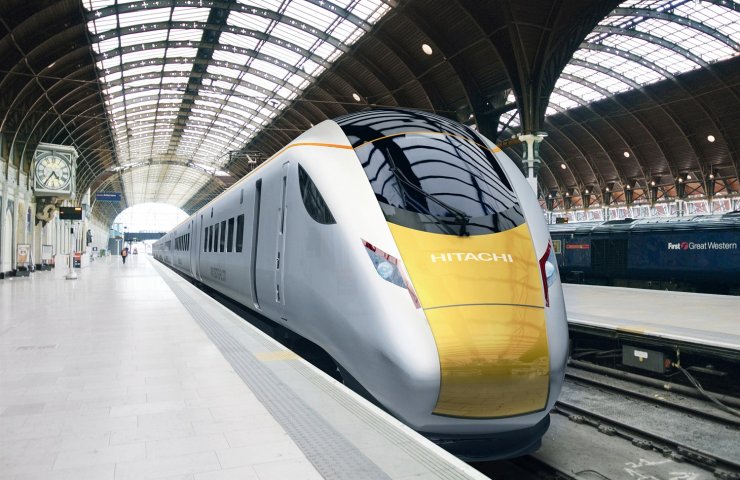 Railroad maker Hitachi Rail has apologized to passengers and promised to conduct a thorough investigation after numerous micro-cracks were found on the hulls of high-speed trains, leading to a halt in rail links between several regions in the UK.

Passengers on trains in the east and west of the country are currently experiencing delays and cancellations.

Trains are built at the Hitachi Train Assembly Plant in Newton-Aycliffe, County Durham.

Hitachi Trains CEO Andrew Barr confirmed that the decision to decommission the Hitachi 800 trains was caused by cracks found in the metal connecting the train body to the bottom of the train.

Mr Barr did not give the exact number of trains stopped - stating that the situation has not yet been resolved - but indicated that additional cracks were found in several trains in addition to those originally discovered.

He said the cracks could not be seen with the naked eye and were originally discovered during routine maintenance. It has not yet been announced where the steel used to make the train bodies was made.

Финансовая аналитика, прогнозы цен на сталь, железную руду, уголь и другие сырьевые товары. More news and analytics on Metallurgprom telegram channel - subscribe to get up-to-date market information and price forecasts faster than others.
Сomments
Add a comment
Сomments (0)
On this topic
Deutsche Bahn trains will start operating at 265 km /h from August
Turkey plans to become a "logistics superpower" and build a railway to Azerbaijan
Yorkshire industrialist Sir Andrew Cook calls for complete ban on steel imports from China
The China-Europe freight train departs for the first time from the hometown of the discoverer of
Panic over a new strain of coronavirus could finally ditch the European aviation industry
German high-speed trains will ride on Ukrainian wheels
Recommended:
Metinvest intends to receive compensation from Russia for the destroyed plants in Mariupol
UK extends ban on Russian gold imports
Russian steel production fell by 6%
News Analytics
China's iron ore output to rise in 2023 as new projects are launched30-11-2022, 18:10
"Centravis" agreed to supply a new batch of seamless pipes to a30-11-2022, 16:51
Metinvest enterprises in Ukraine resumed work after massive shelling of29-11-2022, 11:59
The European Council added the violation of restrictive measures (sanctions) to28-11-2022, 14:22
The abolition of export duty in India may reduce the price of Turkish steel28-11-2022, 14:07
Commodity prices will fall, metals quotes will rise slightly - Focus Economics28-11-2022, 13:28
Platinum market to face shortage next year - WPIC22-11-2022, 18:25
Global steel demand falls and will fall by 2.3% in 2022: WorldSteel19-10-2022, 23:12
Iron ore prices fall to 11-month low15-10-2022, 10:36
China production cuts in winter will give limited boost to steel markets -15-09-2022, 10:09
Sign in with: