Ukrainian railroad workers have started test operation of the Stadler FLIRT train manufactured by the Swiss company Stadler Rail AG for launching on the suburban route of Kiev and the city train. 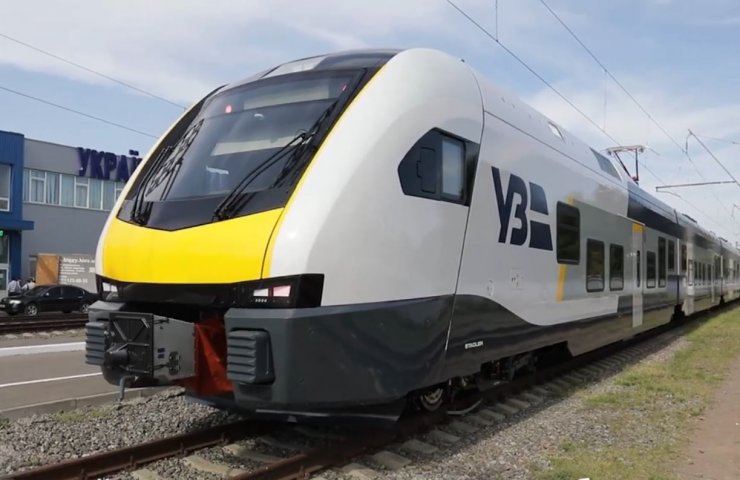 Ukrzaliznytsia plans to use Swiss trains Stadler FLIRT on suburban routes as part of the City Express project in Kiev, Dnipro, Kharkov.

The sample received for testing was built at the Belarusian plant Stadler, JSC "Stadler Minsk".

Ukrzaliznytsia plans to receive and launch the first trains on the routes of the Kiev hub as part of the City Express project until the end of 2022. Among the sources of financing for the purchase, both state budget funds and loans offered by manufacturers are considered.

“City Express is one of the main railway projects under the President's program“ Big Construction ”. We carried out test runs of the FLIRT train on the territory of the metropolitan agglomeration. Now we are working on the development of a feasibility study for the project, we are completing the preparation of technical requirements for rolling stock and platforms. We plan to announce a tender by the end of September. Our task is to unload the entrances to the capital and reduce the travel time to workplaces for residents from the capital's satellite cities, ”said Acting President. Chairman of the Board of JSC "Ukrzaliznytsia" Alexander Kamishin.

The purchase of such trains will be carried out according to an international tender. Ukrzaliznytsia is already sending out terms of reference to leading domestic and foreign manufacturers of rolling stock to attract them to participate in the tender. Localization of production on the territory of Ukraine will be among the main requirements for foreign manufacturers.

The maximum speed of the Stadler FLIRT electric train is 160 km /h. It has 262 seats for 1st and 2nd classes. The train is adapted for people with limited mobility and people with disabilities. The rolling stock is equipped with a ramp, places for people in wheelchairs, all information is duplicated in Braille. The Stadler FLIRT train is adapted to operate in Finland, Norway, Estonia, Belarus and Ukraine.

Stadler FLIRT is a family of passenger electric and diesel trains manufactured by the Swiss company Stadler Rail AG. FLIRT is an abbreviation; English version - Fast Light Innovative Regional Train. The first train was designed for Swiss Railways and delivered in 2004.

Stadler is an international railway vehicle manufacturing company based in Busnang, Switzerland. Founded in 1942, today it has over 8,500 employees and over 50 service departments. The company offers a wide range of rail transport: high-speed trains, intercity trains, regional and suburban trains, metro rolling stock, tram-trains and trams.

Финансовая аналитика, прогнозы цен на сталь, железную руду, уголь и другие сырьевые товары. More news and analytics on Metallurgprom telegram channel - subscribe to get up-to-date market information and price forecasts faster than others.
Сomments
Add a comment
Сomments (0)
On this topic
Ukraine will buy 90 Swiss Stadler trains for a loan from Switzerland
KAMAZ has begun testing drone at the plant
Aston Martin launches its first car manufactured at the Wales plant
Presidential "Big Construction" can reach the railways of Ukraine
Yuzhmash told whether it is possible to launch reusable rockets from the Black Sea
The Dnieper hydroelectric power station can operate for another 100 years after reconstruction
Recommended:
Minister of Energy of Kazakhstan visited ArcelorMittal Temirtau
Ukrainian court invalidated sale of Ferrexpo Plc shares in 2002
The production of passenger cars in Russia decreased by 2.8 times in eight months
News Analytics
The production of passenger cars in Russia decreased by 2.8 times in eight29-09-2022, 11:19
Donetsk and Torez electrotechnical plants will start producing electrical29-09-2022, 11:37
Ukrainian coking plants reduced gross coke production by 55.2%29-09-2022, 11:28
China ramps up investment in transport to bolster economy29-09-2022, 11:33
The heads of mining companies named the main risks for business29-09-2022, 10:03
China production cuts in winter will give limited boost to steel markets -15-09-2022, 10:09
Steel prices may rise as manufacturers stop production11-09-2022, 14:06
IREPAS: The global long products market is in a "dramatic situation"10-09-2022, 20:49
Steel prices are unlikely to rise significantly in the near future - analysts02-09-2022, 22:58
Steel prices may move up on new data from China31-08-2022, 12:19
Sign in with: