Tallinn plans to create a green hydrogen hub in the Baltic

The Estonian port of Tallinn intends to develop infrastructure for renewable energy in the Baltic Sea region, with a focus on hydrogen supplies. 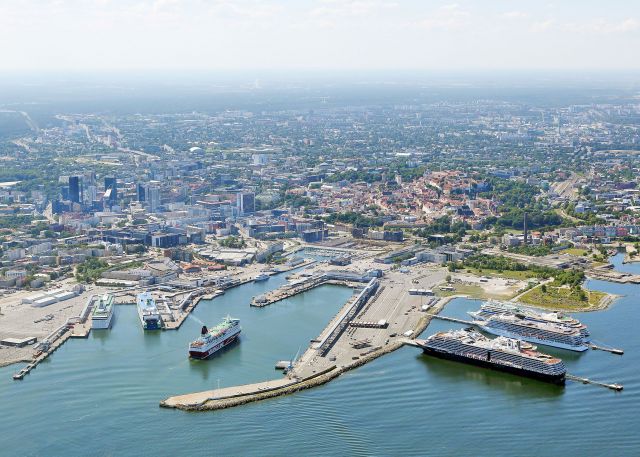 The port plans to build hydrogen storage facilities with a capacity of 25 thousand cubic meters in the Paldiski South Harbor in order to import and export hydrogen in the Baltic region. There are currently no hydrogen terminals in the Gulf of Finland, the port administration said.

This area is suitable for the creation of offshore wind farms, the port administration believes. The electricity generated by the wind turbines can be used to produce green hydrogen, which in turn can serve as bunker fuel, especially for ferries and cruise ships.

In addition to storage facilities, the Port of Tallinn will create the necessary infrastructure for the export and import of green hydrogen. These operations can be carried out through the largest cargo port in Estonia, Muuga, located nearby.

The World Bank has expressed support for the use of hydrogen as a marine fuel. Many major hydrogen projects have been announced this year.

Финансовая аналитика, прогнозы цен на сталь, железную руду, уголь и другие сырьевые товары. More news and analytics on Metallurgprom telegram channel - subscribe to get up-to-date market information and price forecasts faster than others.
Сomments
Add a comment
Сomments (0)
On this topic
Helsinki and Tallinn will be connected by a tunnel designed by the developer of the game Angry Birds
Denmark withdrew permission to build a gas pipeline from Norway to Poland
Zaporizhzhya Ferroalloy Plant highly appreciates Norwegian technologies
"Metinvest " with affiliated companies became the owner of 100% of "Zaporozhogneupor
Tata Steel joined the project of construction of European hyperloop
Thyssenkrupp sold two business lines in a week, considering them unprofitable
Recommended:
Ukraine's foreign exchange earnings from the export of ferrous metals decreased by $4 billion
The production of passenger cars in Russia decreased by 2.8 times in eight months
For 8 months of 2022, steel production in Ukraine fell by 64.5%, to 5.2 million tons
News Analytics
The production of passenger cars in Russia decreased by 2.8 times in eight29-09-2022, 11:19
Donetsk and Torez electrotechnical plants will start producing electrical29-09-2022, 11:37
Ukrainian coking plants reduced gross coke production by 55.2%29-09-2022, 11:28
China ramps up investment in transport to bolster economy29-09-2022, 11:33
The heads of mining companies named the main risks for business29-09-2022, 10:03
China production cuts in winter will give limited boost to steel markets -15-09-2022, 10:09
Steel prices may rise as manufacturers stop production11-09-2022, 14:06
IREPAS: The global long products market is in a "dramatic situation"10-09-2022, 20:49
Steel prices are unlikely to rise significantly in the near future - analysts02-09-2022, 22:58
Steel prices may move up on new data from China31-08-2022, 12:19
Sign in with: