Underlying EBITDA of the Dutch mining and metallurgical holding of Ukrainian businessmen Rinat Akhmetov and Vadim Novinsky in the first half of 2021 increased by 4.3 times 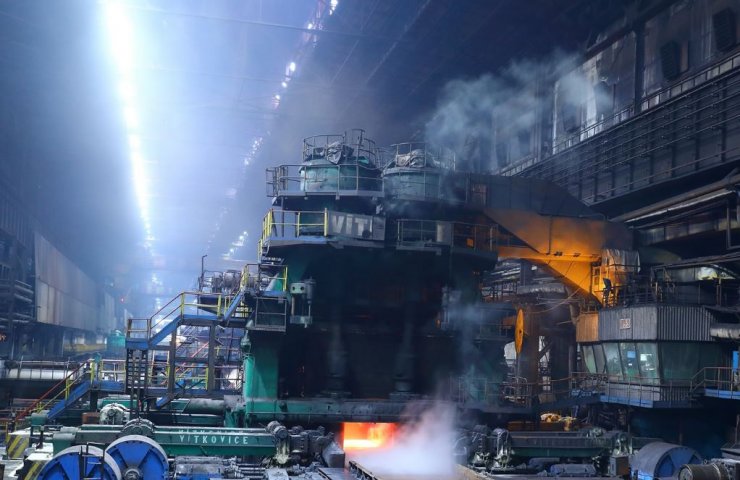 Against the backdrop of the global economic recovery and rising commodity prices in the first half of 2021, Metinvest's consolidated revenue grew by 70% year-on-year to $ 8.47 billion. Profit before tax EBITDA grew 4.3 times to $ 3.79 billion.

Against the background of an increase in production at two Mariupol plants, Azovstal and MMK im. Ilyich, the production of pig iron increased by 8% compared to the same period last year - up to 4,405 thousand tons, and steel - by 10%, up to 4,358 thousand tons.

Commenting on the results, Yuri Ryzhenkov, CEO of Metinvest, noted that operational improvement initiatives had an impact of $ 368 million in the reporting period.

“This became possible thanks to the efforts of our team and various events, including the use of the most advanced technologies. So, we use artificial intelligence to control the heat balance in blast furnaces. To automate our iron ore assets, we have developed the Digital GOK program, which is valid until 2025 and includes optimizing business processes, as well as reducing production costs, "Ryzhenkov said.

As reported, in March this year, Metinvest gained control over the Pokrovskaya Coal Group, the largest producer of high-quality coking coal in Ukraine, as a result of the exercise of a buy option. The Pokrovsk coal group includes several enterprises. As of June 30, 2021, the Group's effective interest in the main acquired businesses was 99.22% in the Pokrovskoye mine management and 99.57% in the Svyato-Varvara concentrator.

In August 2021, after the end of the reporting period, Metinvest acquired assets related to the integral property complex of the Dnieper Metallurgical Plant (DMK) in Kamenskoye, Ukraine, for approximately $ 340 million. The production capacity of DMK is 3.2 million tons of steel per year.

Финансовая аналитика, прогнозы цен на сталь, железную руду, уголь и другие сырьевые товары. More news and analytics on Metallurgprom telegram channel - subscribe to get up-to-date market information and price forecasts faster than others.
Сomments
Add a comment
Сomments (0)
On this topic
Metinvest will gain control over the largest producer of coking coal in Ukraine
AMCU requested the opinion of the companies on the obligations of Metinvest in case of obtaining
Metinvest Trametal has attracted funding for the modernization of their assets
INTERPIPE has improved its financial results for the 12 months 2019
The US Embassy congratulated Ukravtodor on signing a memorandum with an American company
Metinvest in 2019 increased steel smelting by 3%
Recommended:
The European Commission plans to create a European hydrogen bank with a budget of 3 billion euros
Islamabad receives $1.5 billion investment proposal for PSMC privatization
Ukrainian coking plants reduced gross coke production by 55.2%
News Analytics
British Steel owner asks government for financial support05-10-2022, 13:05
The price of gold crossed the mark of 1700 dollars05-10-2022, 13:28
US coal prices top $20004-10-2022, 10:16
Tata Steel merger plan to secure long-term profits03-10-2022, 10:46
US hydrogen prices to drop to zero dollars per kg in 5 to 6 years: Platts02-10-2022, 21:53
China production cuts in winter will give limited boost to steel markets -15-09-2022, 10:09
Steel prices may rise as manufacturers stop production11-09-2022, 14:06
IREPAS: The global long products market is in a "dramatic situation"10-09-2022, 20:49
Steel prices are unlikely to rise significantly in the near future - analysts02-09-2022, 22:58
Steel prices may move up on new data from China31-08-2022, 12:19
Sign in with: