Germany begins certification of the Nord Stream 2 gas pipeline, which may take up to 4 months

The German regulator began the process of checking Nord Stream 2 for compliance with European legislation on September 8, German media reported. 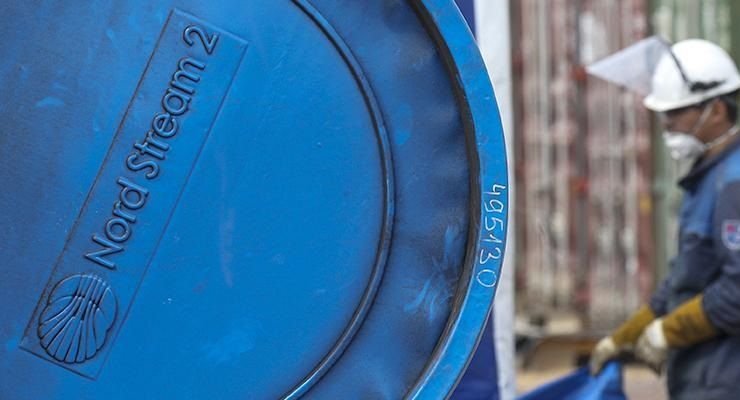 Bundesnetzagentur reported that it received all the necessary documentation for the recently completed gas pipeline with a capacity of 55 billion cubic meters per year on the bottom of the Baltic Sea. The certification process began on September 8th.

Construction of the Nord Stream 2 gas trunkline was fully completed on the morning of September 10. said the chairman of the Management Board of Gazprom Alexey Miller.

To launch the gas pipeline and begin commercial supplies, the project operator, a subsidiary of Gazprom, Nord Stream 2 AG, and the Nord Stream 2 gas pipeline itself, must pass the appropriate certifications, which must be confirmed by the German regulator Bundesnetzagentur.

Let us remind you that Gazprom is expecting the first gas deliveries via Nord Stream 2 from the beginning of October.

Recommended:
Financial Times: Joe Biden's meeting with Volodymyr Zelensky is a test of America's promises
Metinvest, in partnership with the Ministry of Culture, will create the first interactive laser-projection show in Ukraine in Khortitsa
Electrotyazhmash was reorganized into a joint stock company
On this topic
The last pipe of Nord Stream 2 was welded in the Baltic Sea - gas pipeline operator
Nord Stream 2 will complete construction of the Russian ship Akademik Chersky - German regulator
Denmark gave Nord Stream 2 the green light to continue laying pipe
The Swiss-Dutch company Allseas stopped the construction of the "Nord stream-2"
A new lawsuit for "Gazprom": what does "Naftogaz" in the Stockholm arbitration?
The European Union finally made changes to the Gas Directive of the Third Energy Package
Partner news
Сomments
Add a comment
Сomments (0)
News Analytics
Coal production in Ukraine in January-August 2021 increased by 6%18-09-2021, 11:11
Viktor Pinchuk's metallurgical company Interpipe increased steel production by18-09-2021, 11:46
ArcelorMittal Kryvyi Rih will appeal environmental claims for over UAH 45018-09-2021, 11:43
State Environmental Inspection filed claims against ArcelorMittal Kryvyi Rih in17-09-2021, 10:28
US Steel will build an electrometallurgical plant with a capacity of 3 million17-09-2021, 10:48
Moody's changes its outlook for the mining and metals industry from "positive"14-09-2021, 18:39
European steel prices decline from summer highs and remain stable high04-09-2021, 10:38
Rise in European steel prices to dizzying levels finally fizzled out - Bloomberg27-08-2021, 13:18
Gold continues to be the most efficient portfolio asset - WGC26-08-2021, 12:38
Falling iron ore prices caught Wall Street by surprise - WSJ23-08-2021, 13:57
Sign in with: