The head of the company said that the main income will come from migrant workers, who are able to pay an average of 40 euros for a flight to Europe. 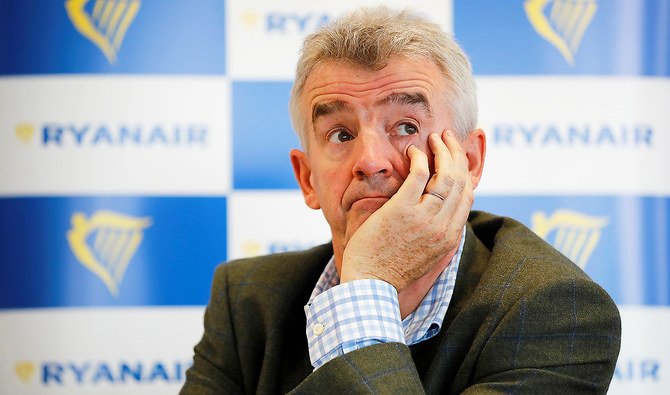 O 'Leary, whose airline is the largest low-cost carrier in Europe and a major investor in neighboring Poland, said he expects the Ukrainian government to join the open skies before the end of the year.

"The only market I would like to point out is Ukraine ... I think we will become a major investor in Ukraine when they join the European Open Skies," O 'Leary said in an address to investors after the annual general meeting of the company.

Ryanair launched its first flights to Ukraine in 2018 after the government managed to overcome the resistance of local businessmen and officials who tried to prevent him from entering the country.

O 'Leary said Ryanair currently operates at five Ukrainian airports on a bilateral basis, but there are up to 12 suitable airports in the country.

According to the head of the airline, the main income will be provided by migrant workers, who, according to him, currently pay an average of about 40 euros per flight. Earlier, the airline said it also sees potential in the country's domestic market.

“I think this will be a model that we will aggressively move towards,” said O 'Leary.

Low-cost carriers had a transformative impact on the economies of many Central and Eastern European countries in the early 2000s, opening up new flows of migrants and tourists to Western Europe.

Russia and several of its former Soviet neighbors have opted for more protectionist aviation policies.

Финансовая аналитика, прогнозы цен на сталь, железную руду, уголь и другие сырьевые товары. More news and analytics on Metallurgprom telegram channel - subscribe to get up-to-date market information and price forecasts faster than others.
Сomments
Add a comment
Сomments (0)
On this topic
From Mariupol to Italy by plane: Ernest Airlines will make it a reality
How the reform of the electricity market in Ukraine can lead to a collapse and what to do about it
Ukraine expects difficult negotiations on trade in metal products as part of the renewal of the
Russian airlines began flying around Belarus
UN experts believe that the worst-case scenario for the Ukrainian economy can still be avoided
Panic over a new strain of coronavirus could finally ditch the European aviation industry
Recommended:
Platinum market to face shortage next year - WPIC
The abolition of export duty in India may reduce the price of Turkish steel
Mining enterprises of Ukraine reduced the export of iron ore by 38.9%
News Analytics
Analysts predict 5% annual growth in the iron casting market through 203006-12-2022, 12:44
Oman to build a new steel plant worth $3 billion in 3 years06-12-2022, 12:14
Tesla's Shanghai gigafactory set a new record for electric vehicle shipments in05-12-2022, 15:24
Sanjeev Gupta may lose control of his steel plants in Belgium05-12-2022, 13:55
Steel demand and weather in Australia will affect coking coal prices05-12-2022, 13:16
Analysts predict 5% annual growth in the iron casting market through 203006-12-2022, 12:44
Commodity prices will fall, metals quotes will rise slightly - Focus Economics28-11-2022, 13:28
Platinum market to face shortage next year - WPIC22-11-2022, 18:25
Global steel demand falls and will fall by 2.3% in 2022: WorldSteel19-10-2022, 23:12
Iron ore prices fall to 11-month low15-10-2022, 10:36
Sign in with: