Representatives of the Sofia Med plant, who visited the workshops of the machine-building plant, were interested in the possibilities of Electrotyazhmash to repair DC machines produced in the USSR in the 60s of the last century. 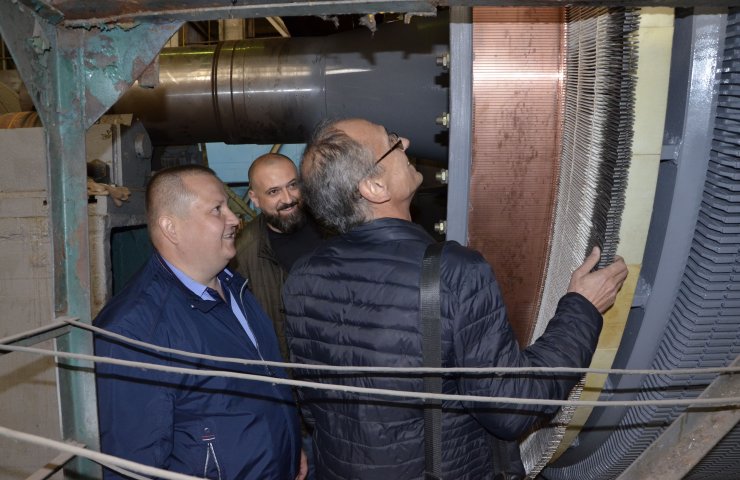 Representatives of the Bulgarian plant SofiaMed visited the Kharkov enterprise "Electrotyazhmash". Potential customers were interested in technical capabilities for the repair and production of large DC machines.

The Bulgarian side is primarily interested in the overhaul of the anchor with the manufacture of new spare parts.

Also in parallel, potential customers are considering the issue of manufacturing by Electrotyazhmash a new similar engine and spare parts for it.

During the visit, the delegation got acquainted with the production workshops and met with the management of the plant. Following the negotiations, representatives of Sofia Med received a technical and commercial offer from Electrotyazhmash.

Финансовая аналитика, прогнозы цен на сталь, железную руду, уголь и другие сырьевые товары. More news and analytics on Metallurgprom telegram channel - subscribe to get up-to-date market information and price forecasts faster than others.
Сomments
Add a comment
Сomments (0)
On this topic
Metinvest will join the international research consortium for the recycling of industrial waste
Energomashspetsstal successfully passed General Electric qualification
American Westinghouse Electric will build a nuclear reactor of the AP1000 project in Ukraine
Energomashspetsstal will produce on the order of General Electric two qualifying billet
Japanese companies to complete development of hydrogen engines for ocean-going ships by 2025
Railways in 2020 will buy the 40 locomotives General Electric
Recommended:
The converter shop of the steel plant in Kamensky, Dnepropetrovsk region, resumed work
Analysts confident of significant growth in global demand for galvanized steel
UK is ready to give 300 million pounds to save British Steel
News Analytics
European steel price rise that began in January will be short-lived - MEPS26-01-2023, 14:44
Steel production in China rose in the first decade of January26-01-2023, 12:30
UK is ready to give 300 million pounds to save British Steel20-01-2023, 21:31
Carriage building plant in Kremenchug stopped production due to debts20-01-2023, 21:11
Europe's passenger car market records its worst year since the turn of the20-01-2023, 21:03
S&P: Russia will continue to dominate the steel export market in the Black05-01-2023, 11:22
Fitch Analysts Predict Big Drop in Global Steel Consumption This Year14-12-2022, 13:59
Analysts predict 5% annual growth in the iron casting market through 203006-12-2022, 12:44
Commodity prices will fall, metals quotes will rise slightly - Focus Economics28-11-2022, 13:28
Platinum market to face shortage next year - WPIC22-11-2022, 18:25
Sign in with: