For the first time, the exchange price of gas in Europe exceeded USD 1,200 per thousand cubic meters

Europe, in the context of a general shortage of gas supplies (via gas pipelines and in liquefied form), is forced to compete for LNG with the premium market in Asia. 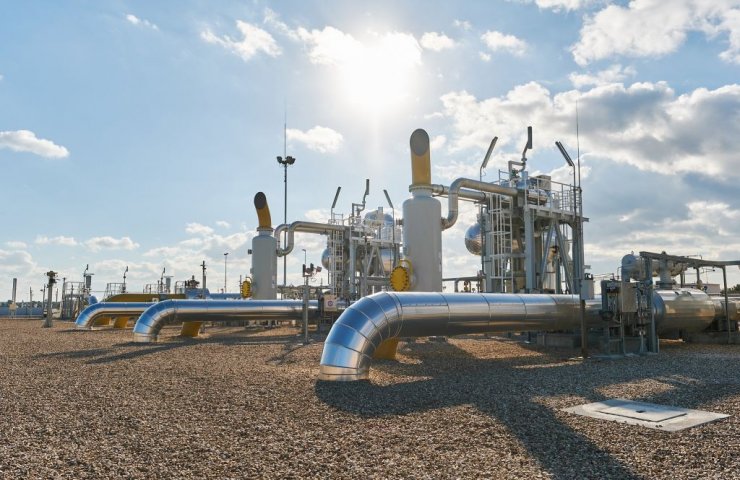 The exchange price of gas in Europe has once again renewed its historical maximum, for the first time exceeding the mark of 1200 US dollars per 1,000 cubic meters. This is evidenced by the data of the London stock exchange ICE.

At the time of this writing, the November futures price on the TTF hub in the Netherlands is € 95.3 per MWh (ICE prices are presented in € per MWh), or $ 1139.88 per thousand cubic meters (based on the current EUR /USD exchange rate).

At the opening of trading, the price of gas at its maximum reached $ 1205.25. Then the price dropped slightly, but still remains above the previous record. It was installed the day before, on September 30, and amounted to USD 1102 per 1,000 cubic meters. m.

According to the press service of the Ukrainian gas transmission system operator, due to the absence of applications from October 1, the transit of gas through the territory of Ukraine in the direction of Hungary was stopped. The company also added that given the fact that gas was imported from Hungary through a virtual reverse, there is no possibility of importing from Hungary without transit.

Финансовая аналитика, прогнозы цен на сталь, железную руду, уголь и другие сырьевые товары. More news and analytics on Metallurgprom telegram channel - subscribe to get up-to-date market information and price forecasts faster than others.
Сomments
Add a comment
Сomments (0)
On this topic
Prices for gasoline and diesel fuel fall in Europe
"Naftogaz" has filed a lawsuit against the government of Ukraine for the issuance of a
The operator of the gas transport system of Ukraine has concluded agreements with all connecting
"Naftogaz of Ukraine" in February reduced the price of gas for industry by 15%
Gas price in Europe exceeded $ 500 per thousand cubic meters
Gas prices in the EU increased by 15-30% due to the reduction of supply
Recommended:
The global high-strength steel market will grow steadily by 5% annually for the next 5 years
Uralvagonzavod is interested in the metal products of the Alchevsk metkobinat
Hydrogen to be 'key element' of future EU economy - EU climate chief
News Analytics
The largest producer of titanium raw materials in Ukraine OGCC will sell25-05-2022, 20:48
Glencore accused of bribery in London pleads guilty in the US25-05-2022, 10:44
Swiss oil and gas equipment manufacturer Sulzer leaves Russia24-05-2022, 13:08
BIR: European Commission's decision on scrap metal will be the most tragic24-05-2022, 11:41
Rejection of Russian palladium destroys markets24-05-2022, 11:41
US steel market sentiment becomes more price neutral05-05-2022, 10:15
The global high-strength steel market will grow steadily by 5% annually for the04-05-2022, 08:45
China steel inventories hit 13-month high amid COVID-19 outbreak30-04-2022, 16:38
Slowdown in global auto sector affects steel prices27-04-2022, 12:36
World alumina production reaches a record 138 million tons21-04-2022, 09:54
Sign in with: