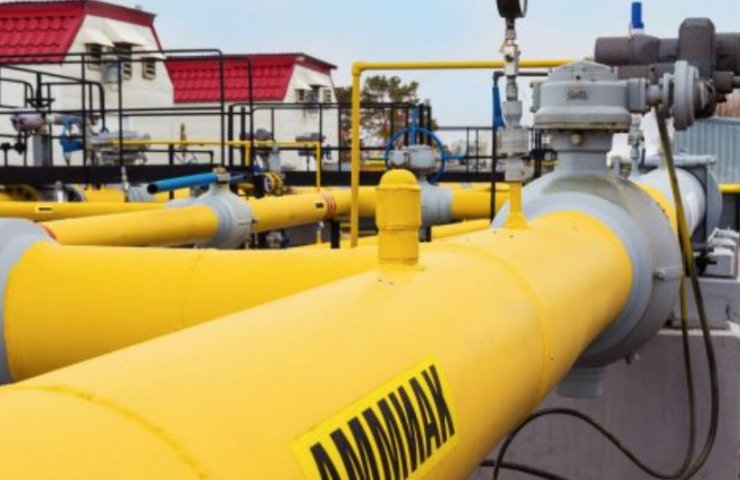 Officials of the state enterprise, according to the investigators of the Main Investigation Department of the National Police of Ukraine, purchased special equipment at inflated prices.

“During the investigation, it was established that officials of the state-owned enterprise during public procurement through manipulation of tender documents purchased equipment at prices significantly higher than market prices. As a result of such actions of persons, the state suffered millions of losses, "says message from the police press service.

Criminal proceedings are being investigated under Part 5 of Art. 191 of the Criminal Code of Ukraine. Procedural guidance is provided by the Office of the Attorney General.

For embezzlement, embezzlement or taking possession of property by abuse of official position, current legislation provides for punishment in the form of imprisonment for a period of seven to twelve years with the deprivation of the right to hold certain positions or engage in certain activities for up to three years and with confiscation of property.

In turn, the press service of "Ukrhimtransammiak" reported that information about the alleged exposure of the criminal scheme of embezzlement of funds of the state enterprise "Ukrhimtransammiak" is being disseminated, probably in the interests of certain interested persons or political groups. They stressed that a search was carried out in the building of the enterprise on September 30 as part of the investigation of the criminal proceedings dated October 29, 2020.
“During the search, the investigators of the National Police, acting together with the employees of the Department of Strategic Investigations, seized things and documents that may have evidentiary value in this criminal proceeding. At the same time, the management staff and specialists of the State Enterprise "Ukrhimtransammiak" in every possible way contributed to the conduct of investigative actions, providing documents and all the necessary data on demand, "the state company said.

In September, the Investigative Judge of the Supreme Anti-Corruption Court chose a measure of restraint in the form of detention for the former head of the state-owned enterprise Ukrhimtransammiak, suspected of abuse of office, which caused more than 42.5 million hryvnia in losses. According to the investigation, the ex-director, abusing his official position, organized the purchase of bentonite clay, which was mined by the company under his control, instead of using the free soil that was available in the city for repair work to add the ammonia pipeline.

SE "Ukrhimtransammiak" - one of the world's largest transporters of liquid ammonia - is the operator of the Ukrainian section of the main ammonia pipeline Togliatti-Horlivka-Odessa. The ammonia pipeline is a facility that is unique in its technical solutions, scale and purpose, which transports a chemical substance - liquid ammonia from Russia to the Odessa Port Plant, from where it is exported to the countries of Europe, Asia and Africa.

Финансовая аналитика, прогнозы цен на сталь, железную руду, уголь и другие сырьевые товары. More news and analytics on Metallurgprom telegram channel - subscribe to get up-to-date market information and price forecasts faster than others.
Сomments
Add a comment
Сomments (0)
On this topic
One of the largest lithium deposits in Ukraine returned to the disposal of the state
Dmitry Firtash regained the right to purchase a 51% stake in the Zaporozhye Titanium and Magnesium
The Nikolaev aluminous plant announced that forced the suspension of production
The National Police of Ukraine told about the searches at one of the enterprises of Ukrzaliznytsia
Electricity prices declined, but too early to relax - ArcelorMittal Krivoy Rog
The Prosecutor's office came with a search warrant at the Kharkov "Electrotyazhmash"
Recommended:
China reduced steel exports in July by one million tons or 12%
Fitch Ratings downgrades Ukrzaliznytsia's credit rating amid downgrading of Ukraine's sovereign rating
The world's first contract for the supply of a 1 GW hydrogen electrolytic cell was signed
News Analytics
POSCO Expands Collaboration with Global Iron Ore Supplier Vale on Mild Steel19-08-2022, 11:33
Droughts affect Europe's hydropower market, exacerbating energy crisis19-08-2022, 11:37
Rosneft transfers refineries to its own catalysts17-08-2022, 10:55
ArcelorMittal Temirtau signed a Memorandum to ensure industrial safety17-08-2022, 10:26
British metallurgists raise steel prices again due to rising energy prices17-08-2022, 10:12
UBS raises global LFP battery market share forecast to 40% by 203017-08-2022, 11:26
Automotive steel market to exceed $161.75 billion by 203015-08-2022, 14:34
The US market may begin a collapse in prices for thick sheet14-07-2022, 09:39
High iron ore shortage could halt metallurgy's green transition28-06-2022, 14:02
Price volatility hits global steel market27-06-2022, 19:28
Sign in with: