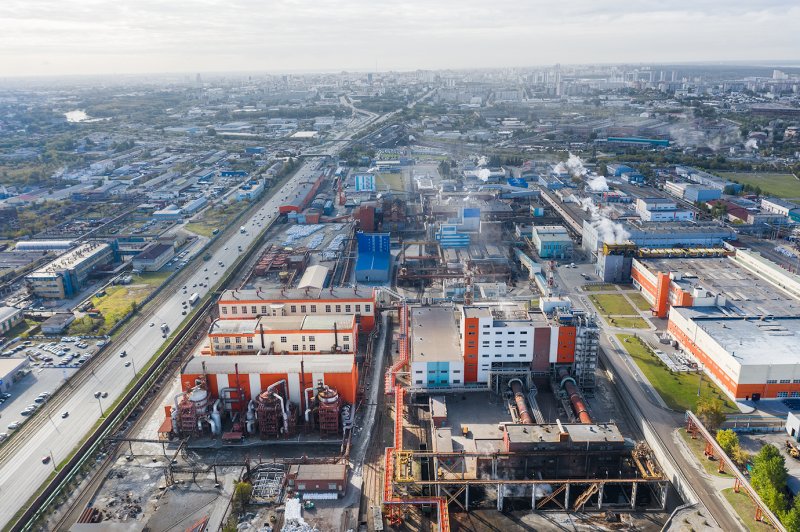 The Chelyabinsk Zinc Plant (an enterprise of the metallurgical complex of the UMMC) received the results of the state environmental examination of the project for the construction of gas cleaning systems for two furnaces of the Waelz shop. According to the conclusion of the expert commission of the Ministry of Natural Resources and Ecology of the Russian Federation, the documentation complies with the environmental requirements established by the legislation in the field of environmental protection. The systems assume a wet cleaning method, while the exhaust gases in a special absorber are sprayed with a reagent - limestone suspension. The degree of purification in this way reaches 98%. As a result of the reaction, gypsum is formed, which can later be used in the production of building materials. The scale of the project can be judged by the volume of construction. It is planned to commission several buildings from scratch, replace and reconstruct several large-scale pieces of equipment. In addition, it is planned to replace the existing smoke exhausters in the baghouse filter building with new ones with an increased pressure characteristic. The existing gas duct will also be reconstructed. As a result of the operation of the cleaning systems of the two furnaces, sulfur dioxide emissions will be reduced by 20-25%. And this is only the first stage - after the construction of the gas cleaning systems of the remaining furnaces is completed, the volume of emissions will decrease by another 50 percent. Responsible attitude to the environment is one of the important components of the policy of the Chelyabinsk Zinc Plant. In the total volume of city emissions, the plant accounts for no more than 1.2%. Despite this, the company is actively working to reduce this indicator. It is planned to spend about 4 billion rubles on the implementation of environmental measures in the next few years.

Финансовая аналитика, прогнозы цен на сталь, железную руду, уголь и другие сырьевые товары. More news and analytics on Metallurgprom telegram channel - subscribe to get up-to-date market information and price forecasts faster than others.
Сomments
Добавить комментарий
Комментарии (0)
On this topic
The TMK Board of Directors recommends accepting the voluntary offer of the TMK subsidiary in
CZP to build a three-story administrative building for employees of the Waelz shop
TMK's Board of Directors approved a program for the acquisition of TMK's common shares by its
Metalloinvest invests more than RUB 21 billion in Environmental program
Posting announcement 2020
NLMK Group will reduce dusting of tailings at Stoilensky GOK by 70%
News Analytics
The Belarusian steel plant was visited by the Ambassador of Kazakhstan to06-07-2022, 17:44
US steel prices fall to December 2020 levels06-07-2022, 13:40
Interpipe mastered a new type of railway wheels for the EU market06-07-2022, 12:15
Tesla in the second quarter reduced the supply of cars by 18%04-07-2022, 10:24
Steel prices fall due to weakening European demand and problems in China04-07-2022, 10:40
High iron ore shortage could halt metallurgy's green transition28-06-2022, 14:02
Price volatility hits global steel market27-06-2022, 19:28
Recovery in China could be key to rising global steel prices - MEPS24-06-2022, 14:00
Conflict in Ukraine spurs Europe's drive for clean energy03-06-2022, 12:14
US steel market sentiment becomes more price neutral05-05-2022, 10:15
Sign in with: