Svyatogor has allocated more than 9.5 million rubles for the renovation of a kindergarten in the village of Baranchinsky 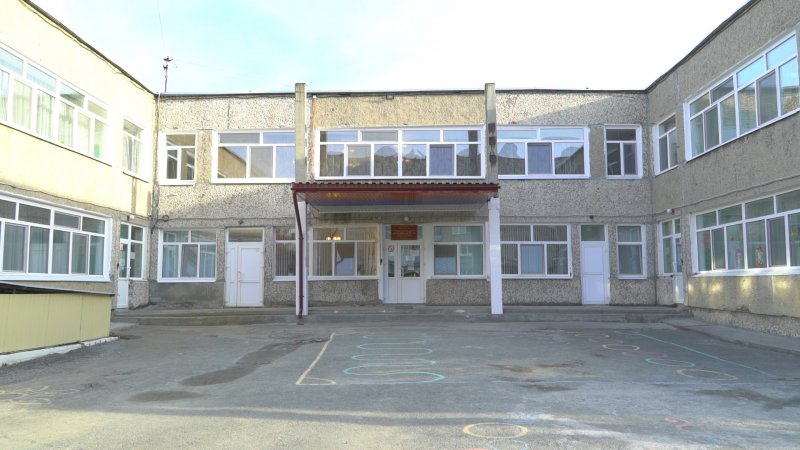 JSC "Svyatogor" (an enterprise of the metallurgical complex of UMMC) provided charitable assistance to preschool institution No. 25 in the village of Baranchinsky, allocating funds for a major overhaul of the building, which has never been carried out in the entire history of the kindergarten.

- Before the overhaul, among other problems, the most acute issue was the unsatisfactory condition of the roof of the building, - said the head of the MDOU No. 25 Lyubov Trefilova, - also required repair of the facade, replacement of heating, sewerage and water supply systems.

The prospect of renewal appeared after the signing of the Agreement on socio-economic cooperation between the administration of the Kushvin city district and JSC "UMMC" represented by JSC "Svyatogor". The amount of funds allocated within the framework of the charity program of the metallurgical enterprise amounted to more than 9.5 million rubles.

- Overhaul in kindergarten No. 25 in the village of Baranchinsky is another example of cooperation of the Ural Mining and Metallurgical Company represented by JSC Svyatogor "And the administration of the Kushvinsky GO, - said the deputy director for social and general issues of Svyatogor JSC Yuri Murzaev. - The result of such interaction was comfortable conditions for the kids and the teaching staff of the preschool institution.

After the auctions in the kindergarten, the first thing to do was repair the soft roof, installed new window blocks on the first and second floors of the building, renovated the facade, internal engineering networks were replaced. Moreover, after the bidding, there was a saving in money. This made it possible to expand the list of repair work.

- By order of Rospotrebnadzor, we repaired the basement of the catering unit, - said Lyubov Trefilova, - we replaced the ventilation at the catering unit, purchased new equipment, updated sanitary equipment in all groups. Among the outdoor works - the repair of the blind area around our entire building, the renewal of the visor over the entrance to the preschool institution.

Kindergarten No. 25 is one of the most popular in Baranchinsky. Today it is attended by 245 children of different ages. For their comfortable stay in groups, a number of repairs were also carried out.

- We express our sincere gratitude for the gratuitous assistance provided by Svyatogor JSC. Thank you for the fact that the management of the enterprise did not remain indifferent to the problems of our institution. We wish Svyatogor financial well-being, prosperity, and health and warmth to its employees.

Финансовая аналитика, прогнозы цен на сталь, железную руду, уголь и другие сырьевые товары. More news and analytics on Metallurgprom telegram channel - subscribe to get up-to-date market information and price forecasts faster than others.
Сomments
Добавить комментарий
Комментарии (0)
On this topic
About the future profession - in questions and answers: at the Technical University of UMMC there
UMMC Technical University opened the road to the future for schoolchildren of the village of
UMMC Zastroyshchik has completed the restoration of the building of the former industrial
"UMMC-Developer" discussed the future of Kazantsev's garden and
"UMMC-Builder" will give the city land for construction of social infrastructure in
Gaysky GOK plans to send about 130 million rubles to charity in 2021
News Analytics
The Belarusian steel plant was visited by the Ambassador of Kazakhstan to06-07-2022, 17:44
US steel prices fall to December 2020 levels06-07-2022, 13:40
Interpipe mastered a new type of railway wheels for the EU market06-07-2022, 12:15
Tesla in the second quarter reduced the supply of cars by 18%04-07-2022, 10:24
Steel prices fall due to weakening European demand and problems in China04-07-2022, 10:40
High iron ore shortage could halt metallurgy's green transition28-06-2022, 14:02
Price volatility hits global steel market27-06-2022, 19:28
Recovery in China could be key to rising global steel prices - MEPS24-06-2022, 14:00
Conflict in Ukraine spurs Europe's drive for clean energy03-06-2022, 12:14
US steel market sentiment becomes more price neutral05-05-2022, 10:15
Sign in with: