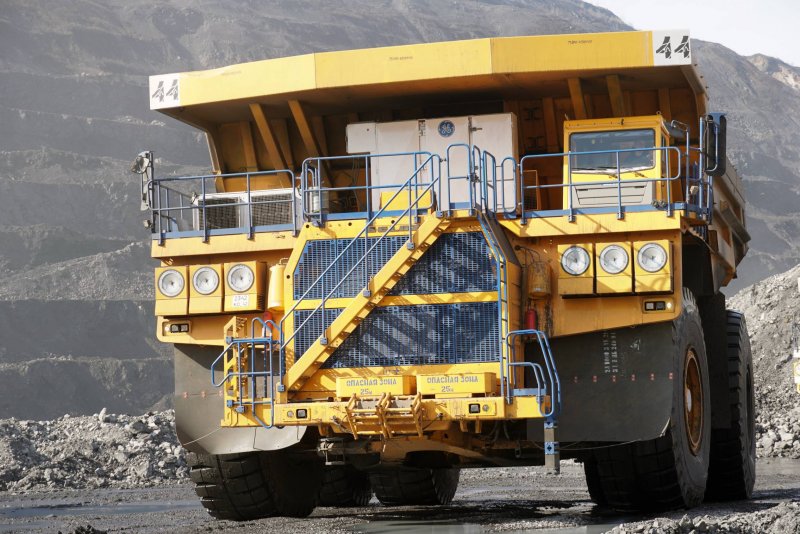 At the Bachatsky Coal Mine branch of JSC MC Kuzbassrazrezugol (an enterprise of the raw materials complex of UMMC), two new BelAZ-75605 mining dump trucks were put into operation. This is the most modern modification of the 7560 series machines with a lifting capacity of 360 tons. Technicians and drivers of Kuzbassrazrezugol mining dump trucks have been trained in the operation and maintenance of new machines.

Currently, two BelAZ-75605 trucks are working on the removal of rock mass, another one is at the stage of assembly and installation. In total, this year the Bachatsky mine will receive seven such dump trucks. Three more will be commissioned at the Taldinsky open-cut mine. Thus, by the end of 2019, the Company's vehicle fleet will be replenished with ten 360-tonne trucks of a new design.

“The most demanded at our enterprises are 220- and 130-ton BelAZ trucks, which account for the bulk of supplies of new vehicles. but under the conditions of the Bachatsky and Taldinsky open-pit mines, super-heavy dump trucks are also relevant. The most large-scale replenishment awaits the technological transport park of the Taldinsky open-pit mine. As part of the investment program, the enterprise will receive 39 new vehicles, - says the head of the road transport department of JSC MC Kuzbassrazrezugol, Sergei Ryabkin. - Part of it will be used to replace mining dump trucks that have exhausted their service life, part - to increase the vehicle fleet. The Company's plans for this year are to increase the volume of coal production, in particular, at the Taldinsky open-pit mine by almost 2 million tons, and this requires additional production capacity. "

In total, in 2019, the enterprises of the Kuzbassrazrezugol Management Company are delivery of 87 BelAZ dump trucks with carrying capacity from 90 to 360 tons, of which 7 units were put into operation ahead of schedule - in December 2018.