Construction of a new sulfuric acid warehouse has begun at Uralelectromed 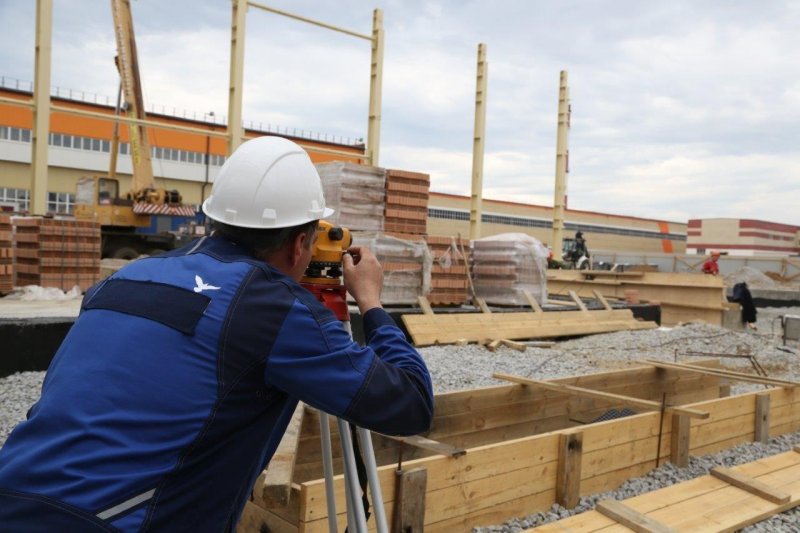 Uralelectromed JSC (an enterprise of the UMMC metallurgical complex) has started a project to build a new sulfuric acid warehouse. The launch of the industrial facility is planned for December this year. This will allow the enterprise to bring the storage of sulfuric acid to a fundamentally new level of ensuring the chemical safety of employees of the enterprise.

- The new warehouse will reduce the storage volumes of sulfuric acid by almost half and, using energy-saving technologies, will increase the efficiency of pumping the product to production shops, - said Alexei Korolev, chief engineer of Uralelectromed JSC.

The site for the construction of the facility was chosen based on the requirements of industrial safety, next to the chemical and metallurgical shop and the section for the production of antiseptic of the vitriol shop. A control room for controlling acid pumping processes will be installed separately - in the building of the antiseptic production site. The contractors have already prepared the foundations for the sulfuric acid tanks. The containers themselves were made in the branch "Production of non-ferrous metal alloys" JSC "Uralelectromed" (Verkh-Neyvinsky settlement).

The new warehouse for storing sulfuric acid will comply with the requirement of Federal Law No. 116 "On industrial safety of hazardous production facilities" ... The building area will be 750 m². The territory will house three storage tanks for sulfuric acid (2 workers and 1 standby) and a pumping room consisting of five pumps. Two of them will be used to receive sulfuric acid from railway tanks, the rest will be used for its distribution to workshops through pipelines. The pumps will be equipped with a mechanical seal, which will significantly reduce the risk of leakage. Also, modern measuring equipment and an alarm system will be installed at the warehouse.

All technological processes will be controlled by an automated system. The warehouse has an operator station equipped with monitors. They will display circulation processes, acid level in tanks, pressure in pipelines and other parameters.

Sulfuric acid consumers at JSC Uralelectromed are now the vitriol shop (about 40%), chemical and metallurgical (30% ), copper powder workshop (15%) and copper electrolysis workshop (15%). Production units use 70 to 90 tons of sulfuric acid per day. The main manufacturer and supplier of this product for JSC Uralelectromed is Sredneuralsky Copper Smelting Plant (an enterprise of the UMMC metallurgical complex). After the commissioning of a new warehouse for storing sulfuric acid, the old one will be dismantled.

On this topic
JSC "Uralelectromed" has built the foundation and frame of a new warehouse for sulfuric acid
JSC "Uralelectromed" will increase the productivity of equipment for circulating water by a third
UMMC organized an engineering camp on Lake Tavatui
Verkhnyaya Pyshma met Metallurgist Day with a colorful carnival
Uralelektromed launched the second stage of reconstruction of the raw material warehouse
Uralelektromed put into operation a new furnace for the production of copper pellets
Добавить комментарий
Комментарии (0)
News Analytics
At the Yaroslavsky metallurgical plant in the Dnieper began to pay for new04-03-2021, 14:39
Novokramatorsk Machine Building Plant strengthens its position in the national04-03-2021, 14:44
ArcelorMittal Kryvyi Rih started hot tests of sinter machine No. 2 after04-03-2021, 14:37
Chinese researchers develop soft robot for deep sea exploration04-03-2021, 13:19
Lufthansa has a record loss of 6.7 billion euros in 202004-03-2021, 13:48
Spread between raw materials and high strength alloy steel in Europe increased01-03-2021, 20:21
Increase in prices is forecasted in the markets of steel raw materials -26-02-2021, 09:25
Troy ounce of gold will drop $ 500 in two years - Fitch25-02-2021, 18:29
Global iron ore production growth to outstrip cumulative production in India23-02-2021, 10:22
Fitch Ratings Warns of “Shocking Impact” on Fossil Fuel Exporters18-02-2021, 14:44
Sign in with: