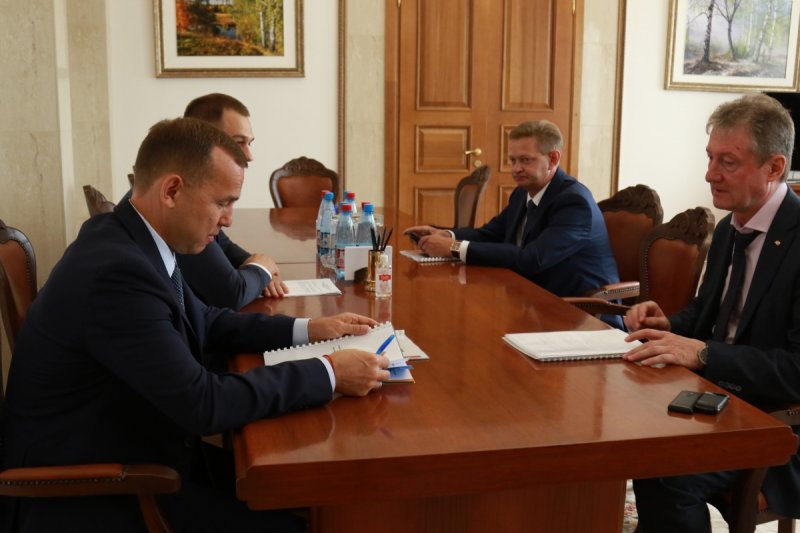 At the site of the Shadrinsky Automotive Aggregate Plant (an enterprise of the UMMC machine-building complex), work has begun on the reconstruction of the production complex of the industrial park. It will become part of a network of seven similar sites that are being created in the region. The Governor Vadim Shumkov discussed the implementation of this and other projects in the Kurgan Region with Andrey Kozitsyn, General Director of UMMC. Their working meeting took place in Kurgan on June 22.The total area of ​​the park will be 8.76 hectares. The plans include the installation of all the necessary engineering networks, the creation of a testing ground. The park should start working in 2022. Two new resident enterprises will be located here. It is planned that this will be the production of LHDs and mining trucks and the production of electrical harnesses for automotive vehicles and diesel generator sets.

As Andrei Kozitsyn noted, the industrial park will create 100 new high-tech jobs. The total cost of the project is about 380 million rubles. The location of the production site ensures the availability of sales markets not only in the Kurgan region, but also in the Tyumen, Sverdlovsk and Chelyabinsk regions.

Vadim Shumkov stressed that the Kurgan region is extremely interested in the implementation of the project. The specialized regional departments, within their powers, assist the investor in preparing the necessary documents to receive a subsidy from the federal budget, which will reimburse part of the costs. Part of the costs will be borne by UMMC. During the meeting, the parties also discussed the continuation of the public-private partnership. Vadim Shumkov thanked Andrey Kozitsyn for the active participation of UMMC in the implementation of a number of social projects for the improvement of settlements, construction and repair of social sphere facilities. Among the large-scale projects is the construction of the long-awaited ice arena in Shadrinsk, which was opened this year. The company covered half of the cost of the sports facility. The holding invested significant funds in the reconstruction of the Iset River embankment and the overhaul of the St. Nicholas Church in Shadrinsk. Also, over the past 5 years, UMMC has put in order in Shadrinsk the Palace of Culture, the sports complex of the stadium "Torpedo", the adjacent territory of JSC "SHAAZ". He built a branch of the Yekaterinburg center of the IRTC "Eye Microsurgery". In the Shadrinsky district, thanks to the company, the school, the Palace of Culture, the stadium and the monument to those who died during the Great Patriotic War were repaired, the Holy Trinity Church was built in the village of Peschanotavolzhanskoye, three villages were gasified. In the village of Lyubimovo, Dalmatovsky district, a monument to those who died during the Great Patriotic War was reconstructed, and in the village of Yasnaya Polyana, in addition to the memorial, a school and a school playground and a stadium were put in order. This year, a dirt road is being repaired from Yasnaya Polyana to the village of Bugaevo, Kataysky District. Before a working meeting with the head of the region, Andrei Kozitsyn, together with Deputy Governor for Economic Policy Vladimir Arkhipov, laid flowers at the memorial to the Kurgan people who died during the Great Patriotic War in memory of the 80s. anniversary of the attack of Nazi Germany on our country. Photo: Press Service of the Governor of the Kurgan Region