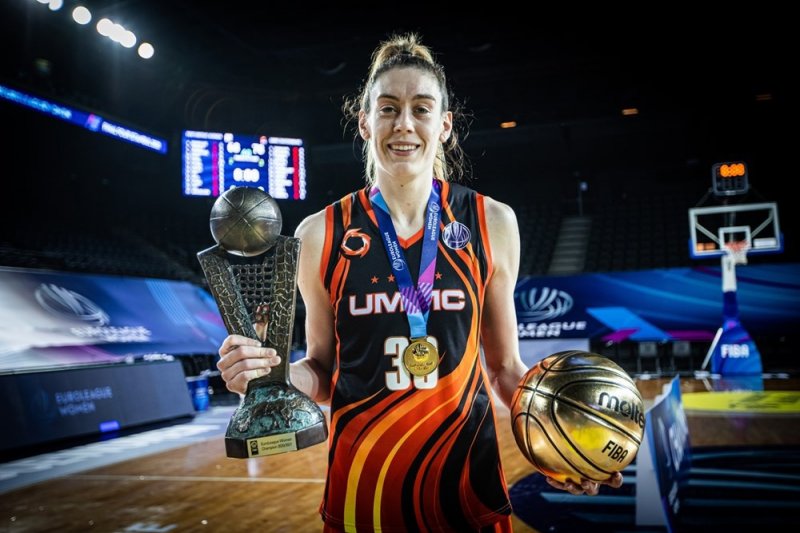 In the title match of the tournament in three out of four ten minutes there was a tough struggle, and the second quarter became decisive, during which the reigning champion not only won back his starting minus of 12 points, but also completely seized the initiative on the floor. The "Foxes" loaded their pivots as much as possible, ran to the lead, aggressively backed each other in paint and by the middle of the third time period reached the maximum advantage in the score of 14 points.

However, the rivalry did not end there. Avenida had no intention of flying a white flag. In the final quarter, the Spanish team tried several times to approach the UMMC at a distance of an accurate throw, but after gaining a foothold in the leading position, Miguel Mendes' charges did not let go of the game and won the Euroleague final for the third time in a row.

UMMC became the winner of the European tournament for the sixth time in its history. Before that, our team won the Euroleague in 2003, 2013, 2016, 2018 and 2019. UMMC striker Breanna Stewart was named MVP of the Final Four. Her average per game in the final tournament of the season was 14.5 points, 7 rebounds and 3 assists.

Tomorrow the Euroleague champion returns to Yekaterinburg and begins to prepare for the final series of the playoffs of the Russian championship. In the final of the Russian championship, UMMC will play with Dynamo Kursk. The first two matches of the series up to three wins will be held in Yekaterinburg on April 23 and 24 at the main arena of DIVS. The third match will take place on April 27 in Kursk. If necessary, the teams will play there also on April 29. If the teams need the fifth match to determine the winner, it will take place on May 2 in Yekaterinburg.

Обозреватель рынка стали и цветных металлов. Пишу аналитические обзоры рынка для Металлургпром. More news and analytics on Metallurgprom telegram channel - subscribe to get up-to-date market information and price forecasts faster than others.
Сomments
Добавить комментарий
Комментарии (0)
On this topic
Mandrivnik Spodin Igor
UMMC is a four-time winner of the European Super Cup
BC UMMC - thirteen times champion of Russia
Avtomobilist started the new KHL season with victories
For the first time in Russia, a corporate University conducted the defense of the thesis in
UMMC - fifteen times champion of Russia
News Analytics
European steel price rise that began in January will be short-lived - MEPS26-01-2023, 14:44
Steel production in China rose in the first decade of January26-01-2023, 12:30
UK is ready to give 300 million pounds to save British Steel20-01-2023, 21:31
Carriage building plant in Kremenchug stopped production due to debts20-01-2023, 21:11
Europe's passenger car market records its worst year since the turn of the20-01-2023, 21:03
S&P: Russia will continue to dominate the steel export market in the Black05-01-2023, 11:22
Fitch Analysts Predict Big Drop in Global Steel Consumption This Year14-12-2022, 13:59
Analysts predict 5% annual growth in the iron casting market through 203006-12-2022, 12:44
Commodity prices will fall, metals quotes will rise slightly - Focus Economics28-11-2022, 13:28
Platinum market to face shortage next year - WPIC22-11-2022, 18:25
Sign in with: