Sibkabel is recognized as the best supplier of mine cable 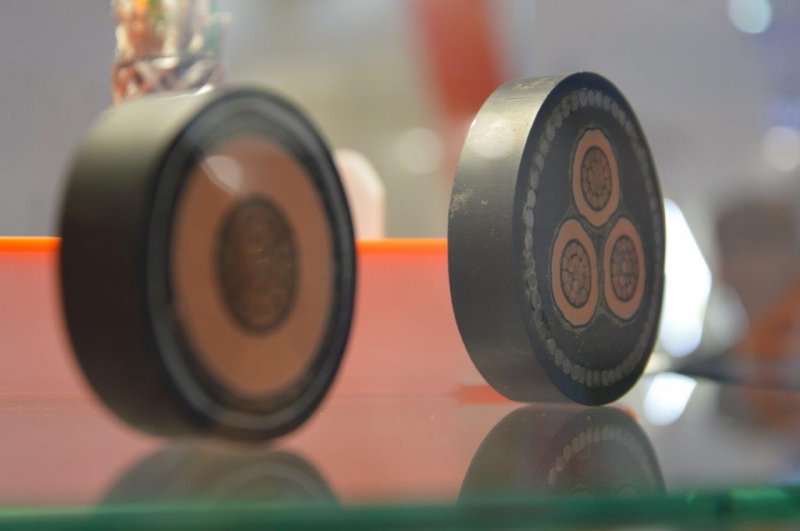 Sibkabel (part of the Cable Alliance Holding (HCA), which unites the cable assets of UMMC) was recognized as the best supplier of cable products for the mining complex. These are the results of official polls conducted by the TEK-Rating agency among the leading companies in the coal industry.

Mine cables occupy a special place in the product range of Sibkabel JSC. The volume of their production exceeds 700 km per year, the geography of supplies extends from Kuzbass to Belarus. Technologists of Sibcable JSC are engaged in the development of new and improvement of existing structures together with specialists of JSC NIKI Tomsk, which is also a member of the KhKA.

"In particular, this year a patent was obtained for a flexible mine cable for self-propelled cars with a braid of innovative electrically conductive threads, due to which, if the sheath is damaged, the cable is immediately de-energized, which avoids emergency situations. The previous development with flexible armor made of steel-copper strands, intended for shearers, had a similar property. But the novelty is smaller in size and weight, respectively, the possibilities are wider. In addition, our product range has been supplemented by a power mine cable capable of withstanding a breaking load one and a half times more than analogs, while its service life has increased by 1.5-2 times, "said Anatoly Neifeld, head of workshop No. 6, specializing in products for mining industry.

The KhKA oil submersible cable earned recognition from the fuel and energy complex representatives. The release of products for strategically important industries requires the strictest control at every technological stage. Automatic control systems of modern production lines and laboratory equipment allow cable production in strict accordance with all quality and safety standards. Thanks to a large-scale modernization program, Cable Alliance Holding maintains a leading position in the market.

On this topic
"Cable Alliance Holding" is recognized as the best Russian supplier of oil submersible cables
NIKI patented an improved model of a flexible mine cable
NIKI patented a new cable design for the mining industry
NIKI received a patent for a unique design
The TMK Board of Directors recommends accepting the voluntary offer of the TMK subsidiary in
NIKI received a patent for an exclusive design of an oil submersible cable
Добавить комментарий
Комментарии (0)
News Analytics
Metallurgical Plant Zaporizhstal announced the transfer of data on emissions12-05-2021, 16:46
Interpipe's 5-year Eurobonds for $ 300 mln are assigned a priority unsecured12-05-2021, 16:30
Dnipro Metallurgical Plant exceeded the April production plan by 6.7%12-05-2021, 15:45
The auto industry rushed up: the production of vehicles in Ukraine increased 1612-05-2021, 15:44
The Minister of Energy of Ukraine promised today to close the issue of wage12-05-2021, 14:24
The current state of the market is ideal for the sale of rolled steel - IREPAS04-05-2021, 18:41
Global hydrogen demand to grow 7-fold by 2070 - PwC21-04-2021, 12:31
World Steel Association predicts a good year for metallurgists15-04-2021, 18:19
World Steel Association defines green steel and its variations12-04-2021, 13:14
China unlikely to cut steel capacity in 2021 due to high steel prices07-04-2021, 12:11
Sign in with: