At the Mednogorsk copper and sulfur plant, joint commissions with the trade union will be created to address the most pressing issues of working conditions for workers 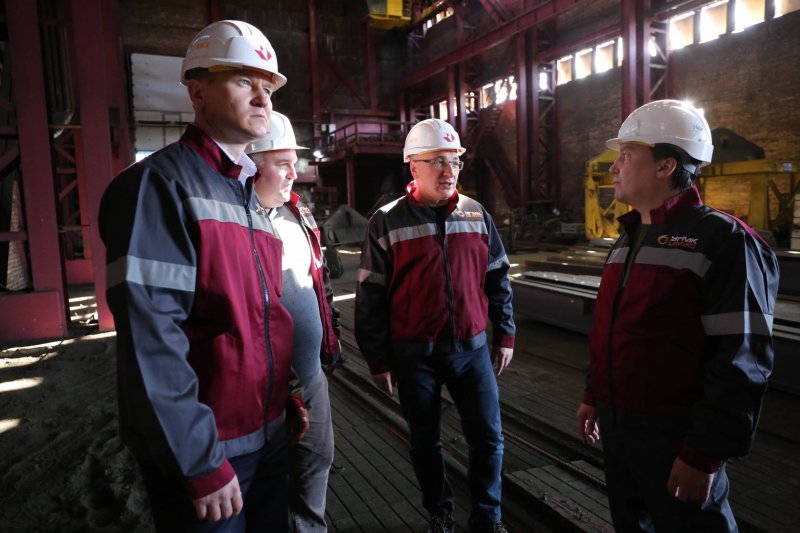 The company is currently investigating an accident at a hazardous production facility and a fatal accident. The investigators are: Rostekhnadzor, the State Labor Inspectorate, the trade union, the Social Insurance Fund, Rosgosstrakh, the administration of Mednogorsk, a specialized expert organization.

Dmitry Malyshev and Sergey Yakornov personally got acquainted with the progress of the restoration work at the plant and conducted a series meetings with the workers of the MMSK in order to get the most objective picture and learn firsthand what worries the collective of the enterprise.

Based on the results of the meetings with the workers, it was decided to create special joint commissions with the trade union committee of the MMSK, which will work out the most acute and important questions for the team. We are talking about both monitoring compliance with the terms of the collective agreement, and the implementation of new initiatives aimed at improving working conditions.

Note that on April 22, the plant held Unified Personnel Days, which also received feedback , in particular, the workers were interested in the schedule of urban transport, the diet of therapeutic and prophylactic nutrition, the provision of PPE and other issues that will also be included in the work plan of the commissions.

The commission will include the most experienced and respected employees of the enterprise. The commissions will engage in a detailed analysis of the situation and develop a program of joint actions by the administration of the MMSK and the trade union committee. Regular information on the results of the work of the commissions will be organized without fail.

During his stay in Mednogorsk, Dmitry Malyshev visited the family of the deceased worker of the MMSK and expressed deep condolences to those close to Denis Otvalov. He assured that the management of the UMMC and the plant will fulfill all the obligations taken to them, will provide real assistance to children in terms of health improvement and education.

On this topic
Metallurgists of MMSK will have a new depot
MMSK became the winner of the All-Russian competition
In Mednogorsk, the construction of a new oxygen station was completed and a sports and recreation
A new oxygen station was launched in Mednogorsk and a fitness center was put into operation
The TMK Board of Directors recommends accepting the voluntary offer of the TMK subsidiary in
Modern filter presses have been introduced at MMSK
Partner news
Сomments
Добавить комментарий
Комментарии (0)
News Analytics
Workers of Novokramatorsk Machine-Building Plant vaccinated with American27-07-2021, 15:01
Kharkov plant "Turboatom" can be renamed to "Ukrainian power machines"27-07-2021, 15:33
At least one person died and four went missing in an explosion at a chemical27-07-2021, 15:25
A powerful explosion thundered at the Bayer chemical plant in the German city27-07-2021, 12:56
Steel raw materials prices decline in all regional markets27-07-2021, 11:57
Steel raw materials prices decline in all regional markets27-07-2021, 11:57
On the regional markets of metallurgical products, prices are balancing in a22-07-2021, 16:22
Demand for armaments will ensure a stable growth of armored steel sales by 4%20-07-2021, 10:10
Protectionist Measures Support European Steel Prices Despite Summer Lull19-07-2021, 11:02
Positive price growth is observed in the markets for metallurgical products16-07-2021, 14:12