Chelyabinsk Zinc Plant has carried out stocking of the Shershnevsky Reservoir 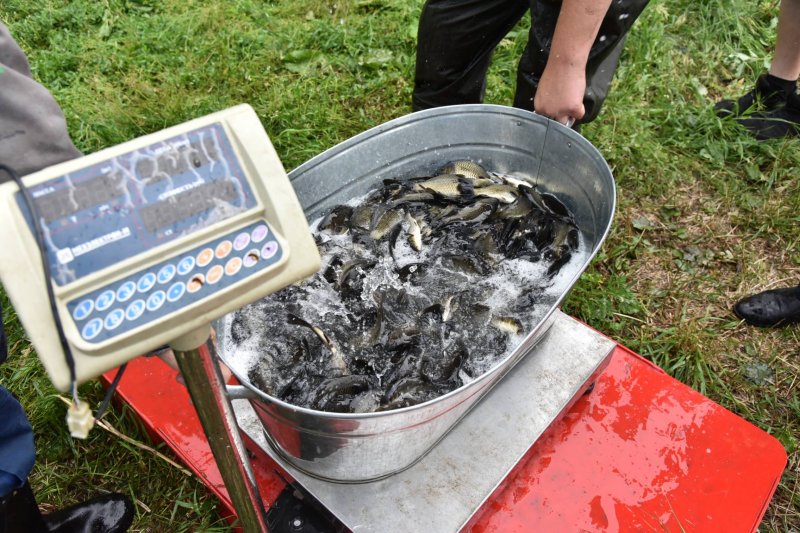 The Chelyabinsk Zinc Plant (an enterprise of the UMMC metallurgical complex) has stocked the Shershnevsky reservoir. 69 thousand carp fingerlings were released into the water within four days. The average weight of the fry is about 20 g, but by the fall the carp will weigh about a kilogram. The total mass of released fish is about one and a half tons.

company "and delivered to the place of release in a special container, which, during transportation, ensures a certain temperature regime of water and the supply of oxygen.

“As part of the replenishment of biological resources in the water area of ​​the Chelyabinsk Region, we received permission to stock the Shershni reservoir. Stocking of water bodies is an important part of environmental protection measures, for the Ural Mining and Metallurgical Company this is already a traditional practice, and we plan to make such events annual, ”says Pavel Izbrecht, Director of CZP JSC.

“ Sazan cleans the reservoir from thickets. Ultimately, this will affect not only the ecosystem of Lake Shershni, but also the quality of drinking water. The stocking of the Chelyabinsk reservoir is being carried out as part of compensation work. We see that the company develops environmental programs, participates in the greening of the urban area, and carries out activities for the stocking of water bodies. Let's hope that other enterprises will follow the example of the Chelyabinsk Zinc Plant, ”said Vitaly Bezrukov, Deputy Minister of Ecology of the region.

Обозреватель рынка стали и цветных металлов. Пишу аналитические обзоры рынка для Металлургпром. More news and analytics on Metallurgprom telegram channel - subscribe to get up-to-date market information and price forecasts faster than others.
Сomments
Добавить комментарий
Комментарии (0)
On this topic
How, where and for what can you buy wholesale cigarettes?
How to choose and where to buy good whiskey inexpensively?
TOTAL FOLIA: REVOLUTION IN METALWORKING
One of the best children's tennis tournaments in the country "UMMC-Open" has started in
Hyatt Place Ekaterinburg: official opening of the first Hyatt Place hotel in Russia
RUSAL held a film festival in small towns of Russia
News Analytics
The production of passenger cars in Russia decreased by 2.8 times in eight29-09-2022, 11:19
Donetsk and Torez electrotechnical plants will start producing electrical29-09-2022, 11:37
Ukrainian coking plants reduced gross coke production by 55.2%29-09-2022, 11:28
China ramps up investment in transport to bolster economy29-09-2022, 11:33
The heads of mining companies named the main risks for business29-09-2022, 10:03
China production cuts in winter will give limited boost to steel markets -15-09-2022, 10:09
Steel prices may rise as manufacturers stop production11-09-2022, 14:06
IREPAS: The global long products market is in a "dramatic situation"10-09-2022, 20:49
Steel prices are unlikely to rise significantly in the near future - analysts02-09-2022, 22:58
Steel prices may move up on new data from China31-08-2022, 12:19
Sign in with: