weekly output of finished products was the highest over the last four months. 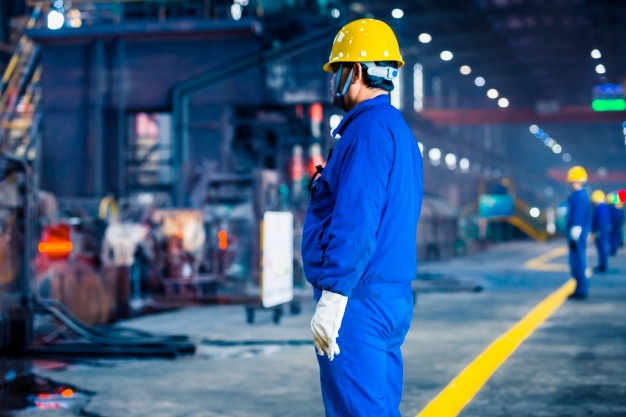 Chinese steel mills are rapidly increasing production volumes, with increased profits and hope that the government stimulus will revive consumption, despite the excess supplies and slowing global demand for steel due to pandemic coronavirus.

while the factories in Japan, India and Europe cut production valve production in China, used for construction, rose in recent weeks.

Analysts say that this could lead to the fact that manufacturers faced with excess supplies, which are difficult to overload, which could undermine efforts to streamline the bloated steel sector.

China made 234,45 million tonn crude steel in the first three months, an increase of 1.2% compared to the same period a year earlier.

Indicators of capacity utilisation in the blast furnace at 247 Chinese steel mills have increased for six consecutive weeks with less than 74% in mid-March to of 80.59%, as of April 24, bringing the weekly output of finished products was the highest over the last four months, according to Mysteel.

Production of steel reinforcement of building materials, more popular with individuals and small businesses, from mid-March increased by 43%. Production of wire rod, also used in construction, rose by 31.6%.

Production of cold-rolled and hot-rolled coil, mainly for manufacturing, grew by only 2.6% and 1.7%, respectively.

Focus on valve stems from the hope that the infrastructure push Beijing will lead to a significant recovery of the construction activity at the end of 2020 after the first signs of growth, when the country will come out of lock mode.

"According to our estimates, this year's infrastructure spending will grow at least by 5.5%, which can offset the 4% decrease in the use of steel ownership", - said Joo Guizu, an analyst at Jinrui Futures.

Beijing issued 1.8 trillion yuan (255 billion dollars. USA) in the form of bonds of local authorities, including 1.2 trillion in special bonds to Finance infrastructure projects aimed at revival of economic activity.

Chinese iron and steel Association (CISA) expects that the construction will account for about 58% of the demand for steel this year, compared to the typical 55%.

Analysts, however, warn that higher demand for infrastructure may be insufficient to fully compensate for falling demand in other sectors.

"in Order to compensate for the losses in the manufacturing sector, infrastructure growth needs to reach 14%," said Joo, which is significantly below the forecast of 5.5%.

In other countries the growth of investment in the real estate sector of China will slow to 6% in 2020 from 9.9% last year, according to a Reuters poll, analysts conducted 14 in March.

And the consumption of sheet products used in production, should be reduced by 9-10% compared to the year 2019, according to the forecast of Janejane Jiang at CRU in Beijing.

it is Expected that blocking the coronavirus in the key markets of goods produced in China will also reduce export demand as intermediate metal products, and finished products such as household appliances and equipment.

According to customs authorities, the world's largest producer of steel in the first quarter has shipped 14.3 million tons of steel, which is 16% lower compared to last year.

Zhilu Wang Wood Mackenzie expects steel consumption in China will contract by 2.2% this year, and the direct export of steel products will fall below 60 million tons with 64,29 million tonnes in 2019.

This is due to the fact that stocks of finished steel products has reached six-year highs.

Recommended:
Steel consumption is growing in Ukraine amid falling imports
China plans to abandon SWIFT payment system
The European Union has opposed the adoption of Ukraine's law on localization of production
On this topic
Platts: Real steel demand in China will fall by 36% in the first quarter
Platts: a new policy of India in relation to the steel scrap is of concern
Signs of another overproduction in the Chinese steel sector
Prospects for the development of the economy and steel market in the EU in 2019-2020
Производство стали на рекордном уровне. Что дальше?
Рост производства стали в Китае удивил аналитиков
Add a comment
Сomments (0)
News Analytics
"Metinvest " in May increased revenue by 13.6% versus April, debt increased by04-08-2020, 18:49
Metinvest's Kryvyi Rih GOKs will pay double taxes to the local budget until01-08-2020, 14:16
US Steel will not restart blast furnaces in Indiana until the end of this year01-08-2020, 14:02
ThyssenKrupp closed the deal for the sale of the elevator business01-08-2020, 13:53
Minister for Strategic Industries of Ukraine inspected YUZHMASH workshops31-07-2020, 09:49
Steel begins to lose the battle with the aluminium due to the growing27-07-2020, 17:08
Gold may reach a record high in 201114-07-2020, 12:47
Steel prices in southern Europe are rising, despite weak demand23-06-2020, 10:54
Analysts expect strong demand growth for steel in China10-06-2020, 11:57
Global steel consumption in 2020 will be reduced by 6.4% - Worldsteel04-06-2020, 13:53
Sign in with: