the Average amount of aluminium used in electric cars, 30% higher than in vehicles with internal combustion engines. 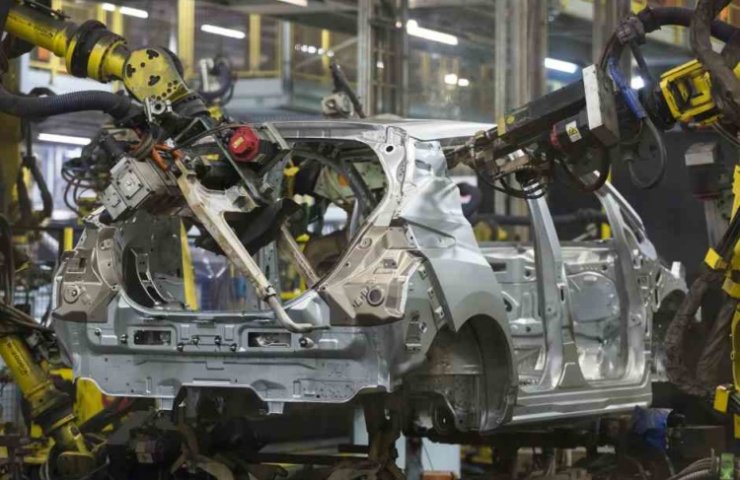 the World market for aluminum products for the automotive industry could exceed $ 250 billion per year, assuming annual production of approximately 80 million plug-in electric vehicles. This was told in the canadian metallurgical company Linamar.

However, aluminum is significantly lighter than steel, is currently the preferred metal in a number of parts from chassis, structural components such as the absorber and the interior panels to engines and batteries in electric cars.

However, access to the opportunities provided by aluminum, has its price.

aluminum Prices, as a rule, about three times higher than for steel. But the industry is ready to accept the price difference because of the huge scale of the potential sales, says Paul Wharton, President of the French company Constellium automotive structures and industry business.

"in addition to lighter weight, aluminum better protects the passengers and vehicle in an emergency situation, management system accidents absorb the generated energy," he said.

basic assessment Wood Mackenzie demand for aluminium for electric vehicles is 2.4 million tons in 2025, accounting for 3.3% of the total primary demand and almost twice that this year.

In 2040, analysts expect that demand will amount to 9.4 million tonnes or 12% of the total aluminium consumption.

"Big game automotive sheet used for body panels and structures", - says the analyst of Wood Mackenzie Julian kettle. "The problem with the car sheet is that he mainly uses primary aluminium, since each automaker has its own specifications".

If the trend to replace steel with aluminum to survive, aluminium producers such as Rusal, Rio Tinto and Glencore, have access to a lot of metal, will have a significant benefit.

Steel company supplying products to the automotive industry, the largest of which are Tata Steel, ArceloMittal, Nippon Steel, Posco and Nucor, you can lose a portion of their profits.

Recommended:
Zaporizhstal Steel Works passed a certification audit of the quality of hot-rolled steel
Energomashspetsstal shipped 1,387 tons of metal products for export last month
Energomashspetsstal manufactured a rotor weighing 96 tons for the Indian company BHEL
On this topic
Green deal the EU could change the demand for metals
Review of "Norilsk Nickel" the market of metals: Nickel, platinum and palladium
Platts: a new policy of India in relation to the steel scrap is of concern
S&P Global Platts: Global demand for metallurgical coke slows down
Iron and iron casting market will grow by 4 percent annually
Steel prices will rise, but not much
Add a comment
Сomments (0)
News Analytics
Metinvest's Italian contractors reveal details of the investment project in16-06-2021, 23:01
Energoatom approved Electrotyazhmash as a supplier of turbine generators for16-06-2021, 14:57
Representatives of Ukraine and Germany discussed the prospects for cooperation16-06-2021, 10:49
Vestas and DTEK RES signed an agreement for the supply of wind turbines for the16-06-2021, 10:45
SSAB agrees with Volvo to supply and refine HYBRIT decarbonized steel16-06-2021, 10:40
Vaccinations fuel demand for platinum - World Platinum Investment Council08-06-2021, 12:55
Sharp price growth continues in the rolled metal market - Ukrpromvneshexpertiza08-06-2021, 11:04
Analysts note overheating of the global scrap metal market01-06-2021, 13:28
Hydrogen-fueled steelmaking could be competitive after 2050 - McKinsey19-05-2021, 14:22
Steel raw material prices are skyrocketing across the board18-05-2021, 12:34
Sign in with: