Gold demand drops below 4,000 tons for the first time since 2009 - World Gold Council

Consumer demand for gold in the world in 2020 fell below 4 thousand tons and was at the lowest level in the last 11 years, follows from the report of the World Gold Council (WGC). 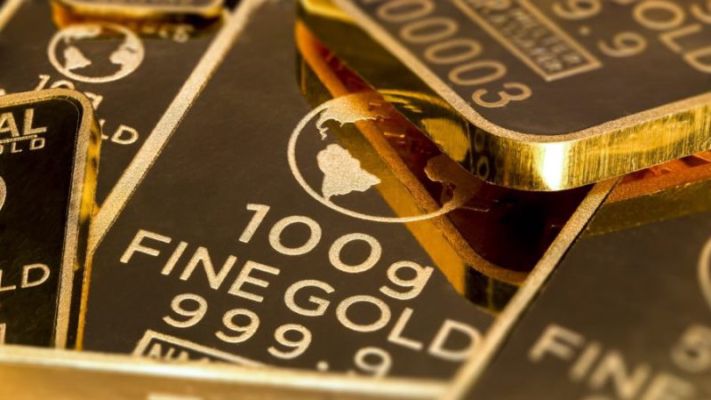 Global demand for gold in the fourth quarter of 2020 fell 28% to 783.4 tons due to the COVID-19 pandemic, which negatively affected all sectors of demand, according to the World Gold Council (WGC).

The fourth quarter was the weakest quarter since the global financial crisis in the second quarter of 2008. The coronavirus pandemic, with its far-reaching implications, has been a driving force behind weak consumer demand throughout 2020, resulting in a 14% decline in annual demand to 3,759.6 tonnes, the first time less than 4,000 tonnes per year since 2009.

Investment demand for gold in the reporting period grew by 40% to 1,773.2 tons amid record inflows in ETFs and other exchange-traded products. In particular, demand for gold bars and coins rose 3% to 896.1 tonnes, while ETF inflows totaled 877.1 tonnes, versus 398.3 tonnes inflow a year earlier (up 120%).

Demand in the technology sector showed a 7% decline to 301.9 tons. The impact of COVID-19 has seriously eroded the demand for gold used in the tech sector in 2020. The worst was in the first half of the year: in the third quarter there was an improvement over the previous quarter, and in the fourth quarter there was a recovery from the same period last year.

The World Gold Council was established in 1967 by the world's largest gold producers. The main task of the organization is to stimulate the demand for gold. Headquartered in London.

Recommended:
VSMPO and Boeing agreed on long-term supplies of titanium products
Trade unions demand to increase salaries for metallurgists and miners of Ukraine
Raspadskaya beneficiation plant shipped 100 million tonnes of coal concentrate
On this topic
Express analysis of the steel market in the new economic environment: companies prepare for a
World Gold Council: Gold 2020 - is it possible to return?
Prospects for the development of the economy and steel market in the EU in 2019-2020
EUROFER: EU Steel Market in 2019. Overview and perspectives
Aluminum market overview in Q1 2019
Rusal: global demand for aluminum will grow by 3 percent
Add a comment
Сomments (0)
News Analytics
Ministry of Commerce: China intends to strengthen trade and economic ties with24-02-2021, 18:49
Vostochny GOK in 2020 increased the production of uranium concentrate by 7%24-02-2021, 18:58
For the first time in Ukraine, recirculators and irradiators for air24-02-2021, 18:37
Novokramatorsk Machine-Building Plant keeps sales and production at the level24-02-2021, 17:53
The English court rejected the claims of the Russian "Tatneft" against24-02-2021, 17:42
Global iron ore production growth to outstrip cumulative production in India23-02-2021, 10:22
Fitch Ratings Warns of “Shocking Impact” on Fossil Fuel Exporters18-02-2021, 14:44
Raw material prices rise by about 10.5% in January 2021 - Deutsche Industriebank12-02-2021, 10:48
JP Morgan Analysts Announce New Super Growth Cycle in Commodities11-02-2021, 17:56
S&P Global Platts predicts first drop in domestic steel demand in China in 510-02-2021, 12:26
Sign in with: