WPIC experts predict an increase in platinum consumption in various industries this year amid economic recovery, while high prices and optimism about future increases in consumption will stimulate investment demand. 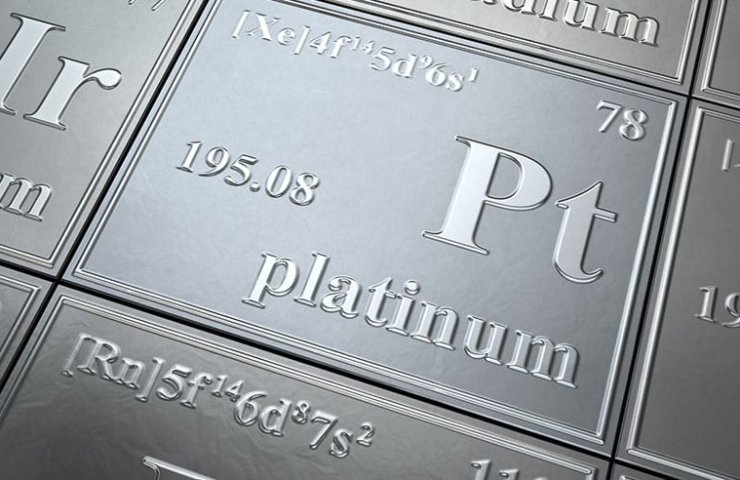 In the first quarter of 2021 - a year after the World Health Organization declared COVID-19 a pandemic, the global economy continued to recover, mainly due to the widespread dissemination of various government support measures.

In some regions, unexpected consumer demand has led to greater economic recovery. However, supply chain problems remain in the auto industry that are holding back the sector's recovery. In general, this led the world market to a moderate deficit of 19 thousand ounces of platinum in January-March compared with a surplus a year earlier (199 thousand ounces), according to a survey by the World Platinum Investment Council (WPIC).

Compared to the first quarter of 2020, demand increased by 26% due to an increase in industrial and investment consumption. However, the quarterly trend shows that global demand remained virtually unchanged compared to Q4 2020, as, in particular, the chemical and oil industries have not yet fully recovered from the effects of the pandemic.

Industrial consumption increased by 44% year-on-year, mainly due to the redistribution of demand by quarters in glass production. The key sectors - chemistry and oil - saw a decline, as the recovery in oil consumption weakened in the second half of 2020.

At the same time, demand from electronics, medicine and other industries has grown as vaccination programs support the economic recovery.

The main reason was the sale of platinum to the market by Japanese traders, who took advantage of the high prices for the metal to make a profit. These recent trends are in stark contrast to Japan's historically high net purchases in the first quarter of 2020.

ETF reserves grew for the fourth consecutive quarter during the reporting period. World reserves recorded a series of record highs, reaching 3971 thousand ounces by April. European and North American funds accounted for the vast majority of purchases. To a large extent, this reflects growing optimism about the outlook for platinum demand, especially to replace palladium in autocatalysts and its use in hydrogen technology. However, some of the gains were offset by small profit taking in ETFs listed in South Africa and Japan.

Due to the fact that vaccination is gaining momentum around the world, and more than a billion people have already been vaccinated, the prospect of economic recovery is gradually taking on real forms. This is helped by aggressive monetary and fiscal stimulus imposed by many governments, as well as the elimination of deferred consumer demand, but some of the impact of the 2020 economic downturn is still evident here and there.

In addition to the incentive measures introduced, many governments are developing strategies that are more in line with the climate change agenda, which gives additional impetus to the attraction of environmentally friendly technology metals such as platinum, although this is a longer term. >

WPIC experts predict an increase in platinum consumption in various industries this year amid economic recovery, while high prices and optimism about future increases in consumption will stimulate investment demand.