The second half of February did not bring any changes in the prices of pig iron in all regional markets. Exporters did not find points of contact with importers about increasing the cost of products. Importers are not entering into major deals pending clarification of the situation in the flat steel segment. 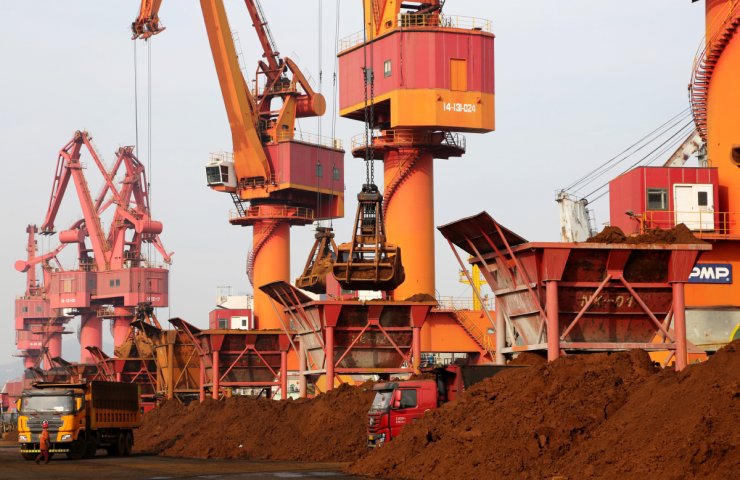 Despite the fact that in the US scrap prices have gone up in most states, the cost of pig iron remains in the range of $ 495-505 /t cif. At the same time, American metallurgists began negotiations with suppliers from Brazil and Russia, realizing the need to enter the market to replenish rapidly depleting reserves. Exporters from Brazil are in no hurry to increase supply, as they currently have an excellent alternative to supply to the domestic market, where demand is growing.

In the Turkish market, the price confrontation is intensifying and, as a result, the minimum number of transactions is concluded. Traders are ready to import raw materials for no more than $ 500 /t cif, while exporters do not agree to cooperate at prices below $ 510 /t. At the same time, the margin of safety in the negotiating position of buyers is low, since many of them need prompt delivery of raw materials.

According to the forecasts of analysts of Ukrpromvneshexpertiza, in the coming weeks the quotations of pig iron will start to grow following the prices for scrap metal and flat products. Pig iron quotes will also be supported by the expected rise in prices for iron ore raw materials. However, it is unlikely that the material will rise in price for a long time due to the unstable demand for coils and slabs.

If there is a temporary lull in the regional pig iron markets, then scrap metal quotes increased in all directions. Turkish and South Korean importers, coming out with active purchases to replenish stocks, made it possible for traders to raise the scrap cost by $ 15 /t for all grades of raw materials.

According to the deputy director of Ukrpromvneshexpertiza, Dobrovolskiy Yuriy, there is a surge in purchases in the Turkish direction, since the long absence of factories on the market has led to a drop in balances below the permissible level. Turkish factories have entered into deals for the sale of large quantities of rebar to Africa. This gave them the opportunity to make concessions to buyers of raw materials from the USA and conclude several deals for HMS 1 & 2 (80:20) material at $ 415 /t cif. At the same time, the rise in the cost of procurement from China does not allow importers to start purchasing semi-finished products, which made it possible for consumers to dictate price terms.

In the Asian market, the cost of HMS1 scrap remained unchanged - $ 400 /t cif. At the same time, Japanese scrap HMS2 rose in price by $ 10 and is currently trading at $ 370 /t fob. South Korean buyers are also in need of restocking, which has been significantly depleted during the low business activity in the previous weeks.

Dobrovolskiy predicts that scrap prices will rise in all markets in the coming weeks due to active restocking by large importers and growing demand for rebar in the Middle East and North Africa. We will also support the quotes and reduce the supply of scrap from exporters from the United States.

Recommended:
American fertilizer producer orders green ammonia electrolyzer from ThyssenKrupp
German environmental organization Deutsche Umwelthilfe filed new lawsuit against Nord Stream 2
Elon Musk's fortune grew by $ 6 billion in a day
On this topic
Natural gas in metallurgy: from ore and coke to rolled steel
Downward price trend begins in steel markets
Prices for metallurgical raw materials continue to rise in regional markets
How Tesla became the world's most valuable automaker
Prices continue to rise in the long and flat steel markets
The number of deals made in the regional scrap markets is growing
Add a comment
Сomments (0)
News Analytics
Three European delegations visited the Mariupol commercial port in two days22-04-2021, 14:23
ArcelorMittal is the best employer in the MMC of Ukraine in 2021 - research22-04-2021, 14:28
US pledges to halve emissions by 2030 as part of renewed fight against global22-04-2021, 14:52
ArcelorMittal Raises Hot Rolled Steel Prices in Europe Above € 1,000 /Ton22-04-2021, 13:24
Chinese subway cars begin operational tests in Chicago22-04-2021, 13:44
Global hydrogen demand to grow 7-fold by 2070 - PwC21-04-2021, 12:31
World Steel Association predicts a good year for metallurgists15-04-2021, 18:19
World Steel Association defines green steel and its variations12-04-2021, 13:14
China unlikely to cut steel capacity in 2021 due to high steel prices07-04-2021, 12:11
Scrap metal market at the beginning of April02-04-2021, 11:10
Sign in with: