Despite signs of a deteriorating market environment, US suppliers have raised prices to $ 530 per tonne of scrap metal. 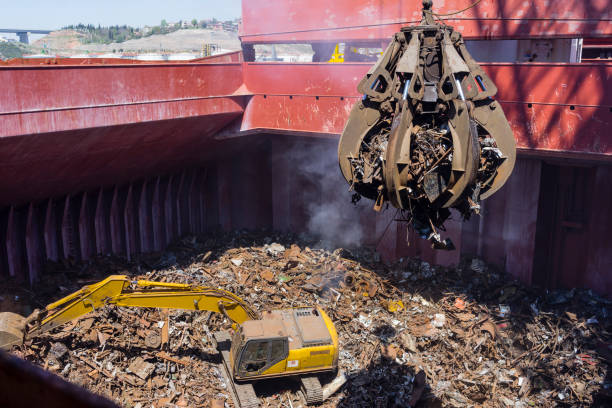 Importers continued to actively contract raw materials against the backdrop of a limited supply and, as a result, fears about the continued rise in scrap prices.

In the Turkish market, the number of transactions remained at the same level. However, importers were already more restrained in concluding deals, as scrap prices began to decline on the domestic market. This gave buyers hope for a possible reversal and import prices in the coming weeks. Despite the signs of a deterioration in the market environment, US suppliers raised prices to $ 530 per tonne of HMS 1 & 2 scrap metal (80:20). But such quotation levels are not accepted by importers.

In the Asian market, the cost of HMS1 base grade scrap rose to USD 500 per tonne including shipping and insurance (CIF), which is the highest value in the previous several years. South Korean importers willingly agreed to bargains at fixed prices, as demand for locally produced rolled products remains very high.

This week quotes for scrap metal will go down due to the replenishment of the balance by importers to the standard level and overheating of the market. The increase in supply from the US and EU exporters will also exert pressure on prices. However, the decline in prices is unlikely to be significant - low rates of scrap collection in the United States and high prices in the domestic markets of the largest exporting countries will limit the scale of the decline. The forecast price range for the current week is USD 500-510 per ton of CIF scrap.

Финансовая аналитика, прогнозы цен на сталь, железную руду, уголь и другие сырьевые товары. More news and analytics on Metallurgprom telegram channel - subscribe to get up-to-date market information and price forecasts faster than others.
Сomments
Add a comment
Сomments (0)
On this topic
Steel raw material prices are skyrocketing across the board
The end of July brought a decline in prices in all regional markets for steel raw materials
The number of deals made in the regional scrap markets is growing
Downward price trend begins in steel markets
Steel raw materials prices decline in all regional markets
Increase in prices is forecasted in the markets of steel raw materials - Ukrpromvneshexpertiza
Recommended:
China production cuts in winter will give limited boost to steel markets - Platts
EU Commission not doing enough to save aluminum industry - associations
EBRD downgrades Ukrainian economic growth forecast for 2023 from 25% to 8%
News Analytics
The production of passenger cars in Russia decreased by 2.8 times in eight29-09-2022, 11:19
Donetsk and Torez electrotechnical plants will start producing electrical29-09-2022, 11:37
Ukrainian coking plants reduced gross coke production by 55.2%29-09-2022, 11:28
China ramps up investment in transport to bolster economy29-09-2022, 11:33
The heads of mining companies named the main risks for business29-09-2022, 10:03
China production cuts in winter will give limited boost to steel markets -15-09-2022, 10:09
Steel prices may rise as manufacturers stop production11-09-2022, 14:06
IREPAS: The global long products market is in a "dramatic situation"10-09-2022, 20:49
Steel prices are unlikely to rise significantly in the near future - analysts02-09-2022, 22:58
Steel prices may move up on new data from China31-08-2022, 12:19
Sign in with: