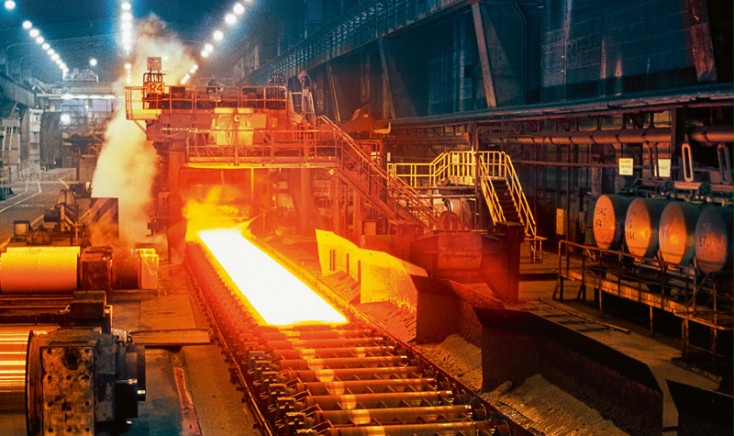 Over the past month, European flat steel prices have generally declined. Platts' daily estimate of the hot rolled coil price as of 3 September was € 1,120 per tonne EXW Ruhr, below the all-time high of € 1,190 per tonne EXW Ruhr on 25 June.

The increase in the volume of imported materials offered and entered into Europe in recent months has led to increased price pressure on local companies, although the enterprises have not officially changed prices. Manufacturers are currently negotiating long-term contracts, in which manufacturers insist on maintaining the current price level.

A poll conducted by Platts in late August and early September showed that the overall steel price forecast index is 56, while the most optimistic manufacturers give 67. Traders and distributors, as well as end customers, expect a stable supply at 50 (50 means stability).

Sentiment on steel price dynamics gradually shifted from a highly optimistic 96 in May to more stable expectations over the summer as the market experienced a seasonal summer slowdown in growth. However, over the past two weeks, doubts have emerged about the stability of demand from the auto industry, under pressure from a chip shortage, which is forcing factories to suspend production.

According to the latest data from BDS, stocks of flat products in Germany increased by 8.5% from June to 1.2 million tons in July, stocks of long products increased by 2.6% compared to the month to 791,193 tons. In September, market participants expect that stocks will continue to grow: the forecast index was 57, the index of expectations for steel production was 74, which indicates its growth.

Финансовая аналитика, прогнозы цен на сталь, железную руду, уголь и другие сырьевые товары. More news and analytics on Metallurgprom telegram channel - subscribe to get up-to-date market information and price forecasts faster than others.
Сomments
Add a comment
Сomments (0)
On this topic
Prices continue to rise in the long and flat steel markets
Sharp price growth continues in the rolled metal market - Ukrpromvneshexpertiza
In March, the rise in prices for metallurgical products in all markets will increase -
On the regional markets of metallurgical products, prices are balancing in a narrow corridor
Positive price growth is observed in the markets for metallurgical products
Platts Steel Trade Review: China Will Decide Asia's Fate
Recommended:
Novokramatorsky Mashzavod announced the start of the procedure for the "compulsory alienation" of property
India launches carbon trading market
Steel prices in the EU continue to fall as the summer holidays begin
News Analytics
Salzgitter invests 700 million euros in mild steel production13-08-2022, 10:44
Evraz decided to get rid of its assets in the US and Canada13-08-2022, 09:10
S&P and Fitch consider Ukraine's agreement to defer payments on public debt13-08-2022, 09:59
Demand for electric vehicles in Ukraine shows "crazy" growth -13-08-2022, 09:07
Director General of Ukrhydroenergo initiated the construction of new bomb13-08-2022, 09:31
The US market may begin a collapse in prices for thick sheet14-07-2022, 09:39
High iron ore shortage could halt metallurgy's green transition28-06-2022, 14:02
Price volatility hits global steel market27-06-2022, 19:28
Recovery in China could be key to rising global steel prices - MEPS24-06-2022, 14:00
Conflict in Ukraine spurs Europe's drive for clean energy03-06-2022, 12:14
Sign in with: