The regional flat steel markets in the USA, EU and Turkey have a fairly high seasonal demand for products, which, together with the high cost of raw materials and freight, allows manufacturers to dictate their terms on the market. 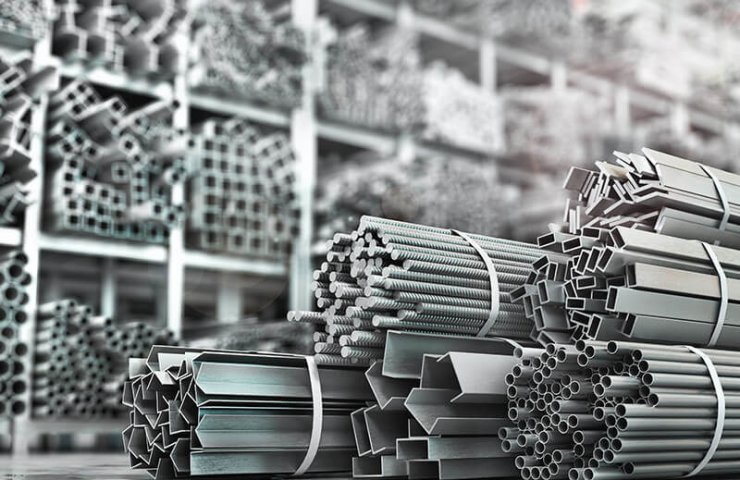 Significant financial injections for economic recovery in the US, China and the EU significantly increased demand from the construction sector in May, which contributed to the formation of an upward trend in the billet and finished steel markets in most regions. The skyrocketing price increases in the first quarter of May were supported by higher domestic and export quotations in China following the abolition of VAT refunds on exports. Under the influence of the positive trend in the first two weeks of May, regional billet and finished steel prices soared by $ 70-125. However, in the second half of May the situation worsened again, prices went down rapidly. The reason for the significant deterioration of the situation was the sharp drop in prices in China associated with the measures taken by the government to prevent speculation and curb price increases in order to avoid overheating the market. Starting from mid-May to early June, billet prices in the CIS, Turkey and MENA markets fell by $ 30-50, in China and Southeast Asia, quotations fell by $ 95-110. More positive dynamics persist in the rebar and wire rod markets, where prices continued to grow insignificantly, and only in the first week of June began to show signs of weakening.

According to the analyst of Ukrpromvneshekspertiza Oleg Gnitetsky, some optimism for sellers is given by the resumption of growth in the domestic market of China, where the cost of billets in the first week of June increased by $ 43 to $ 782-804 /t exw from 13% VAT, quotations of rebar and wire rod rose by $ 36-38 to $ 814 /t and $ 870 /t exw with 13% VAT. At the same time, the downward trend persists in export directions and the offers of Chinese suppliers fell by $ 30 for billets and rebar and by $ 25 for wire rod during the week. In the current situation, buyers from Asia, the Middle East and North Africa are waiting for the stabilization of the situation and are in no hurry to conclude contracts. Most of the producers in the CIS, Turkey and the EU, having filled their order books for June and July, have taken a break and continue to maintain a high level of price proposals.

According to the forecasts of Ukrpromvneshekspertiza analysts, demand in the Middle East and Southeast Asian markets will remain sluggish under the influence of seasonal factors: consumption weakening in the hot summer (MENA) and during the rainy season in Southeast Asia. The downward pressure on the market will be exerted by the buyers' wait-and-see attitude after the price drop in China. At the same time, manufacturers will try to keep prices from further decline, counting on a gradual revival of orders for rolled products with delivery in August-September and limited supply due to upcoming stops for preventive maintenance.

A positive price trend was observed in the regional rental markets, except for China and Southeast Asia. In mid-May, the Chinese government introduced measures to address the excessive rise in prices for raw materials and rolled steel. The first to react to the measures introduced were local traders, who made significant concessions. Within two weeks after the government announcement, the spot price of hot-smoked and cold-smoked coils in the domestic market in Shanghai plummeted by 1000-1500 yuan to 5150 and 6100 yuan /t. In the first week of June, quotes jumped back by 100-350 yuan to 5500 and 6200 yuan /t for hot-rolled and cold-rolled products. The cost of iron ore in May first increased from $ 188 to $ 232 /dmt, then, under the influence of the same directives, sank to $ 181 /dmt, but in the first week of June it went up again, reaching $ 208 /dmt.

Limited supply and strong demand were the main drivers of growth in the United States, where spot prices for hot-rolled and cold-rolled steel continued to break records, increasing by $ 201-233 over the month to 1799 and up to $ 1997 /t exw.

In Turkey, market conditions continued to be favorable for suppliers of sheet products. Local producers have finished forming their September orders portfolio for hot-smoked and cold-smoked coils in the range of $ 1150-1180 and $ 1430-1470 /t exw. Suppliers from the CIS closed deals for hot-rolled steel in the region at $ 1150 /t cfr, but under pressure from cheaper offers from India and China dropped again to $ 1100-1140 /t cfr.

Gnitetsky believes that the sharp upward price trend of the previous months, the presence of a significant positive margin from suppliers from the CIS, a seasonal decline

Финансовая аналитика, прогнозы цен на сталь, железную руду, уголь и другие сырьевые товары. More news and analytics on Metallurgprom telegram channel - subscribe to get up-to-date market information and price forecasts faster than others.
Сomments
Add a comment
Сomments (0)
On this topic
In March, the rise in prices for metallurgical products in all markets will increase -
Positive price growth is observed in the markets for metallurgical products
Prices continue to rise in the long and flat steel markets
On the regional markets of metallurgical products, prices are balancing in a narrow corridor
A decrease in business activity is observed in the regional markets for metallurgical products
Steel raw material prices are skyrocketing across the board
Recommended:
Marcegaglia acquires Outokumpu Long Products
Kazakh authorities introduce temporary ban on coal exports
The strategy for the development of Russian metallurgy will be "quickly approved" in the Kremlin - Dmitry Peskov
News Analytics
India prepares to lift export duties on steel09-08-2022, 08:34
Russian metallurgists will need more than 10 years to replace imports of key09-08-2022, 07:23
China reduced steel exports in July by one million tons or 12%08-08-2022, 17:41
World steel prices have moved from a protracted fall to growth08-08-2022, 16:27
Ferrexpo's net profit in the first half of the year decreased by 88%03-08-2022, 10:20
The US market may begin a collapse in prices for thick sheet14-07-2022, 09:39
High iron ore shortage could halt metallurgy's green transition28-06-2022, 14:02
Price volatility hits global steel market27-06-2022, 19:28
Recovery in China could be key to rising global steel prices - MEPS24-06-2022, 14:00
Conflict in Ukraine spurs Europe's drive for clean energy03-06-2022, 12:14
Sign in with: