In March, the rise in prices for metallurgical products in all markets will increase - Ukrpromvneshexpertiza

The downward trend that began in January and lasted for more than a month and a half in the regional long-haul markets began to weaken and prices went up again. 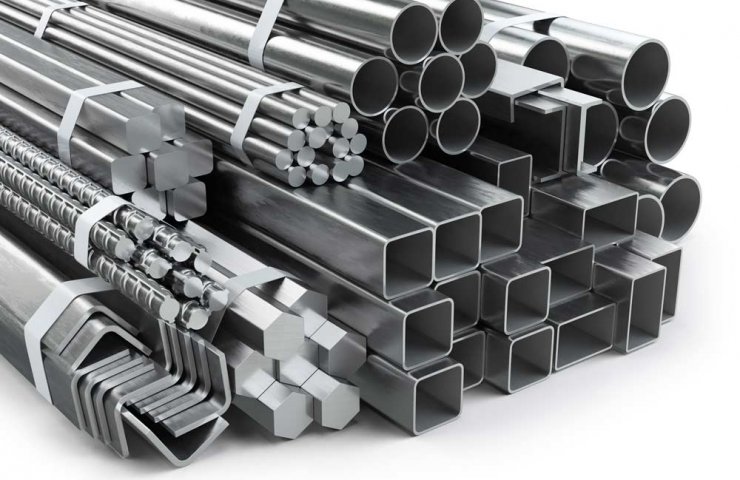 In the second half of February - the first week of March, quotations increased by $ 40-65, depending on the region. The positive price trend was due to the announced state programs to stimulate economic development to overcome the consequences of the pandemic, which increased expectations of a recovery in demand.

In China, the New Year holidays are over, and buyers in most regions have begun to actively replenish stocks, thereby provoking a rise in prices. According to the analyst of "Ukrpromvneshekspertiza" Oleg Gnitetsky, a significant impetus to the rise in prices for rolled products was given by the rise in prices for raw materials. Since mid-February, the price of scrap on the Turkish import market has increased by $ 58-60 to $ 453-460 /t cfr, spot prices for ore in China have risen by $ 18-19 to $ 179.5 /t cfr.

At the beginning of March, the growth of scrap prices in Turkey slowed down, which negatively affected the quotations of rolled products. Domestic billet prices increased insignificantly by $ 2.5, import quotations added $ 7.5. The cost of rebar and wire rod in the domestic market increased by $ 9 and $ 5, respectively. The export offers of Turkish companies rose by $ 10 over the week to $ 645-660 /t fob for rebar and $ 720-730 /t fob for wire rod.

Analysts of Ukrpromvneshexpertiza predict a moderate rise in prices in the regional markets for rebar and wire rod until the end of March. The market will benefit from the rebound in trade in China after the New Year holidays in February and the activation of buyers in the Middle East as stocks are replenished and pent-up demand is covered ahead of Ramadan.

In the second half of February, a positive price trend was observed in most regional flat steel markets. The increase in seasonal demand for steel, as well as the rise in the cost of raw materials and the cost of freight rates, were the main factors influencing the position of manufacturers. As a result, the price level in the segment of thin-sheet steel increased by $ 40-80 /t over the month, while the price increase in the segment of thick plate and semi-finished products was less significant.

So, in China, two weeks after the holidays, the spot price for hot-rolled and cold-rolled steel in Shanghai jumped by 300-340 yuan to 4990 and 5650 yuan /ton, and the cost of ore increased from 161 to 180 $ /dmt ... Export deals for Chinese hot-rolled and cold-rolled steel in early March were closed at $ 710-740 and $ 790-820 /t fob, respectively. The sharp jump in quotations is due to the expected cancellation of VAT refunds on the export of hot-rolled coils, an increase in demand in the domestic market, an increase in the price of iron ore, announced environmental restrictions in the Tianshan District.

At the beginning of March, Turkish producers are offering rolled products manufactured in June, having already increased their prices for hot-rolled and cold-rolled coils, respectively, to 830-850 and 1050-1080 $ /t exw. The current transaction prices are still fluctuating in the range of 810-820 and 1000-1030 $ /t exw.

Sellers from the CIS countries, striving to get the maximum benefit from the situation in the markets of Turkey and China, raise their quotes several times a week. From mid-February, transaction prices in Black Sea ports have increased by $ 55-65 to $ 755-770 and $ 870-880 /t fob for hot-rolled and cold-rolled steel.

Predicting the future situation in the regional markets, Gnitetsky assumes an increase in March prices under the influence of several factors at once: high deferred demand for rolled products from the CIS with delivery in May; shortage of free volumes of rolled products in the Black Sea ports, taking into account the high volumes of contracts with enterprises from the CIS and Turkey; high prices for raw materials and sheet metal in Turkey and China; possible cancellation of VAT refund on export of hot-rolled coils in China.

Финансовая аналитика, прогнозы цен на сталь, железную руду, уголь и другие сырьевые товары. More news and analytics on Metallurgprom telegram channel - subscribe to get up-to-date market information and price forecasts faster than others.
Сomments
Add a comment
Сomments (0)
On this topic
Prices continue to rise in the long and flat steel markets
Sharp price growth continues in the rolled metal market - Ukrpromvneshexpertiza
Positive price growth is observed in the markets for metallurgical products
On the regional markets of metallurgical products, prices are balancing in a narrow corridor
Increase in prices is forecasted in the markets of steel raw materials - Ukrpromvneshexpertiza
The number of deals made in the regional scrap markets is growing
Recommended:
China's Hainan Province to ban internal combustion engines by 2030
Turkey in January-July increased imports of pig iron by 46.7%, tripling purchases in Russia
European non-ferrous metal producers demand action on rising energy prices
News Analytics
Ukrainian court invalidated sale of Ferrexpo Plc shares in 200222-09-2022, 12:45
EU Commission not doing enough to save aluminum industry - associations21-09-2022, 11:07
Steel market in Europe expects big production cuts due to weak demand20-09-2022, 11:13
Ford warns investors to cut car deliveries due to parts shortages20-09-2022, 10:43
The price of lithium resumes insane growth after Elon Musk's remarks20-09-2022, 10:54
China production cuts in winter will give limited boost to steel markets -15-09-2022, 10:09
Steel prices may rise as manufacturers stop production11-09-2022, 14:06
IREPAS: The global long products market is in a "dramatic situation"10-09-2022, 20:49
Steel prices are unlikely to rise significantly in the near future - analysts02-09-2022, 22:58
Steel prices may move up on new data from China31-08-2022, 12:19
Sign in with: